“Concussion” is the story of neuropathologist Bennet Omalu who, while conducting an autopsy on former Pittsburgh Steeler Center Mike Webster, found something in Webster’s brain similar to Alzheimer’s disease that he christened Chronic Traumatic Encephalopathy. 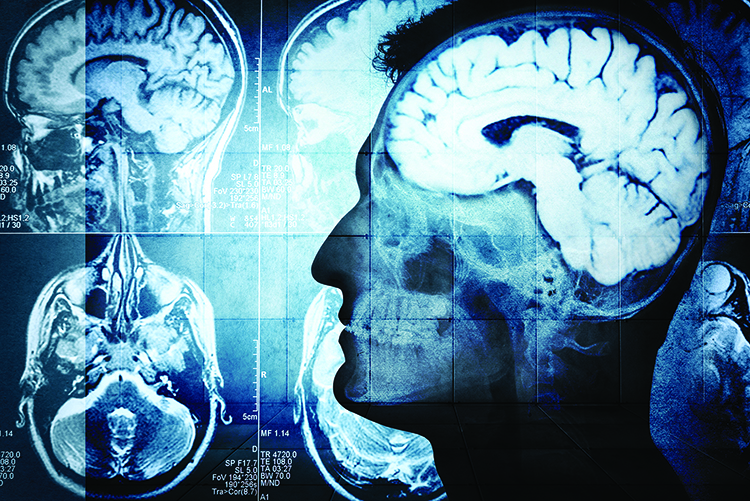 Let me just say here that I was not looking forward to reading the latest offering from journalist Jeanne Marie Laskas. It had nothing to do with the author’s reportorial talents, which are rightfully esteemed. Laskas brings her keen eye and warm wit to the story at hand here much as she has done in previous outings. As a diehard football fan, Concussion just hits closer to home.

A professor and the director of the Writing Program at the University of Pittsburgh (and former Pittsburgh Magazine senior editor) Laskas has a knack for revealing what’s hiding in plain sight. Her latest is no exception. “Concussion” was published late last year in conjunction with the motion picture of the same name starring Will Smith, which was based on an earlier article that Laskas published in GQ. It’s the story of neuropathologist Bennet Omalu. 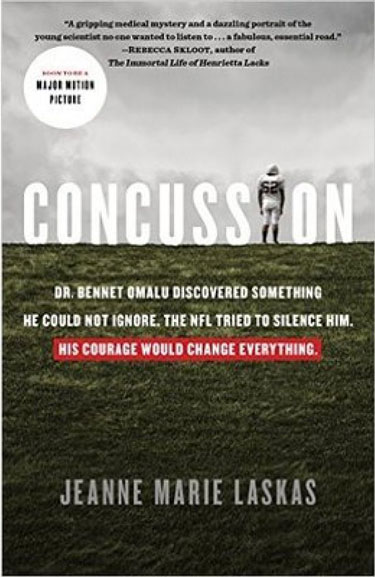 Originally from Nigeria, Omalu worked in the Allegheny County Medical Examiner’s office Downtown under the guidance of the former coroner and medical examiner Dr. Cyril Wecht. It’s here that either coincidence or providence brought the body of the recently deceased 50-year-old Mike Webster, former Hall of Fame center for the Pittsburgh Steelers.

During the autopsy, Omalu found something in Webster’s brain similar to Alzheimer’s disease that he christened Chronic Traumatic Encephalopathy. It had the potential to turn stable men violent, incomprehensible and suicidal. The NFL’s response to Omalu’s findings was hostile, to say the least.

​Laskas, while remaining objective, seems bemused by Omalu. While he’s a deeply spiritual man who often consults with the parish priest, Omalu also is an inveterate clothes horse who insists on the finest fabrics and au courant style. Laskas latches on to this frisson between the ascetic and aesthetic of Omalu’s character.

Most vivid is Laskas’ portrait of Wecht. The former coroner comes across as savvy, self-involved and profane. As depicted here, he is convinced that conspiracies hide in every corner (most notably in the JFK assassination). His energy erupts on the page like a vulgar exploding volcano. Wecht’s relationship with Omalu, however, provides the emotional anchor to what would otherwise come across as a medical procedural. I can only hope that one day Laskas writes a book devoted to Wecht.

As a diehard Steelers fan, I wanted to be left with my illusions about the NFL. I want my conscience to be clean on Sunday afternoons. But by giving voice to Omalu, Laskas has written a book that every football fan needs to read. As fans, we owe it to the men we cheer for from the stands to learn exactly what price is paid for our enjoyment. 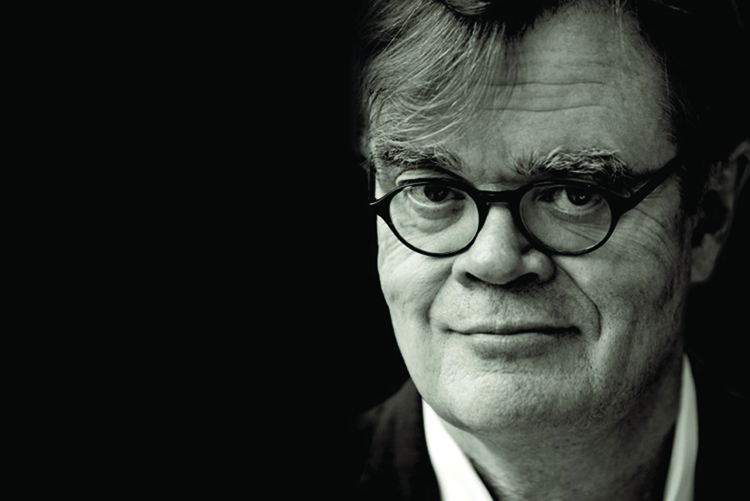 Speak Up
May 15/ Spend your Sunday afternoon with the beloved host of public radio’s “A Prairie Home Companion,” Garrison Keillor. Author of the bestselling novel “Lake Wobegon Days,” as well as the editor of the popular verse collections in the Good Poems series, Keillor’s homespun tales of the small-town Midwest have been captivating audiences for more than 40 years. There will be a VIP reception with Keillor prior to the event.  (Hillman Center for Performing Arts, 423 Fox Chapel Road, Fox Chapel; 412/968-3040, shadysideacademy.org)

May 20-22/ The inaugural 3 Rivers Screenwriters Conference is a three-day event offering budding TV and movie scribes the opportunity to hear firsthand from professional writers, directors, producers and screenwriting teachers. This is a unique opportunity to meet the pros and get the best tips on writing and selling your screenplay through panel discussions and seminars.  (David L. Lawrence Convention Center, 1000 Fort Duquesne Blvd., Downtown; 3rsconference.com)