Book Review: ‘To Brew or Not to Brew’

A woman in fictional Lawrenceville investigates the suspicious death of her head chef, all while trying to open a brew pub on schedule and find time for a little romance with an ex-hockey player. 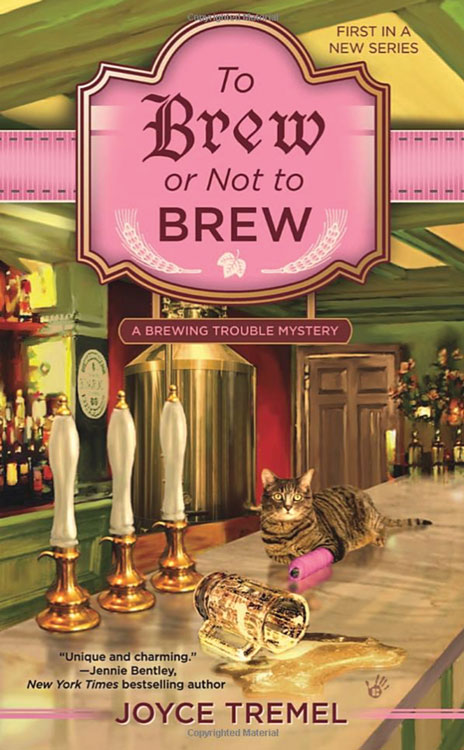 The plot to roughly 99.9 percent of all mystery novels boils down to the following: Someone gets killed; someone tries to find the killer. There you have it. What could be more simple? And yet writers have been spinning variations on this hoary old story for what seems like forever.

The delight we readers take in a whodunit has little to do with the mechanics of the plot. Sure, there’s fun to be had in the guessing game we play with the author, who leads us down deadend after exasperating deadend while tossing clever red herrings to and fro as if they were beads at Mardi Gras. But the true test of a great mystery novel is the pleasure to be had in the company of the characters. Philip Marlowe, Miss Marple, Kurt Wallander, Stephanie Plum, Dave Robicheaux — these are characters we want to spend time with even when they aren’t on the job. Sam Spade standing in line at the DMV? Yeah, I’d read that book.

Maxine “Max” O’Hara, the star of Joyce Tremel’s debut, “To Brew or Not to Brew,” may not quite be in that august company of detectives, but she’s off to a decent start.

Max’s dream is to open The Allegheny Brew House, a brewpub specializing in traditional German beers, in fashionable Lawrenceville. In real life, the neighborhood is home to several of the area’s finest breweries including Hop Farm, Roundabout and an outpost of Full Pint as well as the old Pittsburgh Brewing Company, makers of Iron City beer. It’s a nice bit of verisimilitude.

When Max’s head chef dies under very suspicious circumstances, she launches her own investigation of a rogues’ gallery of neighborhood characters, all while trying to open the brew pub on schedule and find time for a little romance with an ex-hockey player.

“To Brew or Not to Brew” is the sort of book in which a character who runs a florist shop is named Daisy, and the neighborhood sweets shop is owned by, you guessed it, Candy. Tremel’s desire to keep things light errs in the direction of cute a little too often. The resolution to the mystery has a distinct Scooby-Doo quality complete with a bit of mustache-twirling monologuing from the villain. I’d call the book a tea-cozy mystery, but considering the venue of the murder and my love of puns (clearly shared by Tremel),
I’d call it instead a beer-koozie mystery.

​Tremel is a solid writer and, despite the aforementioned cutesieness, “To Brew or Not to Brew” is very enjoyable. Of most interest to this reader, Tremel’s story grazes the subject of gentrification, which is a real hot-button issue in the East End right now. Moving forward (and Tremel has a second book in the series, “Tangled Up in Brew,” coming soon) I’d like to see the real world issues facing the neighborhood front and center in the author’s fictional Lawrenceville.

To Brew or Not to Brew by Joyce Tremel; Berkley Prime Crime; $7.99 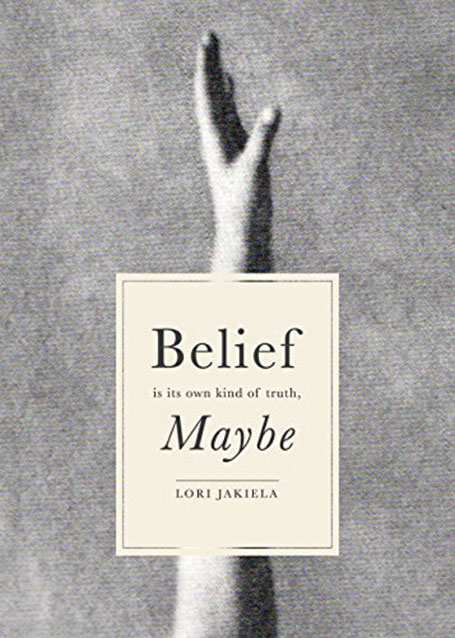 Speak Up
March 26/ Lori Jakiela’s latest memoir, “Belief Is Its Own Kind of Truth, Maybe,” documents her search for her birth mother. Jakiela is a rare find: a writer graceful enough to discover the comedy lingering in the saddest of stories and gimlet-eyed enough to see the sad truths buried in the core of the best jokes. She’ll read with Greensburg poet John Dorsey and Bloomfield bard Jason Baldinger. (East End Book Exchange, 4754 Liberty Ave., Bloomfield; 412/224-2847, eastendbookexchange.com)

March 11/ The MadFridays reading series takes place on the second Friday of every month and features members of the Madwomen of the Attic Writing Workshops through Carlow University. March’s installment features Sarah Williams-Devereux, a poetry professor at Carlow, and Kay Comini, a retired welfare caseworker. Williams-Devereux’s work has appeared in Sampsonia Way magazine and Pittsburgh City Paper, and Comini has been published in Poet Lore and Pittsburgh Quarterly.
(Delanie’s Coffee, 1737 E. Carson St., South Side; contact Kayla Sargeson at sargesonkm@gmail.com)