”Right there, we had a prima facie case that we were warming the planet and affecting Earth’s climate system.” The Madhouse Effect 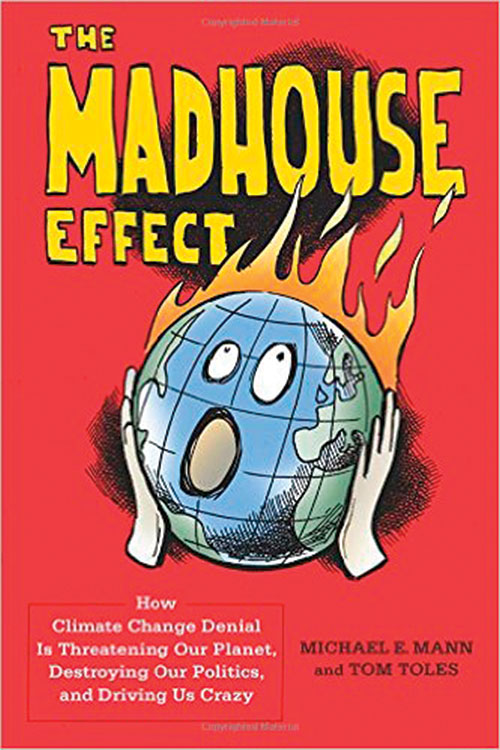 The Madhouse Effect: How Climate Change Denial Is Threatening Our Planet, Destroying Our Politics, and Driving Us Crazy
by Michael E. Mann and Tom Toles
Columbia University Press; $24.95.

Once Donald Trump was inaugurated as the 45th president of the United States of America, it took no time at all for nearly all references to climate change to vanish from the White House website. In March, Trump’s newly appointed head of the Environmental Protection Agency, Scott Pruitt, appeared on CNBC. In an interview, host Joe Kernen asked whether “it’s been proven that CO2 is the primary control knob for climate?” Pruitt answered, “No. I think that measuring with precision human activity on the climate is something very challenging to do, and there’s tremendous disagreement about the degree of impact.”

I’m not sure what is more disconcerting: The absurd idea that there is a control knob for climate, as if we could simply adjust it to our liking in the same manner we adjust a radio dial for reception on a Pens game, or perhaps the false claim that there is “tremendous disagreement” in the scientific community regarding the negative impact of human activity regarding climate change.

Authors Michael E. Mann and Tom Toles have dropped a much-needed voice of reason into the current volatile and highly politicized debate on climate change in their new book, “The Madhouse Effect: How Climate Change Denial Is Threatening Our Planet, Destroying Our Politics, and Driving Us Crazy.” Mann is a distinguished professor of atmospheric science and director of the Earth System Science Center at Penn State University, while Toles is a Pulitzer Prize-winning cartoonist for the Washington Post who has addressed the climate-change debate in his editorial cartoons for many years. Together they have created a calmly rational guide to the decidedly irrational arguments surrounding this looming planetary crisis.

The authors set the tone right away. “There is a fire in the house, almost a literal one. But even as the evidence has become unmistakable, and even though the alarm has been sounded several times, public policy has been paralyzed — sometimes from ignorance, sometimes from uncertainty, but often from a campaign of deliberate misinformation.” Nor do they mince words when peeling layers of opinions away from the central truth: “Two basic facts underlay climate science, and they were there from the beginning. First, carbon dioxide (CO2) was well known to be a heat-trapping gas. Second, humans were significantly increasing the amount of CO2 in Earth’s atmosphere through the burning of fossil fuels and other activities. We were in fact well on our way to doubling it. Right there, we had a prima facie case that we were warming the planet and affecting Earth’s climate system.”

What follows is a breakdown of how political language can corrupt the original intent of concepts such as scientific theories, how the media plays up the debate and what the planet has to look forward to if the current administration refuses to acknowledge climate change as the problem that it is. And Toles provides plenty of funny cartoons throughout “The Madhouse Effect” — like a spoonful of sugar that helps the medicine go down. 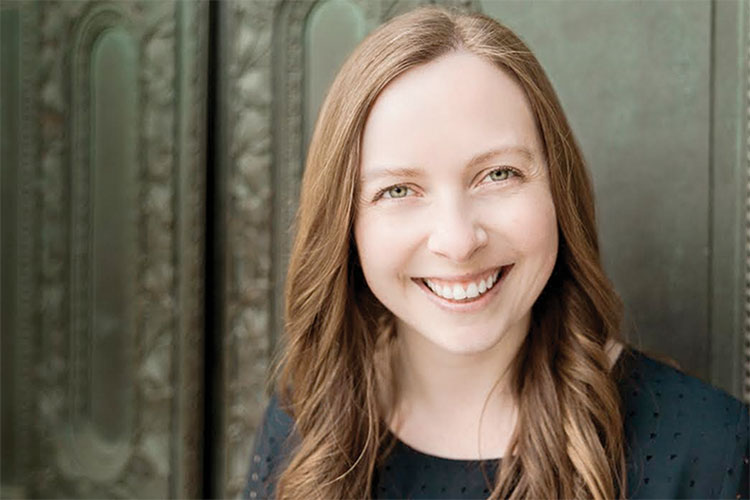 May 12/ Marissa Landrigan celebrates the launch of her new book, “The Vegetarian’s Guide to Eating Meat: A Young Woman’s Search for Ethical Food” with a signing party at White Whale Bookstore. An assistant professor of writing at the University of Pittsburgh at Johnstown, Landrigan has published essays and food writing in The Atlantic, Guernica and Salon. She runs the local Acquired Taste Reading Series. (4754 Liberty Ave., Bloomfield; 412/224-2847, whitewhalebookstore.com)

May 26-27/ The 2017 Creative Nonfiction Writers’ Conference brings together publishing professionals, literary agents, editors and writers with the goal of walking you through “everything you need to know about writing and publishing narrative nonfiction today.” Editors will be on hand from major publications such as Esquire, The New Yorker, Harper’s and The Paris Review for the keynote discussion on Friday. Writers of all levels are welcome. (Point Park University, Downtown; creativenonfiction.org) —KC