The fan-favorite snubs the city to expand its craft brew empire in the suburbs. 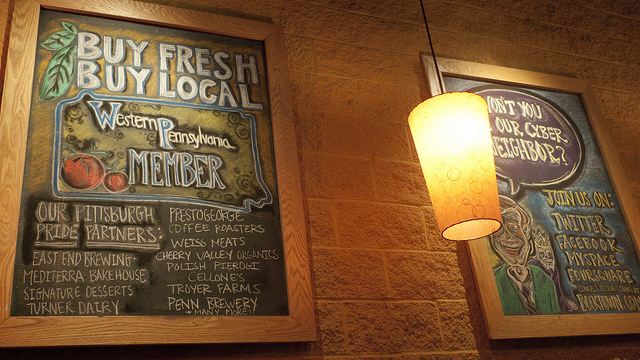 We ‘Burghers have a peculiar attitude with the area just outside of town. Unlike the metropolis on the other side of the state, where people living in a 100-mile radius refer to themselves as from “outside Philly,” when we say “Pittsburgh,” we generally mean, you know, Pittsburgh.

Most of us do, in fact, live beyond the ducking and weaving borders of our fair city proper; furthermore, we are usually fiercely defensive of our chosen borough or township.

But many of us suburbanites do not extend loyalty to the fringes of the city in general, only to our own. I love Edgewood, you love Sewickley; you’re passionate about Oakmont, you keep trying to convince me that West View retains its charm. We love where we live, but when we leave, we go into town—or at least into Oakland or Squirrel Hill or Shadyside, a neighborhood within the city limits.

So when faced with a desirable destination in the ‘Burbs, we hold out hope that they will eventually relocate (or, at least, expand) a bit closer to downtown. Such has long been the case with beloved Robinson institution Bocktown Beer and Grill. One of the region’s flagship spots for beer snobs, the restaurant has long convinced us city folk to venture through the maze of Robinson Town Center in search of bold infusions, great local food and a welcoming atmosphere. So it was suspected that, like its beer aficionado predecessor Sharp Edge, expansion would bring Bocktown inward.

And when they finally did announce plans for a second location this year, it was determined that the new branch would take root in…

“I knew that it was missing out here,” explains Chris Dilla, Bocktown Founder. “I want to bring the city edge to the suburbs.”

Dilla is a long-time Beaver County resident, having made her home in Raccoon Township since 1999. Her husband works on the nearby Ohio river, and she enjoys living and working somewhere with room to breathe.

“We’re adults now, and we don’t need to be elbows-to-elbows with the South Side crowd just to get a beer,” she says. 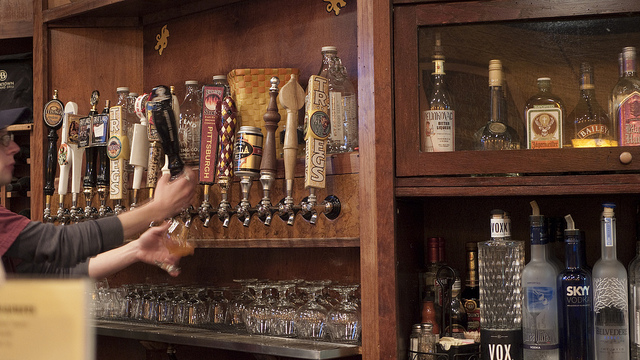 The desire with both Monaca and the original, she explains, was to create an experience that was previously only available in the city. And this location, just like the original, succeeds in that attempt. The 16 rotating craft beers—featuring titans like Dogfish Head and Founders, as well as more regional picks like Full Pint and Rust Belt—provide something for every taste, and a great sampler for anyone looking to expand their knowledge and taste.

400 more are available in the bottled “Beer Library.”

And the food, much of it locally sourced, rivals any forward-thinking brew pub you can name. The apps are tempting enough to make a meal out of, from Mussels Diablo and the appropriately named “Carnivore Trio” to the addictive Beer Cheese and Pretzels, which I nearly ruined my appetite devouring. Trying to sort through the main menu is a challenge, since everything looks great; sandwiches and burgers are the specialty, but there’s plenty more to sample (and ask for a pairing suggestion to match your brew nicely.)


Did someone say "apps?"

Events, ranging from regular features like Beeried Treasure evenings and the debut of new infusions to live music and appearances, provide yet another reason to turn up. Tonight, for example, they’ll be tapping a firkin of the coveted Southern Tier Pumking at 6 p.m., leading into a live performance by Hoodoo Drugstore at 9. Just be sure to buffer in some extra time if you come out; only a week after opening, the place is usually packed, with Dilla reporting a wait of up to an hour many nights.

The point being that Bocktown Monaca is worth the trip, and yet another piece of evidence that should make you reconsider your aversion to nightlife beyond the tunnels. The food and beer are great, the place is inviting, and Dilla is right—it’s certainly nice to be able to have this experience beyond the crowds and chaos of a Carson Street now and then. And that draft will taste all the sweeter for actually having to travel a bit to get to it.

Get in on this ‘burb favorite now, and if you’re too far away, hope that the next Bocktown expansion comes a little bit closer to your stomping grounds. Dilla hopes to continue building her beer empire in the coming years. And all new locations, she promises, will remain in the suburbs.

This article appears in the September 2011 issue of After Dark.
Categories: After Dark