The 32-year-old bar, known for Polish fare and live music, is shuttering due to increasing insurance costs. 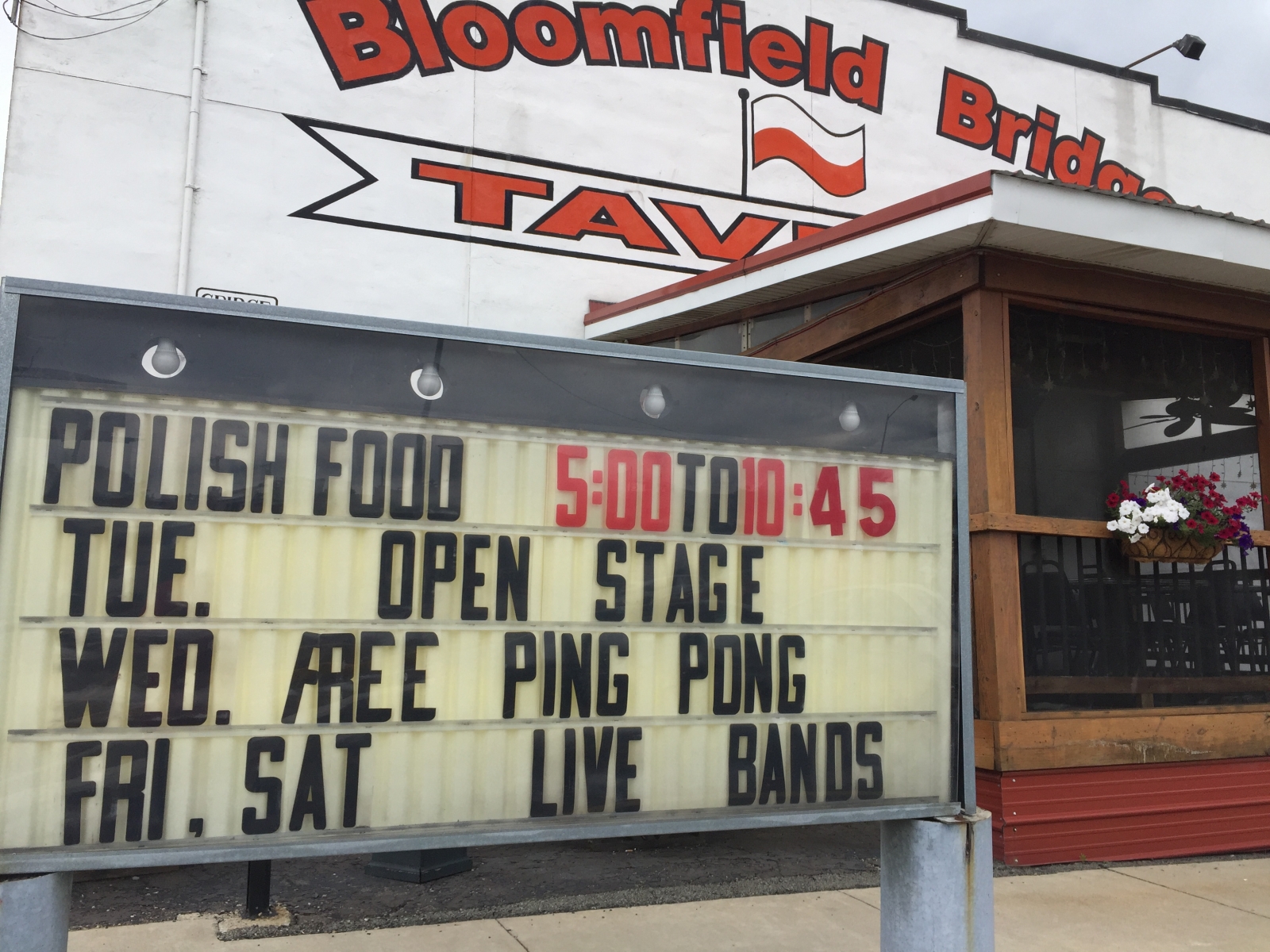 Were the Bloomfield Bridge Tavern to open its doors on Nov. 12 of this year, the 32nd anniversary of its birth would be observed at precisely 7 p.m. — the exact time when, in 1985, the paperwork was finalized and the Bloomfield pub served its first customers.

No beer will be poured, however, to mark the BBT’s 32nd birthday; owner Steve Frankowski confirms that the neighborhood spot will not reach that mark. The Bloomfield Bridge Tavern is set to permanently close its doors; its final night of business is set for Oct. 21.

Since 1985, the BBT has been known for its affordable drinks, Polish fare and fire-hall-style feel. Its pierogies and haluski are something of an outlier in the predominantly Italian neighborhood, but many Pittsburghers of Polish ancestry regard the authenticity of the fare as unparalleled. Frankowski boasts that the food at the BBT is the second-best Polish grub in town — any Polish relative of yours who can cook is first, he jokes.

In the 21st century, the BBT also became recognized as a haven for the fringes of the local music scene. Punk and alternative groups, including touring up-and-comers seeking an intimate venue, took to the bar’s small stage after dark; thanks to a 14-year run hosting drum-and-bass DJs, the bar also became a landmark for Pittsburgh’s small electronic-music scene. It’s a dichotomy not found at too many other area watering holes: Eastern-European ’Burgh bar by day, hangout for twentysomething revelers by night.

A trio of misfortunes made it impossible for the bar to remain in business, Frankowski says. Two patrons were injured during events; each filed a lawsuit against the bar. Then, a 2016 power surge caused electrical damage.

“It’s just not cost-effective to be open, for what the insurance would be,” Frankowski says. “My 25-year history of never having a claim doesn’t matter; all that matters to them is the last four years.” He says he’s been operating at a loss for about a year and is no longer able to continue.

Frankowski’s father, Stanley A. Frankowski, opened the Bloomfield Bridge Tavern in 1985. He brought his son into the business early; before his death in 2005, Stanley formally sold it to Steve. “He figured he wanted to keep the traditions going,” Frankowski says.

That was the younger Frankowski’s intention until the insurance problems took hold; “I planned on working another 30 years,” he says.

Frankowski says community and patron support has been widespread since the spectre of closing was raised. “It’s been so nice having customers come again — a lot of these young kids have tried to do a GoFundMe,” he says. He has declined all such attempts, though, feeling that there is no longer a financially viable path forward. He is moved by the effort, however. “That’s very nice, and that they wanted to do that made me feel really good.”

Frankowski is not seeking a buyer for the building; given its age, he explains, the costs of converting it into another type of business would be prohibitive. This makes it unlikely, to say the least, that another bar or music venue will take over the space; currently, Frankowski plans on using the bar space as an office while renting an attached apartment, which he also owns.

Sheila Evans, who handles the event side of the BBT’s business, is hard at work bringing in current Pittsburgh bands — and reuniting former acts — to bid farewell to the bar between now and Oct. 21. Fortunately, there’s plenty of time for patrons young and old to return for farewell Polish Platters.

While bar and restaurant closings are a fact of life, however, those that ingrain themselves into the city’s fabric in the way that the BBT did are not so easily replaced. The East End of Pittsburgh will never want for performance spaces, beer and decent meals. It will, however, be the worse for the closing of this particular corner of the city.