Starting as a rogue action from a group of artists, the mural has sparked conversation. 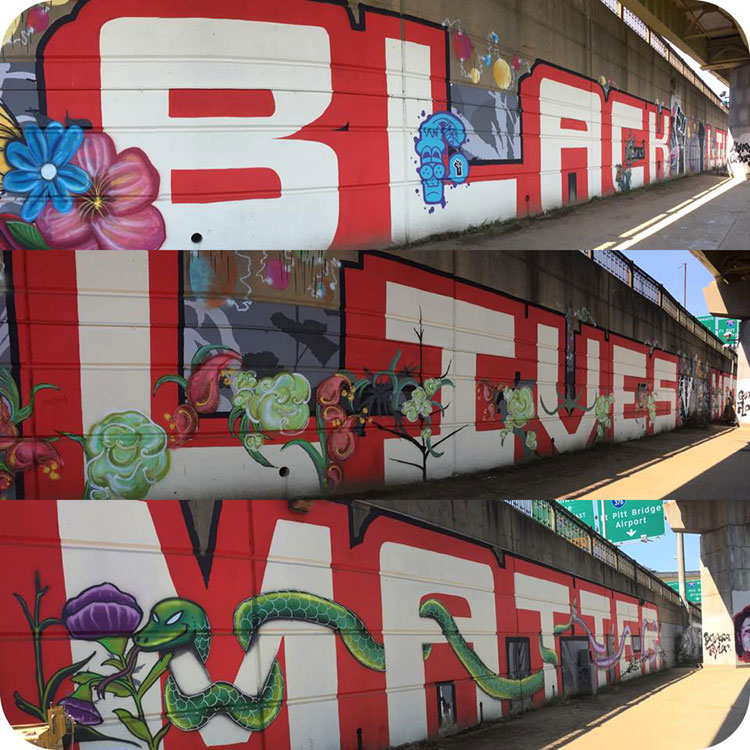 People wandering Downtown have probably noticed the 12-foot high “Black Lives Matter” letters that boldly span a wall by the Allegheny River. What started as a spur-of-the-moment, guerilla action by a group of artists has turned into a large-scale mural that includes artwork from a variety of Pittsburgh artists.

On June 6, a group of artists gathered at 5 a.m. to begin working on a Black Lives Matter mural under the Fort Duquesne Bridge after days of protests in response to the murder of George Floyd, a Black man from Minnesota killed in police custody. Conor Clarke, a house painter, and Joshua Krajnak, a carpenter, initiated the plan to graffiti the wall. Because it was not a sanctioned action, the artists initially remained anonymous. 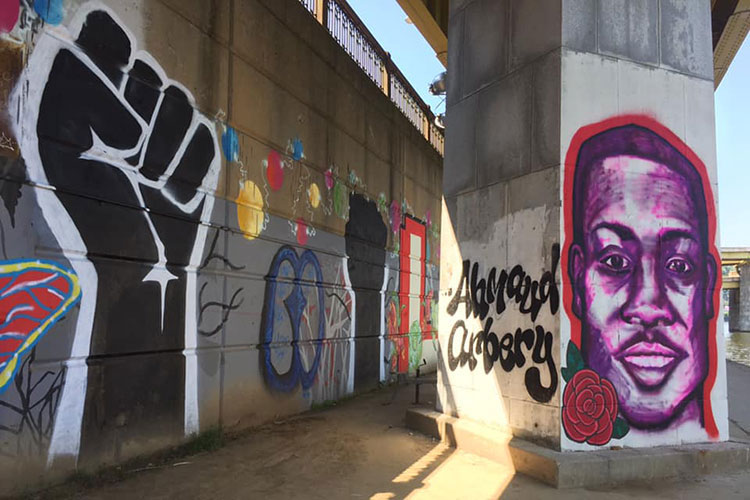 They had reached out to a Black muralist, James “Yaya” Hough, based in Philadelphia, to paint portraits of some of the recent victims of police brutality. He had to back out of the project, so they reached out to street artist Max Gonzalez, who painted the portraits of George Floyd, Breonna Taylor, Ahmaud Arbery and Antwon Rose II.

“It’s important to [put] faces and identities to Black Lives Matter and let people know that this isn’t just a statement; these are real people,” Gonzalez says.

The original mural, “Adjutant”, that the Black Lives Matter lettering painted over, was done by local artist Kim Beck. In 2015, she was commissioned by River Life Pittsburgh — a nonprofit dedicated to the redevelopment of Pittsburgh’s downtown riverfronts, Beck painted a mural of intertwining weeds, which she says is a metaphor for things people tend to overlook. 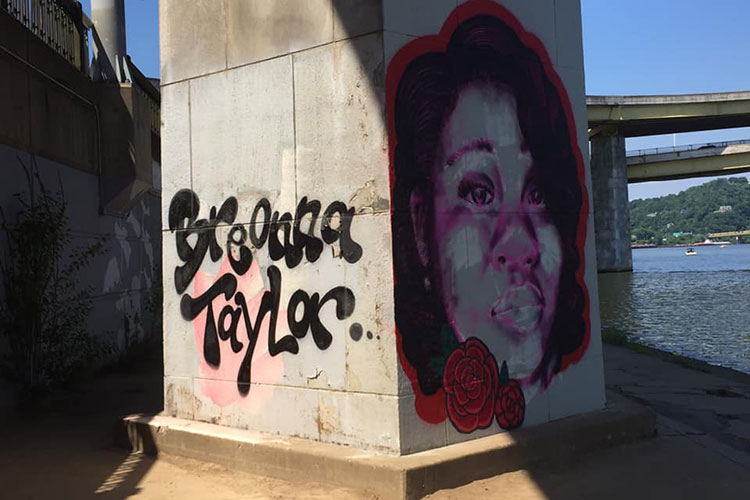 Gonzalez says he asked Beck’s permission to use the weeds as a backdrop to the Black Lives Matter message, and Beck says she was “thrilled to see the space used for such an important statement.”

“I felt like it was a really great way of redirecting what my piece had originally been thinking about into something that’s really important for us to talk about, especially in such a public place like that,” Beck says. “The weeds were meaningful and my work tends to be more metaphorical than direct, but this is a moment where we need very direct statements.”

Beck says her piece was never intended to be permanent and she thinks it is powerful that it has turned into a collaborative effort. 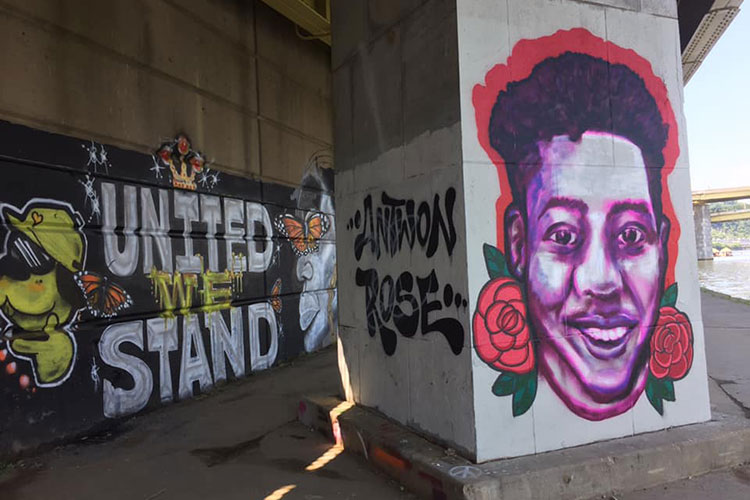 After the artwork was finished, additional artists — particularly Black artists — were called upon to add to the mural due to controversy surrounding the group of primarily white artists who initiated the project. However, Gonzalez says rumors about the group being “all white” is false since he is a person of color. He also says one of the reasons why more Black artists were not included in the first place is because it was a guerilla action that was not legal.

The mural was not given official sanction until it was complete; Mayor Bill Peduto has issued an order to the city’s public works department and others not to clean or paint over it, according to Peduto’s spokesperson Tim McNulty.