Big Jim's in Greenfield is Why You Need to Ask Around

The virtues of getting an old-fashioned, word-of-mouth recommendation on corner bars — starring Greenfield staple Big Jim's. 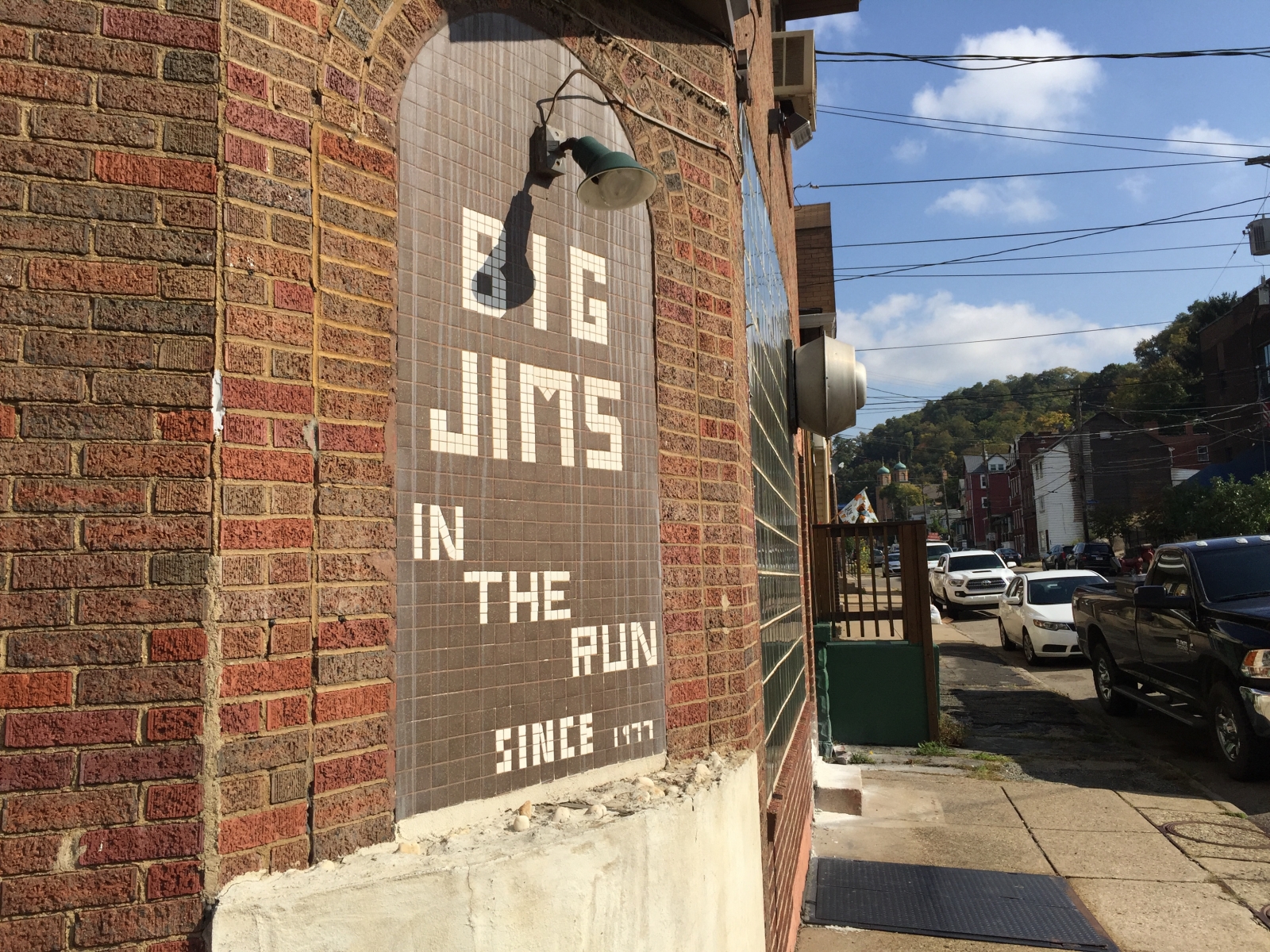 We’ve got a lot of bars around here, as you may have noticed. So many that even those of us well-versed in seeking out the unusual and off-the-beaten-path watering holes cannot fully possess a comprehensive institutional knowledge of Pittsburgh pubs.

The solution, even for someone who has written a nightlife blog for … you know what, I don’t want to consider how long … is: Ask around. Sure, most people are set in their ways and generally only patronize a few bars on a regular basis. But odds are good that among that number will be a neighborhood favorite I’ve never encountered.

In fact, a recent request led me to a neighborhood I’ve never encountered.

A friend mentioned Big Jim’s when I asked for a bar that served lunch, promising giant portions and corner-bar atmosphere. The bar’s website lists it as part of “lower Greenfield,” a phrase I’m not sure I had heard before; the area is colloquially called “the Run” or “Four-Mile Run.” For a sense of location, it’s directly underneath the Parkway East, just where 376 curves away from the river en route to the Squirrel Hill Tunnel. (When I used to live in Edgewood and would find myself backed up in traffic directly above this neighborhood, I used to think, ‘I wonder what’s down there.’ The more you know.)

I don’t know if this is a feature in other cities, but in Pittsburgh, the line of demarcation between a neighborhood bar and a sports bar is clear: In a sports bar, people are watching ESPN. In a neighborhood bar, people are watching the local news. This was the case when I walked into Big Jim’s, providing the official soundtrack of a yinzer watering hole: news updates and commercials peppered with sardonic comments from the folks at the bar.

The promise of mountainous food choices was accurate. I ordered a fish sandwich and was greeted with two mammoth breaded filets contained within an utterly overmatched roll; this was enough fish for a family of four, and it was good (as was a hearty side of coleslaw and the pub-staple cheese sticks I started with). I’m intrigued enough to head back for the calzones; the menu requests the patron indulge the kitchen in a 45-minute cook time. I’m no chef, but I know that means a staggeringly loaded calzone.

The remarkable thing about Big Jim’s, though, is the bottle list. Most places that look like this offer your standard domestics, a handful of faux-microbrew labels and maybe one or two big-name imports; here, dozens of choices included locals from Penn, Church Brew Works and more with about 15 rotating seasonal choices (picked for robust fall flavors rather than the ubiquitous pumpkin sweetness).

Big Jim’s — which recently opened a second location in Southpointe, of all places — could use a few more taps for draft beer, and the prices were not as low as some of its hidden-gem brethren. But it’s a perfect Pittsburgh oasis, the sort of spot that exists in your mind as the prototypical ’Burgh hangout, with friendly, inviting staff.

And I never would’ve noticed it without a recommendation. I might never have been on the same street without asking around. Even if you have your go-to hangouts and feel like you need no more, see where your friends are drinking. There might be a new favorite hiding underneath your daily traffic jam.