Some of the new lanes are expected to be in place by the end of the month. 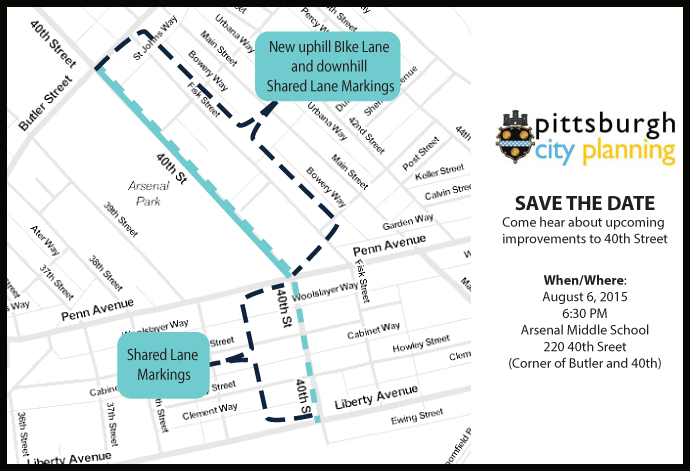 2015 likely will go down at the year Pittsburgh began the transition to a bicycle-friendly city.

Later this week, on Aug. 6, Saunders will host a meeting to discuss proposed bike lanes on 40th Street between Butler Street and Liberty Avenue in Lawrenceville. That meeting is at 6:30 p.m. at Arsenal Middle School, located at 220 40th St. 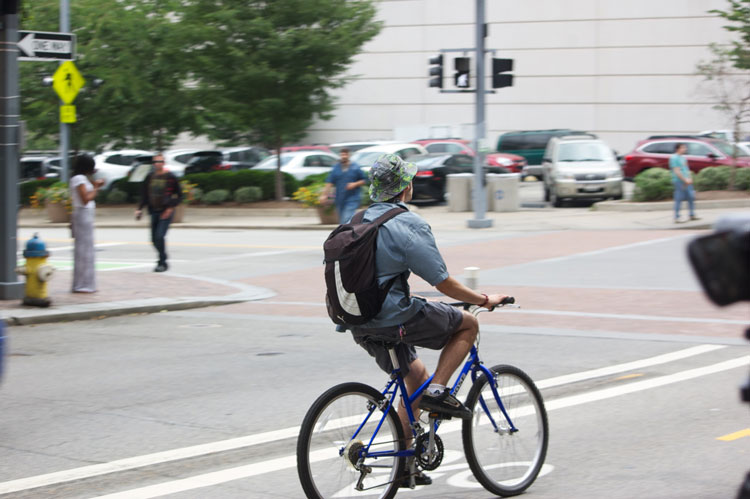 The plans for Oakland include a pair of reserved bike lanes to be installed on the stretch of O’Hara Street, Bigelow Boulevard and Bayard Street, extending from DeSoto to North Neville streets. Saunders says the lanes, which will be 4- to 6-feet wide, will take space away from the existing vehicle lanes and get rid of some lightly used on-street parking. Another two blocks of eastbound Bayard from North Neville to Morewood will be given shared lane markings," the Pittsburgh Post-Gazette reports.

The new lanes are expected to be in place by the end of the month.

Unlike the lanes in downtown Pittsburgh, Oakland’s impending bike lanes won’t have posts to separate them from car traffic. But some intersections will have left-turn boxes for cyclists to ride in front of stopped cars while they wait at red lights.

Another bike lane also will be added where Bigelow makes a left turn at O’Hara Street, dropping to Fifth Avenue. And the city is planning on extending the Schenley Drive bike lanes to where the street merges with Roberto Clemente Drive and adding bike lanes from there to Forbes Avenue.

Not everyone likes these latest plans.

"You are encouraging usage of a road that is used for emergency vehicles, almost primarily. It is just foolish, foolhardy, and I'd better stop talking," one woman tells WTAE-TV.

In her presentation, Saunders reported that while just 2.2 percent of Pittsburgh residents are bicycle commuters — that's a 400 percent increase over previous counts by the U.S. Census Department.

“There is not a lot of bicycle infrastructure here, we’ve had auto-centric planning for some time and we’re trying to correct that,” Saunders tells the Post-Gazette. 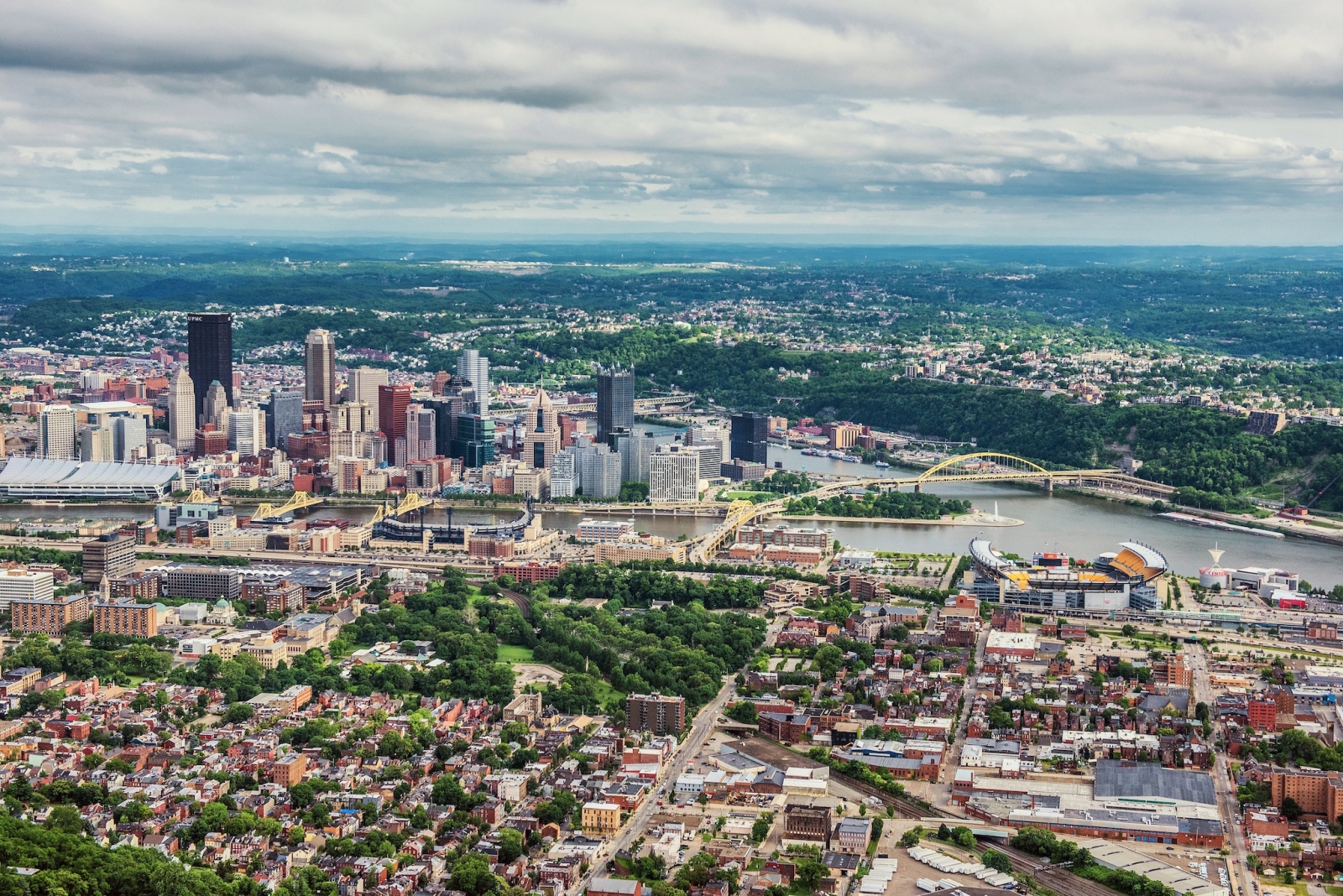 Pittsburgh is among just two U.S. cities to make Metropolis Magazine's list of most livable cities in the world. The other U.S. city mentioned in Indianapolis.

Each city made the list for a different reason. Pittsburgh is getting props for its preservation efforts.

"Pittsburgh, like so many other Rust Belt cities, faced huge hurdles with the decline of its steel industry. But it is overcoming many of these challenges thanks, in great part, to its preservation movements, neighborhood renewal projects, and active communities," the magazine writes.

“We have a significant group of foundations here,” Raymund Ryan, curator at the Heinz Architectural Center at the Carnegie Museum of Art, tells the magazine. “Whether it’s about supporting exhibitions or organizing people to discuss neighborhood or heritage issues, there is a great amount of will here.”

In case you're curious, the magazine considers Toronto the world's most livable city. 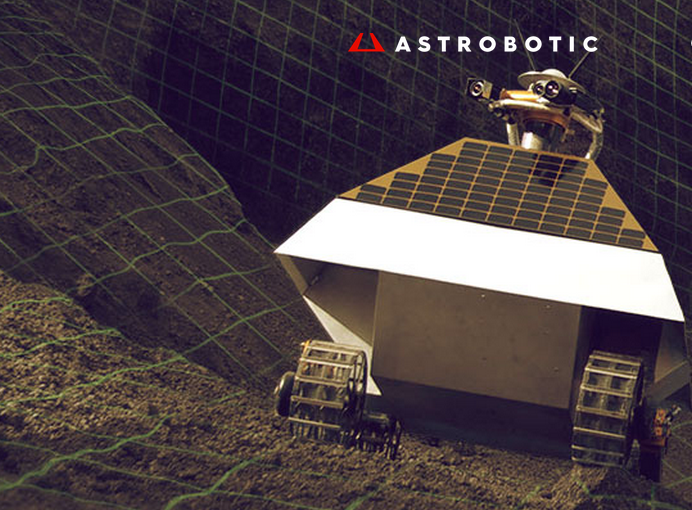 #FlyMetotheMoon: … But first stop at the White House

The company's work to place robots on the moon has earned Strip District-based Astrobotic a trip to the White House.

President Obama will host the first White House Demo Day on Tuesday, which will feature entrepreneurs from around the country. Instead of pitching their ideas, the businesses will share personal stories and latest innovations with attendees. Astrobotic will show off a prototype lunar rover, as well as its Autolanding Sensor Technology.

Astrobotic was founded at Carnegie Mellon University in 2007, when robotics engineer William Whittaker developed a project to compete for the Google Lunar XPRIZE. Since then, Whittaker and his team have flown hardware systems into orbit for other businesses and organizations. They aim to make space tourism, mining and exploration more efficient through their work.

Want to see the space adventurers in action? Check out the live webcast starting at 3:40 p.m. Tuesday.