We shine the light on some of our favorite new restaurants that are giving the local foodie scene a boost of energy.

To acknowledge the happenings in Pittsburgh’s dining scene, we wanted to shine the spotlight on a half-dozen of our favorite spots that offer a unique experience. Each restaurant is still relatively new (none are more than two years old) and has attracted a loyal following for such specialties as mixed drinks and Japanese eats. 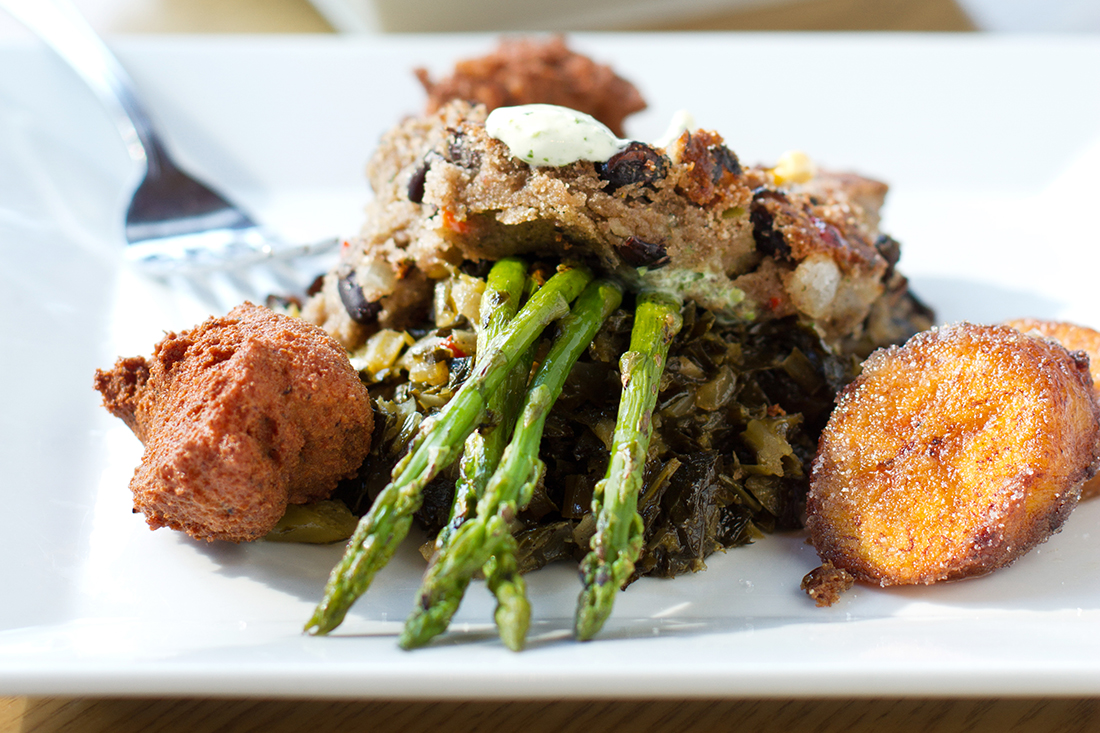 When Jamie Wallace opened his original eatery, Abay Ethiopian Cuisine, in 2004, locals were impressed that he brought an underrepresented cuisine to Pittsburgh. Fast-forward several years, and you’ll find Alma filling that same role, showcasing flavors from Latin America with African influences. Menu items list the country from which they receive inspiration; for example, the delicious braised chicken dish has Peruvian origins. Sandwiches are served on standout bread from a nearby bakery. You can’t leave without getting a glass of freshly squeezed limeade and sorbet. Wallace enjoys helping the community and often gets involved with local events by offering to host shindigs in his space or donate food. 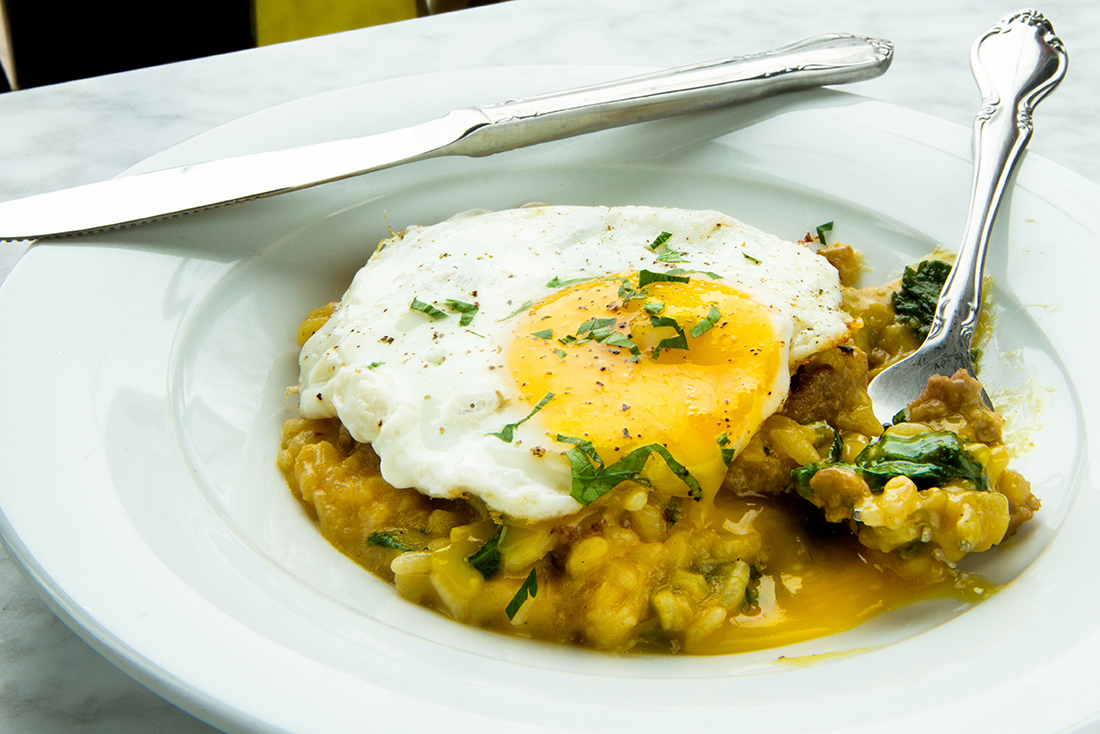 No-Menu Mondays have altered the collective perception of “collaborative dinners.” Bar Marco’s unique weekly event affords established and newcomer chefs alike to take over the kitchen for one night; they create a short list of dishes, have some fun, earn a profit and attract a new crowd of diners. There are other reasons to visit Bar Marco, though — namely for cocktails and/or brunch. On the weekend, you’ll find brunchtime treats such as buckwheat pancakes and broiled grapefruit with ricotta, perfectly prepared by chef de cuisine Jamilka Borges. The business-savvy founders transformed the Strip’s historic firehouse into a space housing their beloved hot spot, plus the upstairs Union Hall and downstairs cocktail lounge. They’ve also helped spearhead community initiatives related to Food Revolution Pittsburgh. 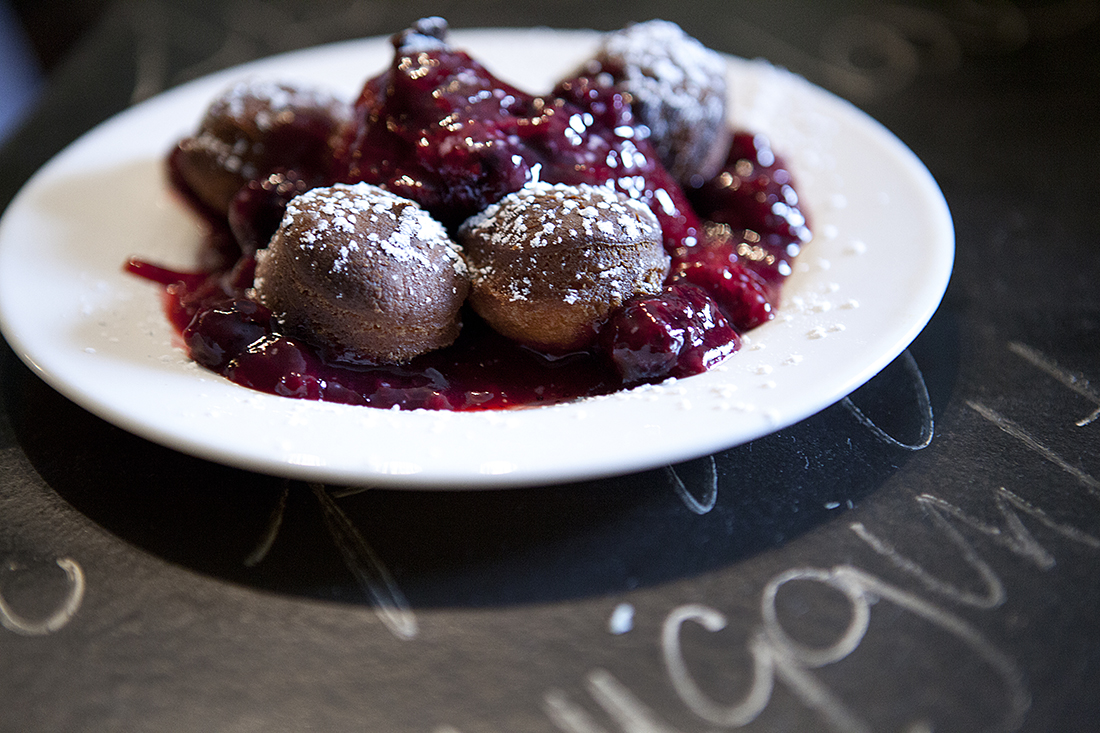 With a motto like “bring your bottle; bring your mess,” you know the E2 crew is fun and laidback — the kind of people you’d befriend. The small gem in Highland Park provides an outlet for chef/owner Kate Romane to serve rustic food, featuring ingredients from the farm on which she lives, in an intimate setting. The famous OMG options (starters whose name stands for “Oh my gosh — I’m so hungry!”) range from the ever-popular Gorgonzola mess to the roasted red peppers. Weekend brunch brings sweet choices such as the doughnut menu offerings and savory treats starring Brussels sprouts. The monthly Sunday Sauce dinners allow loyal patrons to come in, enjoy a family-style meal and make memories. 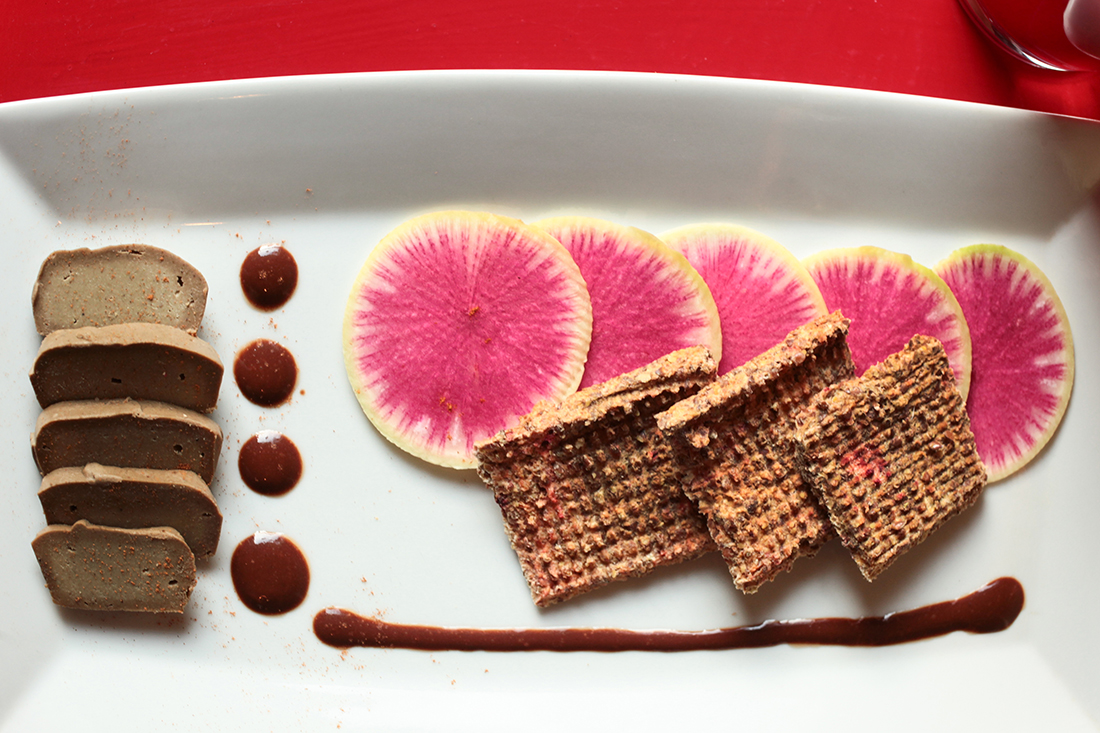 Restaurants like Eden show how fun vegan food can be. Reinventing traditional favorites such as foie gras, chef/owner Hilary Zozula inspires locals to eat healthy, and even experiment in their own kitchens with fruits, veggies, nuts and dairy alternatives. Her menu changes seasonally and always includes a few hot items, plus a chicken add-on for those who can’t do without meat. Friendly servers deliver feel-good food, including our go-to vegan breakfast burrito. The lineup primarily includes raw dishes, which can range from pizza to salad to “ravioli.” 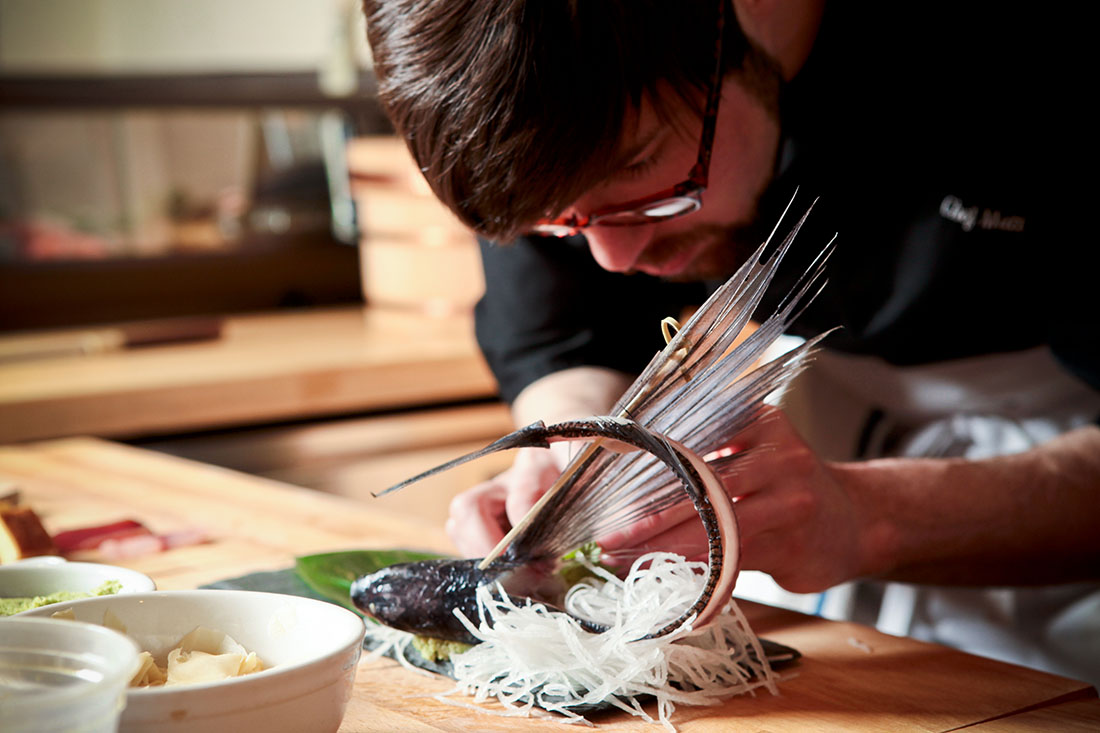 Pittsburgh may be home to innumerable sushi joints, but Fukuda should always be the first stop. Executive chef/co-owner Matt Kemp and his crew take pride in their creations, working to prepare dishes just right and sourcing the best possible seafood, including fish from Tokyo’s Tsukiji Market. Ordering only sushi would be a mistake, for chef Kemp puts a personal spin on Japanese-inspired dishes that may slightly push you outside your comfort zone; two examples are the salt-roasted fish head and takoyaki, a street-style starter comprising octopus, scallion and housemade okonomiyaki sauce. Get a pot of tea or bring your own bottle of sake to sip as you check out the hip environment, and camaraderie between chefs and servers. The Fukuda team has officially taken its in-demand eats on the road via a food truck that can be found at various mobile-food roundups. 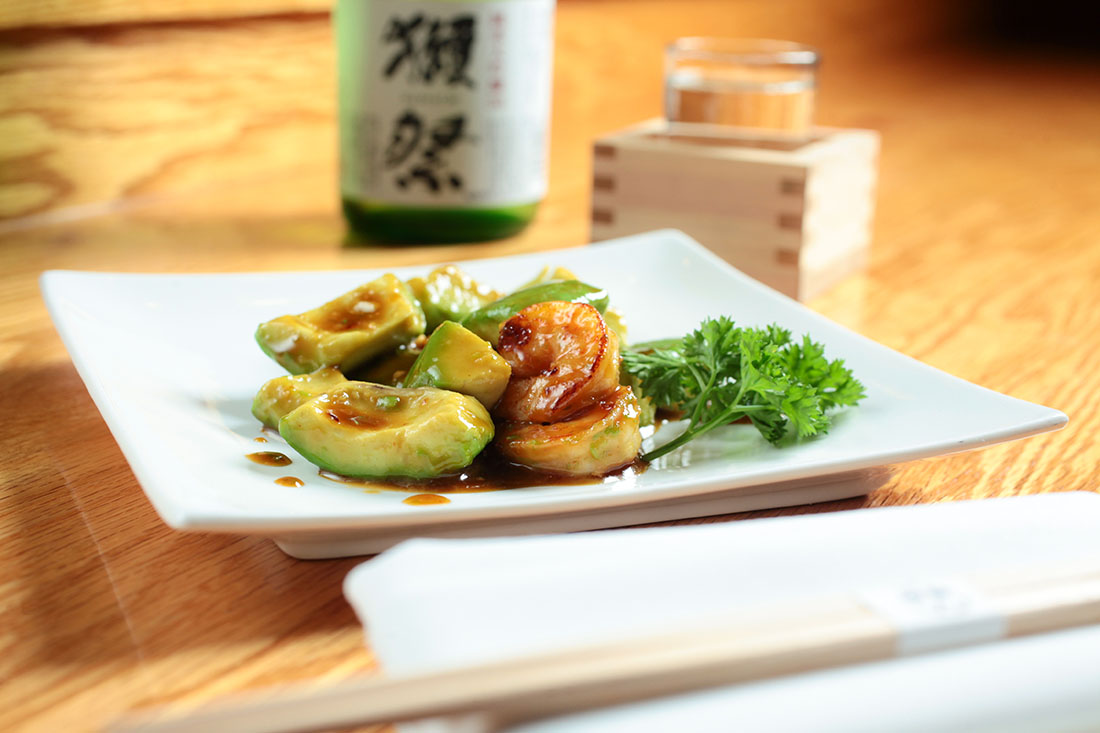 Previously, sushi was the only thing that came to mind when Pittsburghers heard “Japanese cuisine.” Chef Kevin Chen changed all of that by serving authentic food that goes well beyond nigiri. You’ll want to try the “pancakes,” okonomiyaki and hiroshimayaki, which have been the topic of many discussions between local foodies. Decadent and filling, they are Japan’s answer to the potato pancake. Hiroshimayaki comprises the same ingredients as okonomiyaki (fillings typically include a few meats or veggies) — it’s just layered with egg noodles and topped with a grilled egg. This place is often packed, and regulars enjoy having a choice when it comes to seating — sitting at the grill watching chefs at work or kneeling on the floor while sharing food with friends. Grab a pair of chopsticks, and get ready for a memorable dining experience.

This article appears in the June 2013 issue of Pittsburgh Magazine.
Categories: Best Restaurants