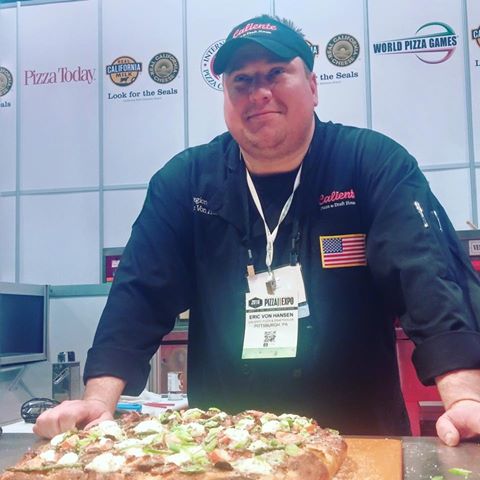 When most people think pizza, they think New York or Chicago. Soon, however, Pittsburgh might steal the spotlight.

Recently Caliente Pizza and Drafthouse, a pizza shop with locations in Bloomfield and Allison Park, was a winner at the International Pizza Expo in Las Vegas. Eric von Hansen, Caliente’s chef, took home the first place prize and $4,000 in the competition’s Pan Pizza Division.

"[The pizza] was inspired by the days when I was young and coming up through the ranks learning French fine dining cuisine,” Von Hansen said about his creation in a press release. “I wanted to take that knowledge and put that onto a pizza and bring the memories back.”

Pittsburghers will be able to try the prize-winning pizza soon; Von Hansen says that Caliente plans to add “The Quack Attack” to their menu once the team returns to Pittsburgh.