Five physicians who provide outstanding care to women in our region. 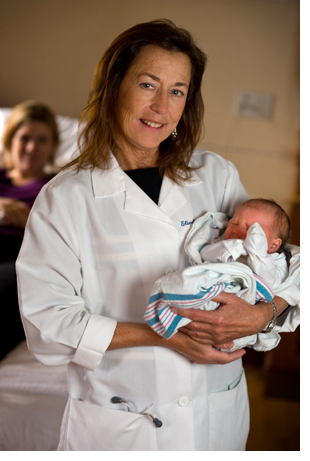 Obstetrics and gynecology was my last rotation in medical school, and it appealed to me immediately. It’s great because it combines medicine, surgery, the whole person and the whole family. You really share the important parts of women’s lives.

I started practice in Pittsburgh in 1987, and now, I’m delivering the babies of the babies I delivered. The expectation among women now is that labor is pretty pain-free. There’s a lot more discussion about labor and birth, and more options for medications and techniques. I recently had a patient who delivered here as her husband joined in via webcam from Iraq.

Most pregnant women are very motivated to improve their health when they are pregnant. They quit smoking, control their high blood sugar and generally try to do better. Not always, though—meth use, for instance, is a growing problem in our region that poses big challenges in pregnancy.” And children having children is an issue. I recently delivered a mom who was 13.

We have several midwives in our practice, but I still like to do my own deliveries. It’s nice to share that moment, that personal touch. And later on, when women come back for their annual checkups, they tend to share what’s on their minds. We can pick up on thyroid issues, depression, fatigue and domestic assault.

I believe that it’s important to demonstrate the importance of women in communities. I’ve done some volunteer work in rural Guatemala; I can see myself doing medicine outside the country when I retire. People have a lot to give. Talking to them inspires me.

I’ve taken courses in herbal medicine in the past, and I’ve just completed a certification in traditional Chinese acupuncture in San Francisco. There were people there from all over the world. I’m interested in alternative therapies. I think there is a role for pre- and post-surgical acupuncture in American OB/GYN care—we already put needles everywhere! I would like to figure out how to incorporate that into my practice. 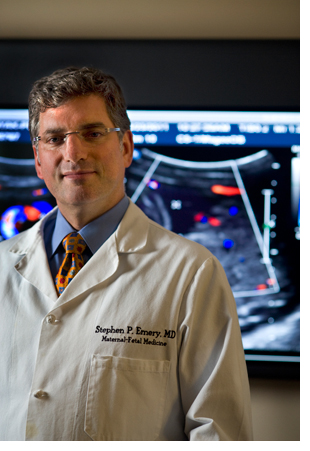 At Magee, we have been performing laproscopic surgery on fetal twins to correct a problem called twin-to-twin transfusion syndrome (TTTS). With identical twins, about 10 percent of the time, the blood flow through the placenta is unbalanced, which can be fatal to both babies. They share a peril. With early diagnosis, we can use laser surgery in utero to arrest the transfusion process.

Here’s my magical story: One of the first successful procedures we did was on twins who were born at 35 weeks gestation. Usually, the babies we deliver go straight to intensive care. But here were these two little girls with their mom, healthy and perfect. They should have been dead. I felt like, We did it! I couldn’t believe it.  We have a fundamental impact on people’s lives—preventing lifetimes of suffering before they even happen. That is cool.

When I began practicing in the late 1990s, prenatal diagnosis was just starting. My first fetal surgeries then—on anemic babies, transfusing blood into the umbilical cord—are now routine. Now, thanks to our donors in the 25 Club, we have the equipment to do these lifesaving procedures—we’ve done about 15 in the past 18 months—that are just bandaid surgeries for the mom. Moving forward, we believe that we can apply what we’ve learned for in utero repair of spina bifida. We can also use new techniques to correct other problems, like cardiac defects or holes in the diaphragm.  We can prevent these conditions surgically with a needle, a wire, and a balloon.

We do a lot of work with the folks at Children’s Hospital. It’s not one person—it’s a whole, giant “us” bringing the weight of the institution to bear on a case. For some procedures, we may have as many as 30 people in the O.R.

These are complex decisions for families. You don’t talk anyone into anything.  Ultimately, the family makes the choice. We offer help based on the choice they make. That’s what is special about Magee: The buck stops here. If it should be done, we should offer it. 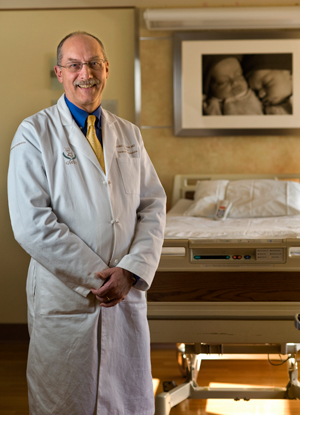 I have a vivid memory of sitting by a coal stove, drinking coffee at age 9. On our farm in northwestern Pennsylvania, my dad would go weeks at a time without sleep during calving season, delivering the cows.

As a doctor, I’m a retread. I taught high school for several years and was considering nursing school before I decided on Pitt Med.  I made my first delivery in the spring of 1979—what a rush!

When I look at an ultrasound of a baby, I see a little human being. And patients who get to see their baby’s ultrasound have an improved relationship with the child later on. It’s fascinating. You check to make sure the baby’s symmetrical, through the head and chest and abdomen. You make sure the parts are all there. You learn to recognize what’s in the normal range. You see three-dimensionally how the baby fits in the space.

Ultrasound imaging has changed dramatically. It used to be that you could image a baby’s heart at 18-20 weeks. Now we do screenings at 11-14 weeks.

In an ultrasound, you’re providing reassurance—99.9 percent of the time things are OK. Anything I can do to reduce worry is important. You can’t tell whether or not that baby is going to Yale, but you can create a biophysical profile—sort of an in utero Apgar score—that replaces invasive testing. You can detect bowel obstructions or cardiac abnormalities. Screening is critically important. In the last four months alone, several babies delivered in our region have died from undiagnosed heart defects.

When I give bad news, I’ve found it’s best to be upfront. There’s nothing black-and-white, so you don’t go beyond certainties. You take it one step at a time. You watch. And you draw a lot of pictures.

Over the past 32 years, I’ve delivered eight sets of quadruplets—two of them in one day. That means I’ve delivered one percent of all the quads in the United States.

From what I’ve observed from the mothers we treat, I would never have a man as a patient. Compared to women, they’re crybabies!

Hope for Women With Breast Cancer 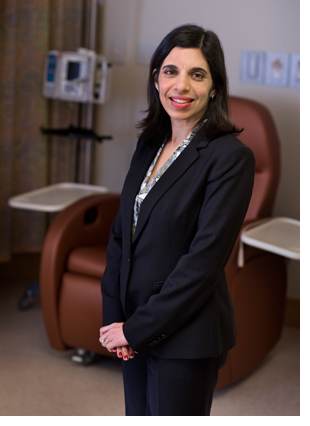 In breast cancer work, we see two types of patients: the ones who go through treatment, conquer and move on, and those who face serious emotions as they face mortality. There’s a real bond with patients that’s hard to describe. At first diagnosis, they’re frightened. They’re in uncharted territory with new medical terms and technologies. You have to gauge how much information people want during that first visit. Then we lead them through the best options.

Now, cancer survivors are living longer than ever before. Some of them are still patients 10 years later—they’ve seen my kids grow up.

People ask if working with oncology patients is sad. But overall, I get a positive feeling. The majority of our patients do very well.

I’ve spent a lot of time—the past 11 years of my professional life—on huge clinical trials, through my training and fellowships here. Pittsburgh is the headquarters of the National Surgical Adjuvant Breast and Bowel Project. For the past 50 years, NSABP has worked on clinical trials that have changed the way that breast cancer is treated—and, now, prevented.

Recently we developed a prediction model to help assess the risk of heart failure in individual breast cancer patients prior to treatment with Herceptin and chemotherapy. Now, we’re looking more closely at how Herceptin works in cases of HER-2 tumors, which are often caused by genetic mutation. The chance to participate in these cutting-edge trials offers great hope to women. In working with patients I can see how the clinical research makes an immediate impact on their lives.

My colleagues and I form equally strong bonds. Shannon Puhalla is not only a co-worker and fellow researcher—she’s a friend. 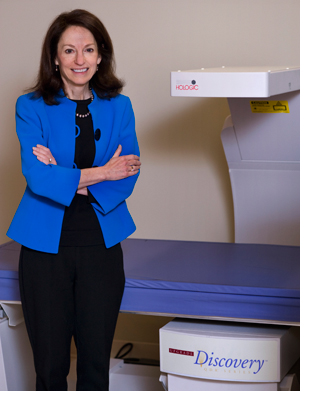 Bone is like skin. We constantly remake it. But each year, more women in the U.S. die from hip fractures than breast cancer—over 300,000. It’s a huge, huge issue. A few decades ago we had limited tools to screen and treat osteoporosis. In the mid-1990s I became involved with the clinical trials for bisphosphonate, a new class of medications, that showed real benefit. Now, we have both the ability to scan for the disease before a fracture and successfully treat it. The field has blossomed. It’s exciting.

I had a 70-year-old patient when I first came to Pittsburgh whose sister brought her in a wheelchair. She used to take care of her grandchildren, but she’d had a fracture and then became severely depressed. She was so debilitated. It turned out that she had a Vitamin-D deficiency and celiac disease—so she wasn’t absorbing calcium and then had a fracture. It was a triple whammy. It didn’t happen overnight, but a year after beginning treatment, she was walking in a walker. Two years later, she was walking on her own—when she came into the office, she hugged me. That was one of my most rewarding cases. Many times, patients think it’s too late to regain their bone strength. I tell them the good news: It’s never too late, at any stage.

I’m a walker and a runner. My staff walks during its meetings every Monday. On days when it’s really gorgeous, we go down to the lake in Schenley Park. When we’re feeling really energetic, we walk up “Heartbreak Hill” to the Pete. The important thing is to keep moving.

This article appears in the January 2012 issue of Pittsburgh Magazine.
Categories: From the Magazine, Hot Reads, Top Doctors