Once a disco-era disaster, this master bathroom in Wexford went from dark and dated to a contemporary classic. 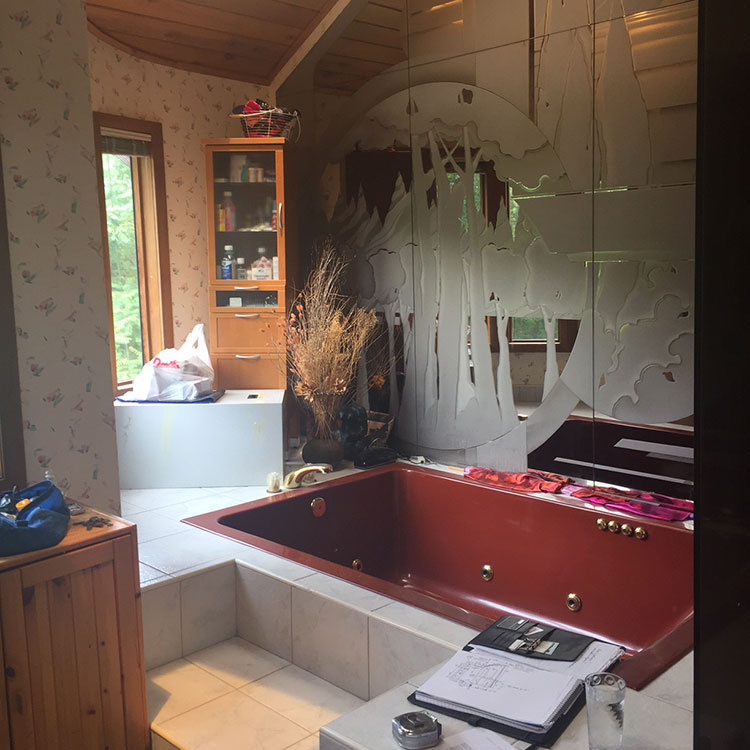 When interior designer Lauren Levant first walked into the bathroom of Monica Barback and Greg Siegle’s home in Wexford, one thought jumped out at her.

Before Levant and fellow designer Paul Bentham got their hands on it, the master bathroom featured a red platform jacuzzi tub positioned in front of a mirrored back wall and a cream wallpaper with pastel designs. 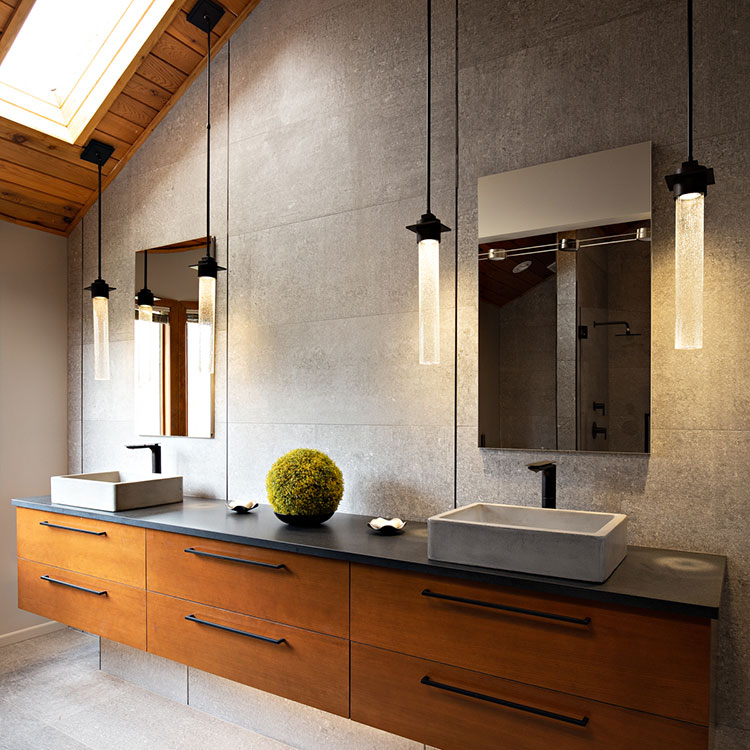 Following months of preliminary design meetings, then two months of construction, the design team managed to transform the disco-era bathroom into a Japanese-inspired, urban zen retreat. Its metamorphosis from dark and dated to a spacious contemporary spa was this year’s pick for Best Bathroom Renovation.

“They had struggled for storage,” Levant, owner of Lauren Levant Interior in Shadyside, says of the cramped master bathroom. “The shower and vanity were an afterthought. And they were really just not enjoying the little cave of the shower they had.”

Despite the room’s rather large footprint, the space felt tiny, says Siegle. 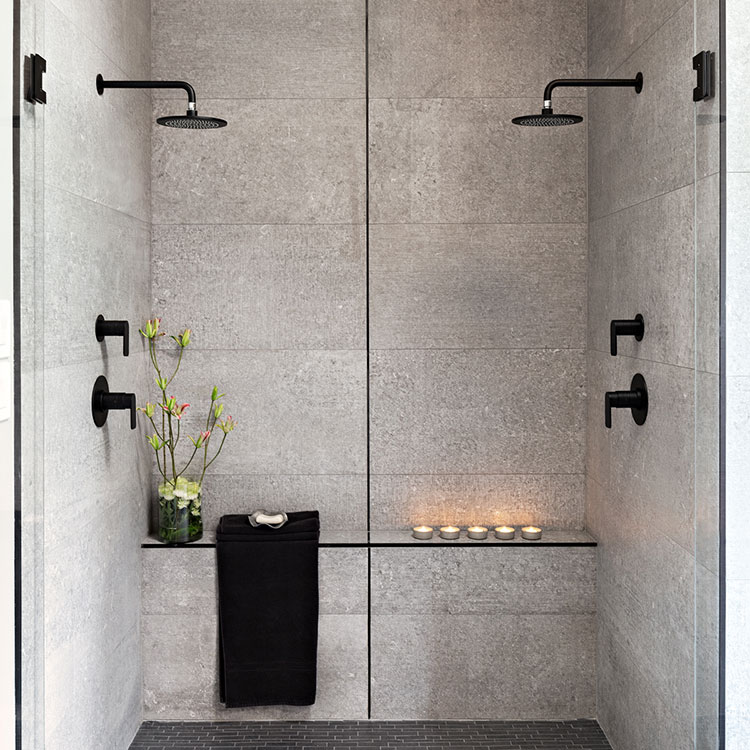 The culprit for the lack of space and wonky layout? A large platform jacuzzi tub. It cut the space into oddly shaped chunks and occupied the majority of the room. These days, many clients are opting to remove them, Levant adds.

After getting rid of the jacuzzi, reprioritizing the square footage became most important. The location of the shower was flipped to open the back wall and create a long vanity with plenty of drawer storage. Barback says the spacious, dual-head shower is now one of her favorite elements of the room. 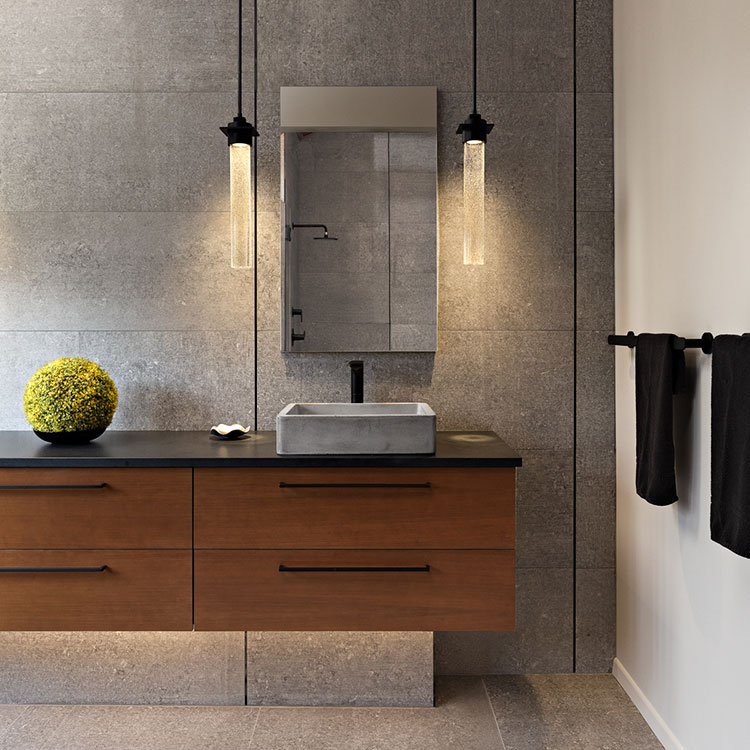 Levant says the height, angle and material of the ceilings — wooden planks in a medium cedar color —  inspired the project.

“The material on the ceiling was in good enough condition that we were able to reuse that,” says Levant. “I thought it would really play the ceiling up best if we kept the lines really clean [and] not introduce a lot of color.”

The ceiling, which meets the wall at about a 45 degree angle, already had a skylight built in, but the design team made it larger to allow more light into the room. 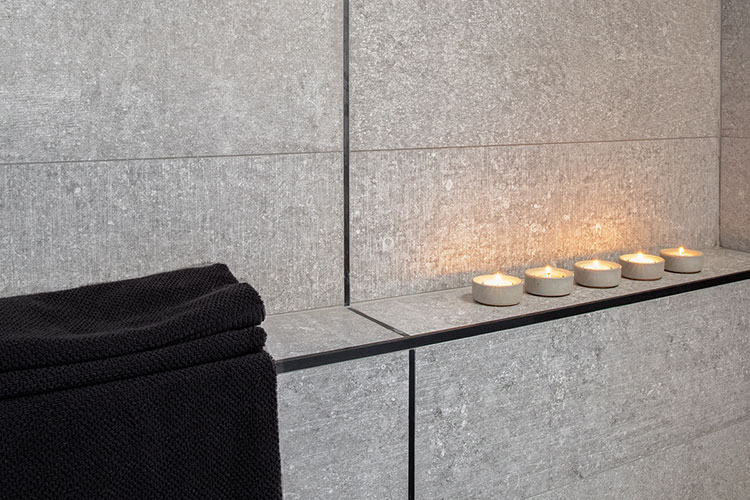 Levant says she and Bentham tied the couple’s desire to use organic materials with industrial design trends. The tile on the floor and in the shower is porcelain, not concrete, which is both better for the environment and easier to keep clean. The tile is smooth on the floors but textured on the walls to add interest to the room.

A bit of real concrete was added to the space for the sinks, which sit atop the large floating vanity. The amenities also received a significant upgrade. Siegle requested a self-cleaning Toto Washlet toilet after admiring them during travels in Japan.

“A toilet that cleans itself all the time? Who wouldn’t want that?” he asks. 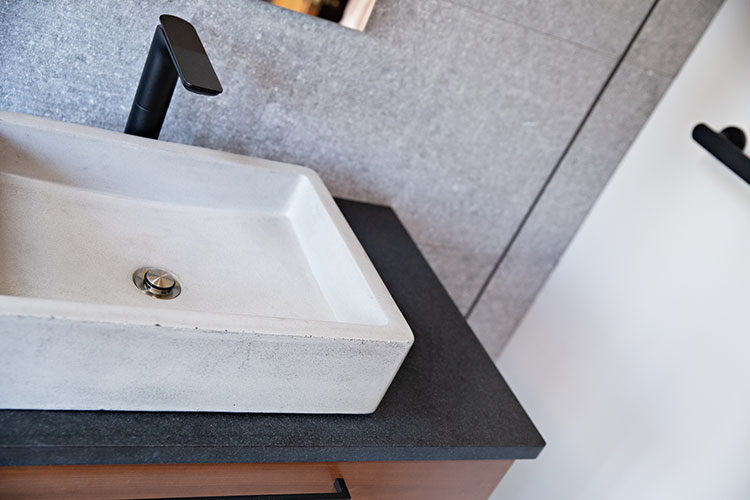 “We’ve wanted to do it for quite some time,” adds Barback. “When you have things stuffed in corners, you don’t realize how messy it makes things look. It always looks clean now.”