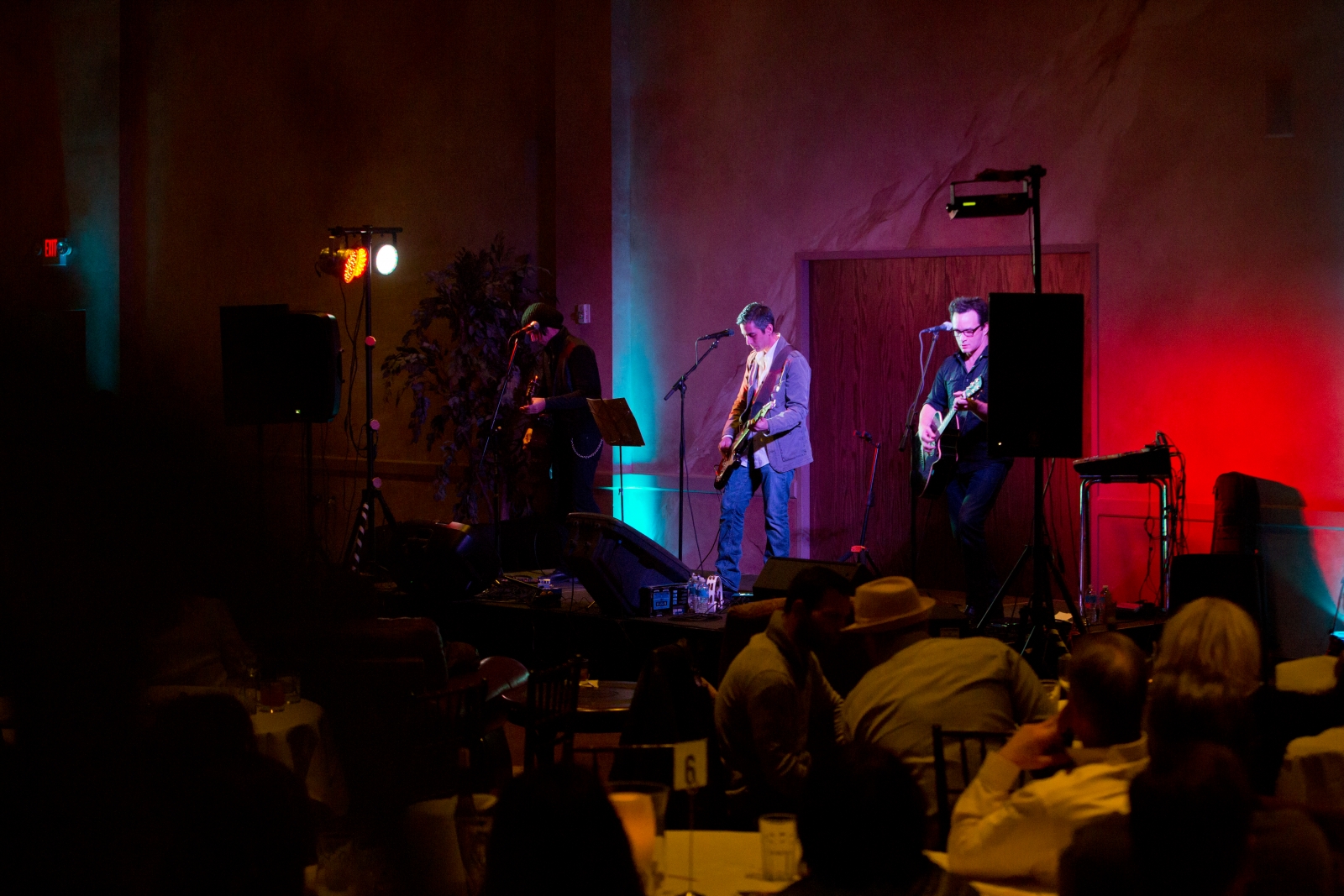 If one were to rank the enjoyable elements of attending a wedding reception, the food and drinks undoubtedly would top the list.

I mean, some might say something about love and romance, but that’s really more for the immediate family.

Not on anyone’s list of favorite things about a reception: uncomfortable clothing. Bringing a gift. Drawn-out rigamarole. Negotiating the appropriate amount of time to stay. Dramatic and/or cutesy bridal-party introductions. That thing where you think the bride and groom are going to get to your table next, so you don’t go back to the cookie table, and then they go to a different table instead so you end up sitting there for like 40 minutes with no cookies.

Well, rejoice, because there’s a way to get the good stuff — great food, great entertainment and a great place to hang out — without all the drawbacks.

Canonsburg’s Bella Sera has launched a Friday-night concert series, bringing live music into its beautiful event space. And rather than simply set up a stage and open the doors, chef/owner Jason Capps opted for a seated, dinner-and-a-show experience.

“I don’t do events that don’t involve food,” he says. “That’s a very important component for me.”

Unlike many event spaces, Bella Sera is a food-first kind of place. The spot now opens the doors each weekday afternoon (under the name Bistro at Bella Sera) for a knockout lunch buffet; it also offers catering services and occasional cooking classes.

Appropriately, then, the food is themed to the entertainment. When Clarks frontman Scott Blasey comes in for a solo set on April 17, the menu will be Pittsburgh-themed: pierogies, kielbasa, stuffed banana peppers. For local country stalwarts Ruff Creek on March 27, it’ll be a Southern barbecue.

Tomorrow, Franklin-born jazz singer and songwriter Jessica Lee will be joined by guitarist Mark Strickland for an evening of jazz and blues. That’ll mean a Chicago theme to the menu: beans and greens, a stockyard beef carving station and more (including a Lenten option, of course).

Also on the schedule: Cajun-influenced party band No Bad Juju on April 3 and double-duty cover band Bon Journey on May 1.

It’s a formula for a good time — and what’s more, a relaxing one. In many cases, going to dinner and seeing a show can be a bit of a hassle; here, it’s positively soothing. Capps and his crew may be onto something here. Don’t be surprised if you see other event spaces following suit.