Behind the Scenes with “Vintage Rehab’ Star Ally Mahon 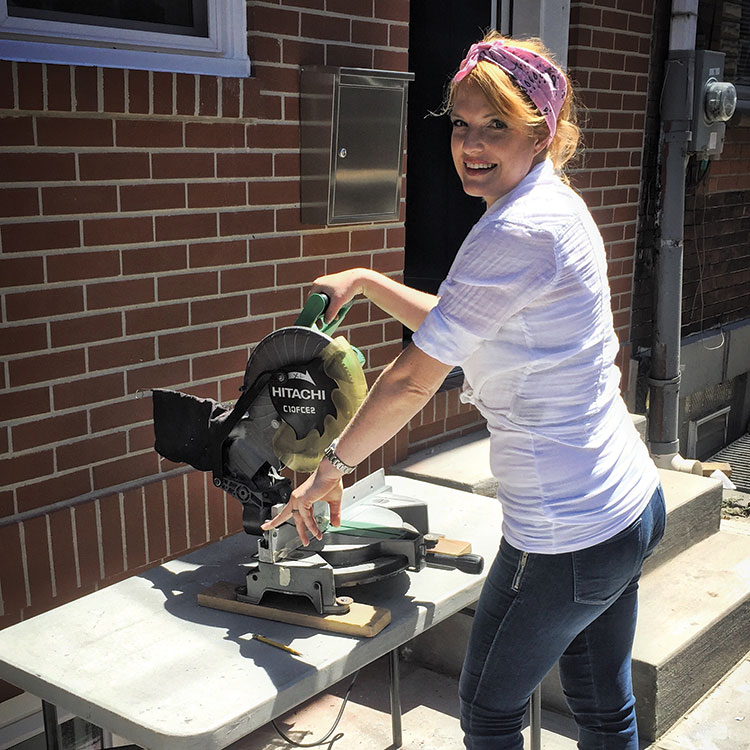 Vintage Rehab star Ally Mahon has a love for all things antiquated, and Pittsburgh is the perfect setting for her to share that passion. A self-described “born and bred” Pittsburgher, 38-year-old Mahon renovates and sells historic homes. Eight years ago, she and her husband, Buddy, bought an 1890s farmhouse in Glenshaw. They’ve been renovating that home, and flipping other houses, ever since.

“Vintage Rehab,” her new show on the DIY Network, focuses on older homes in the Pittsburgh area that Mahon and her team restore to their former beauty. The show premiered Sept. 6 and included eight episodes. Mahon says she makes it a priority to showcase as many local elements as possible on the show, including contractors, materials and custom-made items.

Outside of “Vintage Rehab,” Mahon is a real estate agent for Northwood Realty in Hampton Township. She also does renovation consulting work and continues to undertake personal projects.

While she has a background in construction, design and real estate, Mahon emphasizes it takes a whole crew of people to make the houses come together on the show. 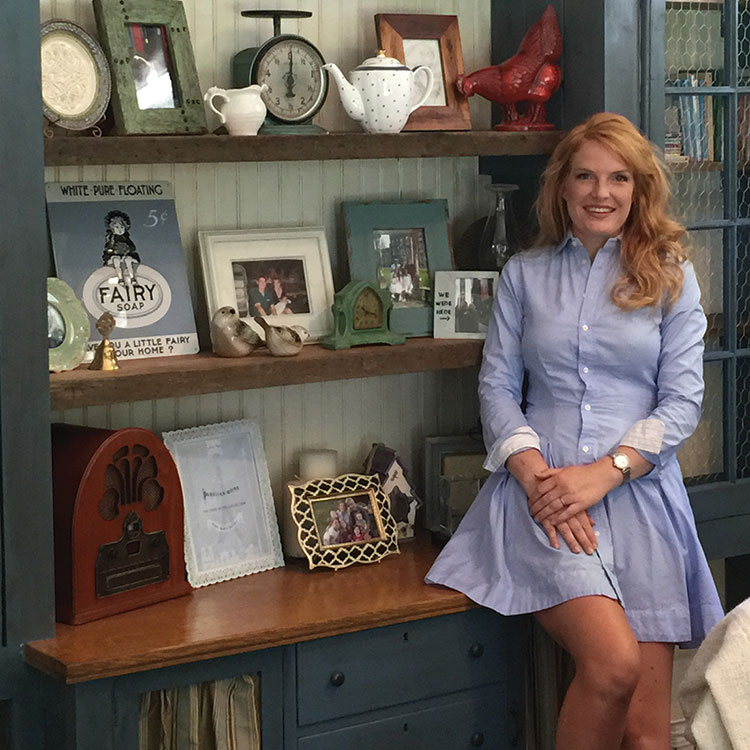 How did “Vintage Rehab” get started?
AM: I’d say about five years or so ago I was renovating a house in Fox Chapel as a flip and [WPXI] wanted to do a story on Pittsburgh being the No. 1 flipping market in the country. My name had come up, and so they ended up doing a story that I was on, and then from there I started getting calls from TV producers. … The last production company that called me was Rivr Media, and the woman I spoke with was very firm and she basically said, ‘We’re doing the show in Pittsburgh and we want you to be the host and we hope that you do it with us, but either way we’re doing the show.’ So it kind of intrigued me a little bit and, lo and behold, we did a few Skype interviews … we got a pilot and put that together. They aired that about a year ago, and then they gave us an eight-episode series based off of the pilot. Like I said, completely unexpected. It’s been a lot of fun and a great experience.

The show is called “Vintage Rehab,” so your style is obviously vintage, but what makes your aesthetic unique?
AM: I’m an old house fanatic, there’s not really any other way to put it. I’m obsessed with anything old and vintage, so I have always worked on old houses and my tastes tend to lean that way. I don’t mind doing newer homes, it’s just in the city, everything’s older anyway. I think that now it just seems to be a culture of its own. I really feel like the vintage look has a huge following and it ties character to any project. Whether it’s an old house or a brand new construction, if you add some vintage items with modern amenities, it gives you character, plus the benefit of high efficiency, so I feel like it’s really the best way to go, particularly in an old city like ours.

What’s your favorite restoration story or your most memorable flip?
AM: I did one in Point Breeze, the house was built in 1870, and it was an untouched canvas just waiting to be restored. … I got that house, and it was spectacular. All the trim around the doors and windows was 12 inches wide, 11 foot ceilings, the original kitchen cabinets, the original sink from the 1870s. It still had the first light fixtures, so a lot of them were actually gas light fixtures that had been retrofitted to electric. There was a spectacular gas chandelier that was in the dining room that I stole. That was the only thing I stole from it, and it’s in my dining room. I couldn’t stand the idea of parting with it because you don’t find something like that all the time. Other than that, I left everything in the house. It was just so fun to put it back to the way it should have been, and we were very lucky to be able to restore every part of that house. … It’s an amazing property, and I love the people who bought it, so that made it that much more special.