The controllers’ office at the Duquesne Incline is Pittsburgh’s ultimate skybox. 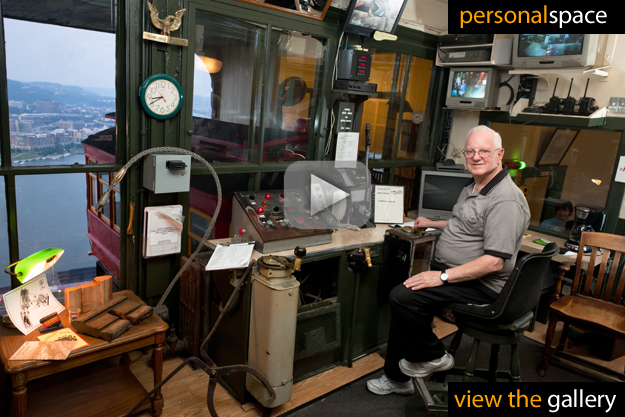 The red cars that connect Mt. Washington to downtown Pittsburgh are an icon of the cityscape. And behind the scenes, a team of about two dozen workers makes sure they scale the mountain all day, every day.

Chuck Massey mans the controls from an office atop the track, just between the east and west cars. He controls the doors, bells and when the cars stop and go. When he’s not running the incline, he also gives tours to community groups. “I enjoy talking to people and meeting people,” he says. “I get to find out where they’re from. It’s really nice to hear what other people think about the incline and Pittsburgh. And the view—they say—is spectacular.”

This article appears in the September 2011 issue of Pittsburgh Magazine.
Categories: Arts & Entertainment, From the Magazine, Hot Reads, Style