Behind the Scenes at Pittsburgh’s Newest Microbrewery

Full Pint’s brewery and bottle shop in North Versailles is kicking out beer that’s just like the owners – full of character. 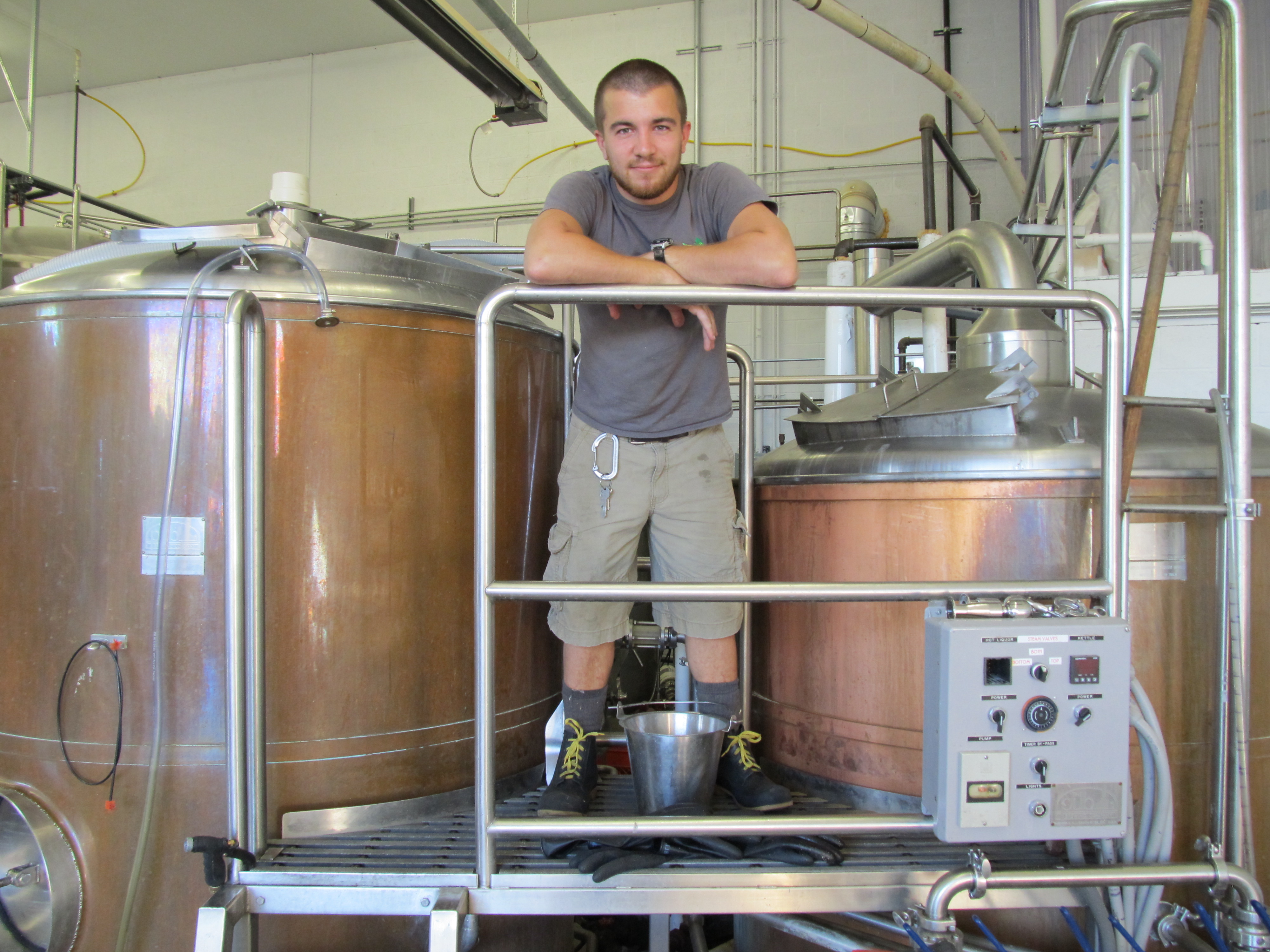 On a frigid February afternoon in 2010, four brewers gathered at a warehouse in North Versailles and began thinking about beer. A balanced, agreeable beer, mainly—a beer that just about anyone could drink and enjoy, but with more character than a run-of-the-mill brew.

After each brewer developed a recipe, they compared their notes, tweaked the formulas, argued, and petitioned for this or that ingredient. After a consensus had been reached, they began brewing. The result was All In Amber, the first creation from Full Pint Brewing. It matches their intentions perfectly—it’s a balanced, crisp offering that boasts a ton of character without being overpowering. Like all the beer at Full Pint, it’s a labor of love, and it shows.

“They just want to make good beer,” says aptly named co-owner Mark Kegg, who handles the business side of Full Pint’s operations (but, of course, knows how to brew as well.) Three of his four co-owners—Sean McIntyre, Sean Hallisey, and Barrett Goddard—worked at the now-defunct brew pub John Harvard’s in Monroeville, and all shared a passion for brewing.

Mark knew the four from the John Harvard’s days as well, but, he says, “I met them from the other side of the bar.”

Today, they are owners and sole employees of Full Pint, which operates as a brewery and bottle shop entirely under their labor (with help from a stable of eager volunteers.) Brewing and distributing the young brand’s nine beers is the main operation of the small business, but a bar was installed in November to sell six-packs, growlers, cases, and kegs.

Full Pint’s six bottled offerings are distributed around the Western Pennsylvania area, and 150 taps in the Pittsburgh area offer their beers on draft. They recently expanded into Erie, and are now in the process of stretching as far east as State College.

Not bad for a first year of business. 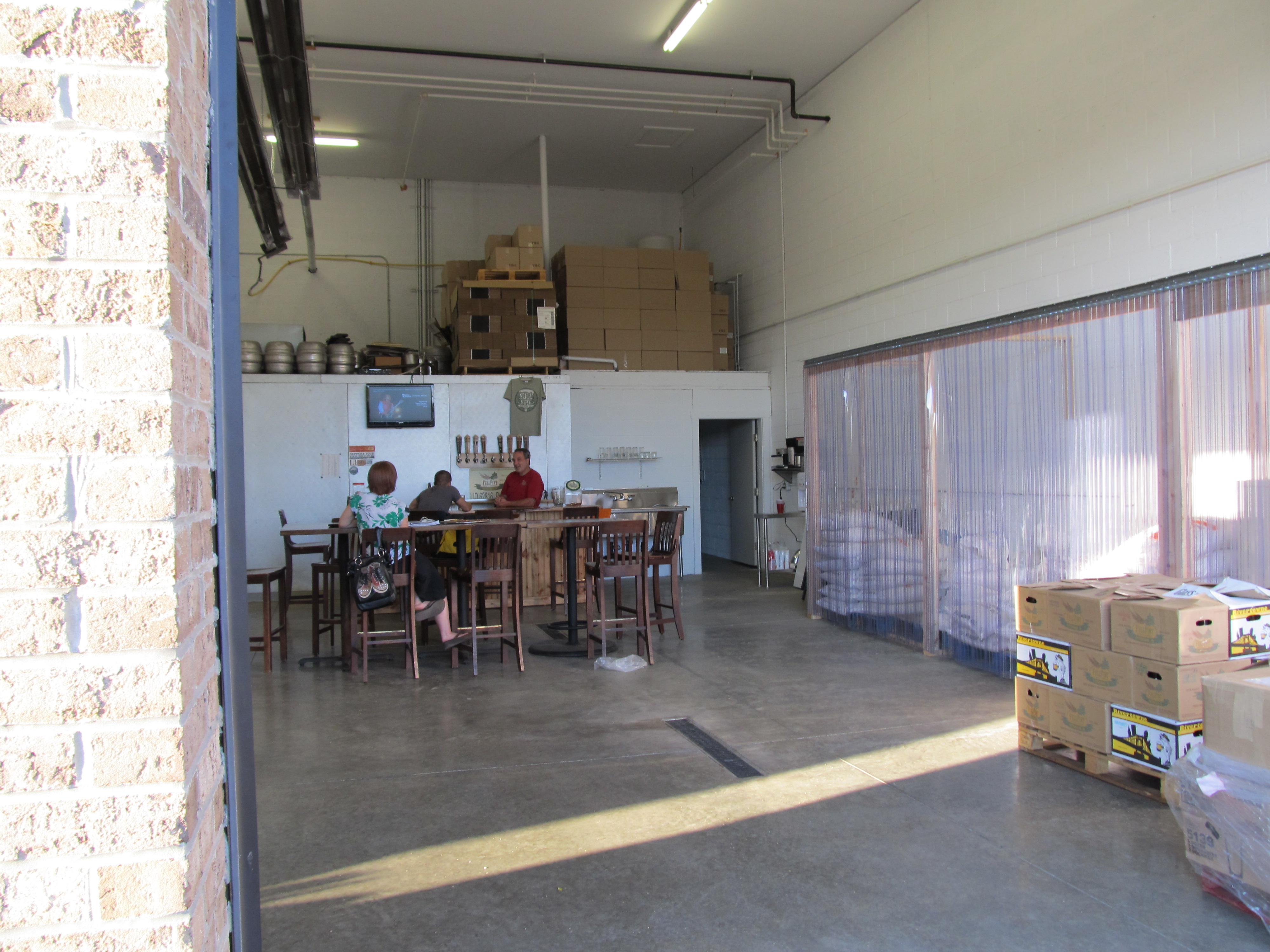 They’ll begin serving food at the Brewery in July, a step that will legally allow them to sell pints over-the-counter. And when that happens, the Full Pint Brewery will instantly become one of the best bars for miles, and one of the most relaxing anywhere. Park out front, wander through the garage door that fronts the brewery, order some food and a pint, and sit down with the night air floating in, gazing out over North Versailles. It feels like a graduation party, or a particularly good cookout. Plus, you actually get to talk to the guys who made the beer you’re drinking.

Food will vary night-by-night based on which of the owners is there and what they like to make, and there will be some pretty unique (and tasty) offerings from time to time. But the main event is the beer, and every Full Pint brew is worth a try. White Lightning, another signature offering, is a remarkably refreshing Belgian-style white. Chinookie I.P.A. will please hop fans with a bold taste and a lot of subtle flavors, and those that like their beers a bit more extreme can kick it up to the intense TRI-PA. Come winter, you can sample the overwhelmingly popular Festivus red ale.

There’s also the crisp Rumpelpilsen Pilsner, a great choice any time of year. And if you look at the bottle carefully, you might recognize the merry elf-like figure on the label. In fact, he may have poured your drink for you. 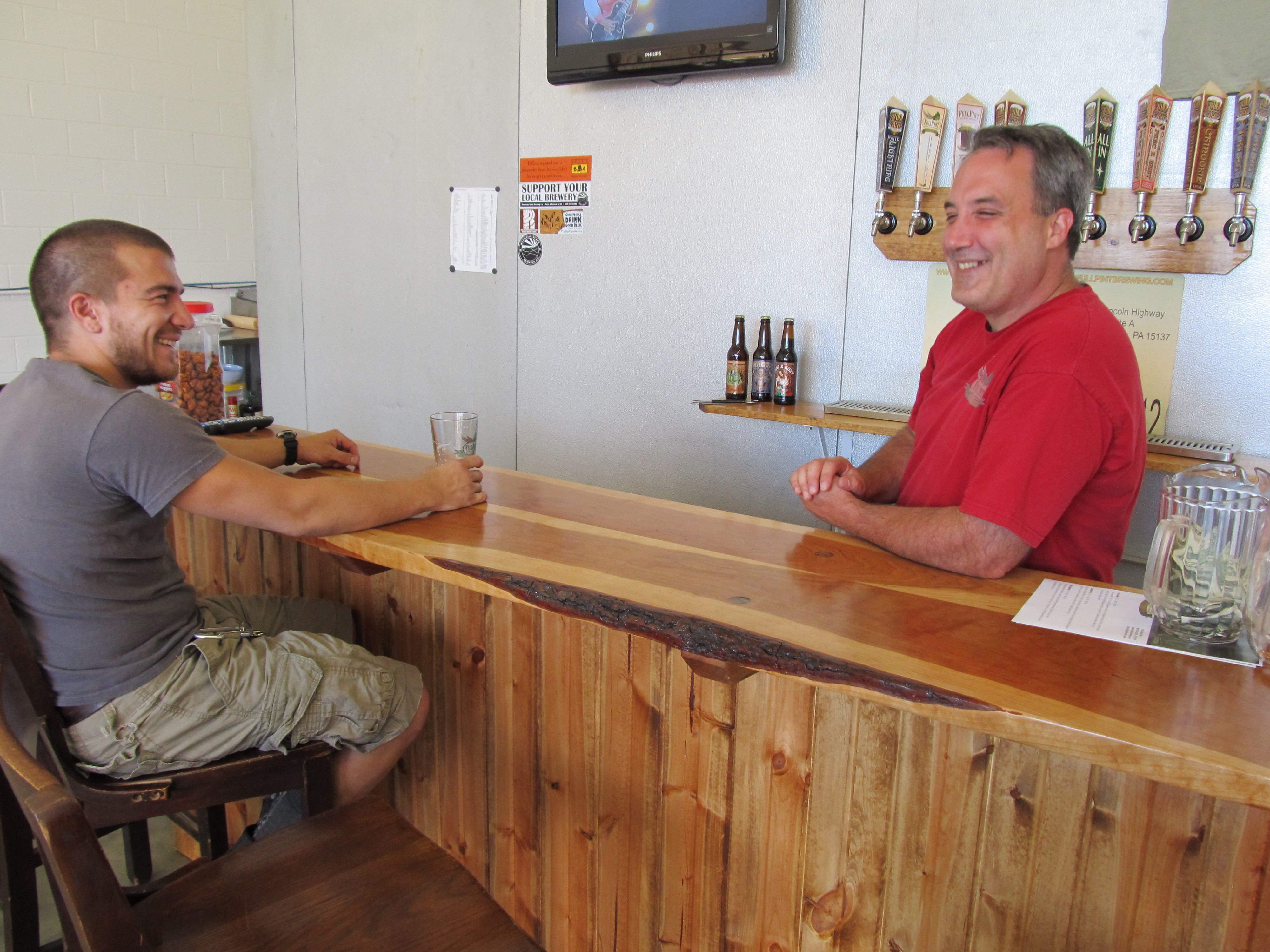 Fifth co-owner Jake Kristophel, besides being the model for Rumpelpilsen, does the actual brewing for most of Full Pint’s offerings. He trained under fellow co-owner Sean McIntyre, who’s still the Brewmaster at the fabulous North Country Brewing Company in Slippery Rock, and, at age 24, is the youngest of the Full Pint fraternity.

“We make good beer,” he humbly says. “I love my job.” Jake has experienced the brew pub lifestyle at North Country, and wouldn’t at all mind having a restaurant with the Full Pint name on it. But for now, he says, he’s happy with an increasingly popular brewery and a small bar where he can pour Full Pint’s creations into the waiting mugs of loyal customers.

“I just wanted to do something simple,” he says. “My main focus is on the beer.”