Beer Cults and Brick Ovens: An Evening at Fuel & Fuddle

The restaurant and bar in Oakland welcomes college students and locals alike. 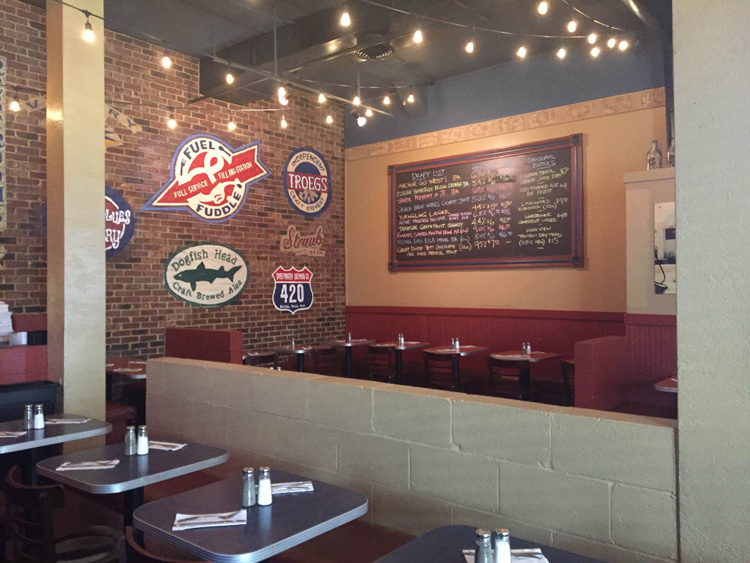 Walking into Fuel & Fuddle, a favorite of locals in the heart of Oakland, the first thing to greet me was a bright red neon sign on the wall reading “Beer Cult.” The names listed on the sign, I was soon told by the friendly bartender, represented those who had successfully drank 100, 200, 300 or even up to 1,200 of the more than 100 beers listed on their menu (drinkers can repeat a brand as often as they want to and still get credit). Though those devotees were rewarded with novelty beer mugs and T-shirts (in addition to the public recognition), participating in this challenge is certainly not the only reason to visit the spot.

The menu covers its bases, and the pizza menu in particular is a sight to behold for a pizza lover like me. Topping combos existed that I had never imagined but somehow still made sense. There’s the “Classic Maggie,” a tried and true pizza margherita, as well as more complex creations such as the “On the Lamb” pizza, topped with house seasoned gyro-style lamb, provolone cheese, spicy banana peppers, lettuce, tomato and cucumber dill sauce. All pizzas are individually sized — six slices — enough to fill you up but also probably enough to take some home for a midnight snack. They’re also cooked in a brick oven in the corner of the exposed kitchen, so I was able to witness the process. 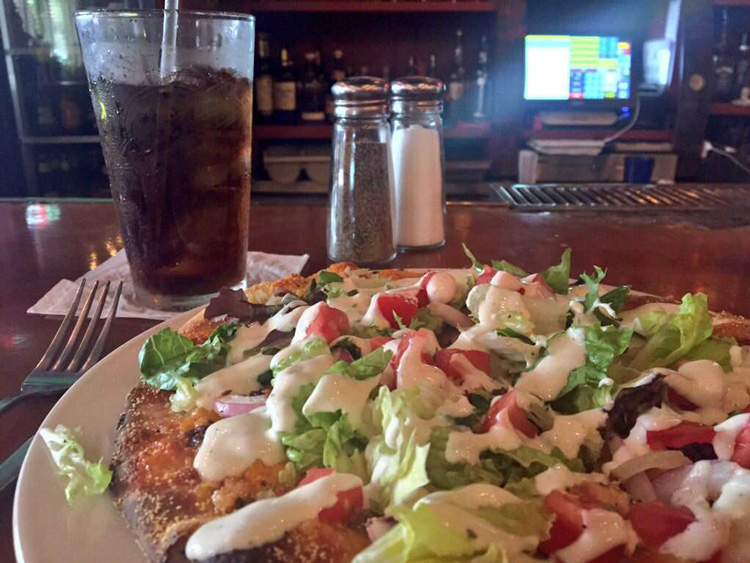 While several pizzas were calling my name, I settled on the “Smashed Potato” — topped with mashed potatoes, apple-smoked bacon, cheddar cheese, lettuce, tomato and onion — plus grilled chicken for just a buck more. It definitely had pierogi-esque flavor, which is really all I could ever ask for in a Pittsburgh pizza. Family members were vying for the leftover slices when I returned home.

If pizza isn’t your game, the menu has many other options, from entrée salads and sandwiches to appetizers and desserts. A couple things I’ll definitely have to stop back to try: the “Beer Muscles”— mussels steamed in spicy pale-ale sauce, and the “Cajun Rosemary’s Breasts” sandwich — spiced rosemary chicken breast with cheddar, housemade garlic mayonnaise and pickles.  I did have the opportunity to try the “Kick-Gas Nachos” smothered in cheese and jalapenos, and they were a delight. Fuel and Fuddle’s late-night deal is a favorite among college students, from 11 p.m. to 1 a.m. pizzas, wild-fire wings, burgers and a few other menu options are $5. 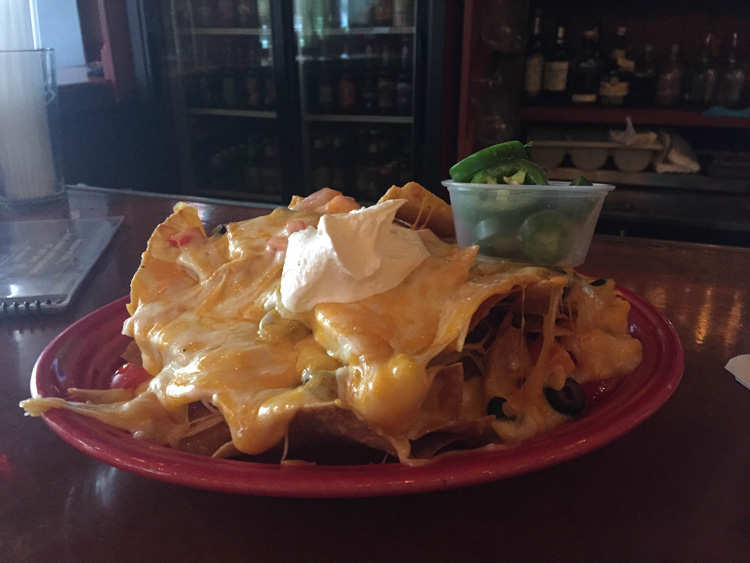 Those looking for a drink but not keen on becoming part of the Beer Cult would be interested in the menu’s two full pages of whiskeys and bourbons, plus the signature house cocktails utilizing everything from Champagne to tequila. As someone who isn’t a huge beer drinker, I appreciate that their draft list includes not only Yuengling and and brown ales, but also some fruity IPAs. Even with two full-sized dining rooms, upstairs and down, decorated with string lights and filled with cozy booths against exposed brick walls, the bar was where everyone wanted to be.

I noticed a diverse but comfortable crowd at Fuel & Fuddle. From the college kids grabbing a beer and watching the soccer game to the adult couple on a dinner date to the teams of beer enthusiasts looking to get their name on that wall, nobody feels out of place here.

As I spent quite some time munching my pizza and chatting with the bartender, I could see why it’s a favorite among college students and Pittsburgh residents alike. Quick service and memorable, yet sometimes decadent, dishes and drinks should make this spot a go-to for anyone in the area, whether you’re visiting the University of Pittsburgh or just taking a stroll through Oakland.