For ‘…on being…’, STAYCEE PEARL dance project’s latest show, the troupe assessed character and themes related to “post-blackness.” 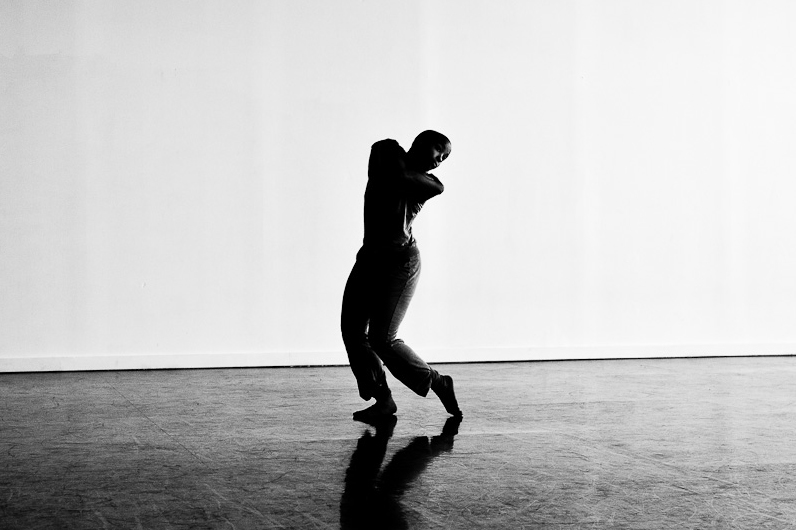 Artist and choreographer Staycee Pearl loves Pittsburgh, the city she’s called home since 2000. The contrasting landscape of curvaceous hills and surrounding rivers appeals to her artistic sensibilities, while the thriving, tight-knit arts community inspires her creativity.

“Although I knew nothing about Pittsburgh when I arrived, I’ve built an artistic family — and met my husband — here,” says the Wilkinsburg resident. Pearl, a 2011-12 August Wilson Center Fellowship recipient, has exhibited her art at Space Gallery, Sweetwater Center for the Arts and the August Wilson Center for African-American Culture. And she currently directs STAYCEE PEARL dance project, the Kelly-Strayhorn Theater’s resident five-member modern-dance troupe (established by Pearl in 2010).

The Connecticut native (and daughter of an artist) was born into an environment where having the Alvin Ailey American Dance Center (of NYC) come to her home and dismantle her swing set was defined as “artistic collaboration.” Any adverse impression that made on the young Pearl was eradicated by one of her high-school dance classes, which propelled her toward Philadelphia’s University of the Arts, the Ailey Center and Dance Theatre of Harlem. Her performing career took her to Atlanta and New York, where she began dabbling in choreography in the mid-1990s.

Pearl, who specializes in video and graphic design, finds the multidimensional dance process a sharp contrast to “just you and your paper and pencil.” Her dance collaborations, rooted in personal experiences and those of other artists, are inspired by literature, social issues, pop culture and world cultures. She is amassing a repertory aimed at entertaining audiences while sending them home “thinking.” 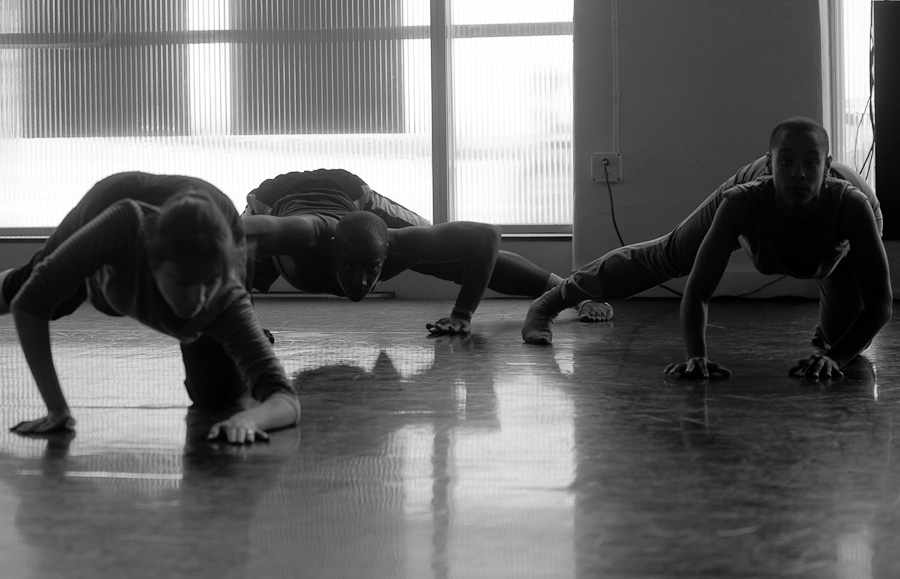 Her newest multimedia work, …on being…, created in cooperation with sound designer (and husband) Herman Pearl, is a 75-minute non-narrative movement and sound exploration of identity and “post-blackness.” She explains that art curator Thelma Golden of New York’s Studio Museum coined the term “post-black.” “Post-blackness” suggests that African-American artists may opt to represent motivations outside of black themes in their works, but ultimately cannot remove the black perspective.

“It’s a very personal issue,” says Pearl, who concentrated on African studies, as well as studio art, at the University of Pittsburgh following her tenure as artistic director of Xpressions Contemporary Dance Co., which specialized in African-American-themed works. “I’ve had people say they didn’t think my work represented African-American culture in any way. And there have been times when that offended me. My work may not be considered traditionally black; however, I know what my traditions are. It’s all part of the work I do.”

Last year, Pearl and company pored over literature, articles, blogs, poetry and music, including video performance artist Hennessy Youngman’s presentation, “How to be a Successful Black Artist,” to prep for this newest work. Inspiration also emerged from Pearl’s inventive plain-talk discussions, “Salon Series 101.” Each chat encourages public dialog and movement experimentation in her Wilkinsburg studio, plumbing the cast’s personal experiences and perspectives of various topics, like identity and race. 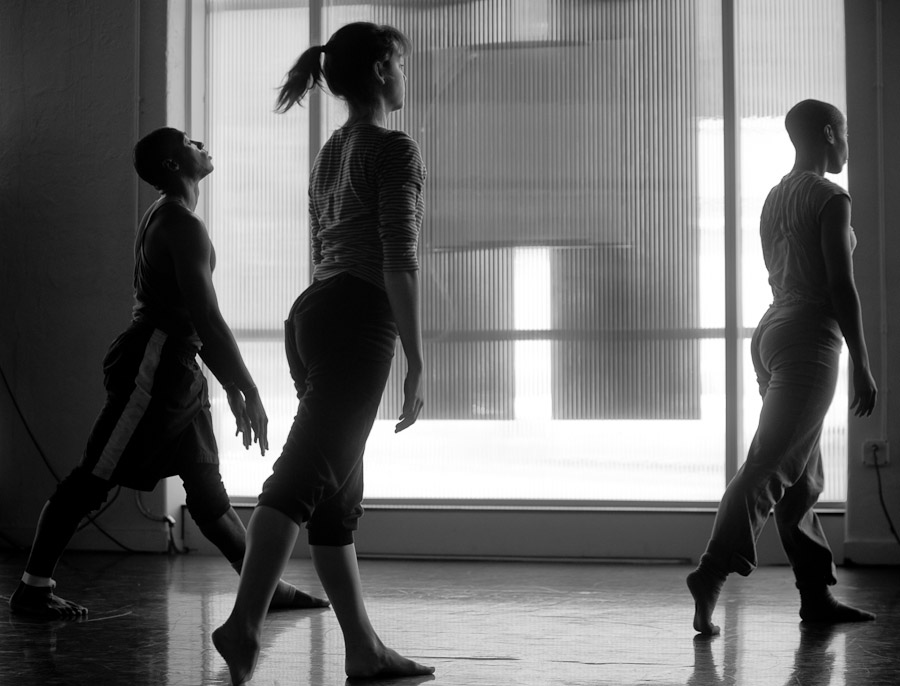 “Not all cast members are African-American,” says Pearl, who selects performers for personality, individuality and varied technical abilities. “It’s been interesting to acquire different perspectives.”

Priming them with athletic movement, she asks dancers to unearth characters submerged in their personalities and pushes them into new territories. For …on being…, she recruited dramaturg Adil Mansoor, assigned improvisational exercises and welcomed movement contributions. She was especially pleased when these independent elements cohesively merged with her choreography.

Dancer Jasmine Hearn enjoyed the learning process on several levels. “Staycee said to me, ‘You have great internal focus; now, project out, right in front of you.’ She listens to us — as any choreographer making such an intimate work should. It’s been great to share my opinion as a black woman — on the idea of ‘post-black,’ I believe we are not ‘there,’” says the native Texan who joined the troupe after working with Dance Alloy Theater and the August Wilson Center Dance Ensemble.

“What is ‘post-black’? Who decides?” asks Pearl. “The more research we did, the less we knew. Staying on-task was challenging, as our conversations branched off in 100 directions.”

While …on being… addresses shifting cultural perspectives, the creative process brought Pearl personal insights: “I am who I am. I realize you’re not going to get along with everyone — that was a hard lesson. People will think what they want about your work. What you do is not for everyone, but everyone has an audience.”