Bathing in a Pittsburgh Forest – It's Not What You Might Think

The practice of “Forest Bathing” is finding a foothold in Pittsburgh –– and it could have very real health benefits. 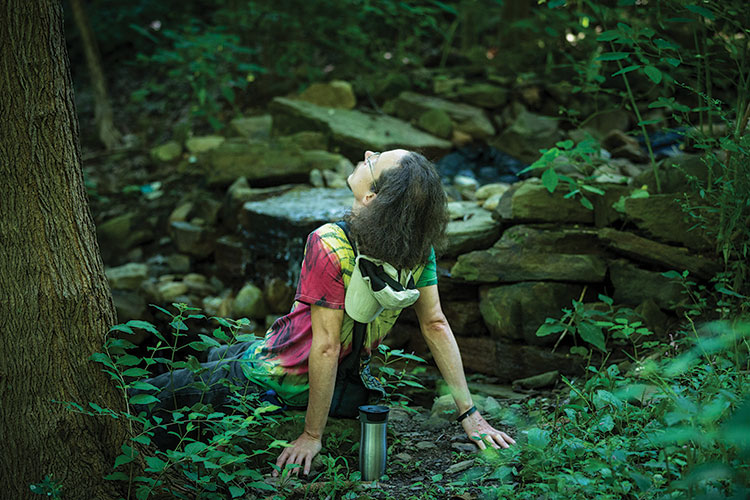 As the rising sun burned the late-summer fog off another muggy Pittsburgh night, a small group of people met near the Sycamore Grove picnic shelter in Highland Park. Their intention: bathing.

Forest bathing, known as Shinrin-yoku in Japan (where it originated in the 1980s), is the practice of immersing oneself under the canopy of a living forest in an effort to realize a host of health benefits. In Pittsburgh, Moshe Sherman, co-owner of a complementary-medicine center in Edgewood called Cloud Gate PGH (cloudgatepgh.com), leads forest bathing sessions in Highland Park, Frick Park and other forested areas.

“In my experience, you feel the impact of forest bathing almost right away,” he says while leading energy exercises to help attendees slow down and focus on their breath.

“Research shows that as little as 20 minutes in the forest has a physiological impact.” 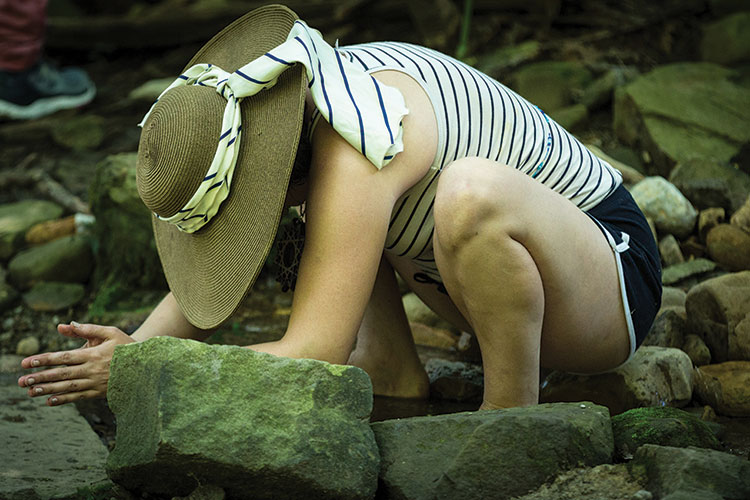 Science supports that claim. Forbes magazine recently analyzed a study published in the journal Environmental Research, which found a link between time spent in green spaces and reduced levels of the stress hormone cortisol, lower heart rate, lower blood pressure and other benefits.

What causes increased stress? Technology. They even have a word for it, Sherman says: “technostress.” It’s directly linked to the computers many of us use for work and mobile phones that are in our hands 24/7.

“Forest bathing gives us a way to balance those pressures,” Sherman says. “There are healing benefits of doing nothing and just being in nature.”

Forest bathing is not hiking, but rather spending purposeful, quiet time in the woods. During the hour-long session in Highland Park, the group strolled less than half a mile, including the length of the Babbling Brook Trail. Multiple times along the way Sherman, speaking in hushed tones, encouraged participants to find a comfortable spot to sit, stand or lay, then asked them to breathe deeply and clear their minds. The goal was to focus on the environment — the colors, sounds, textures and scents. 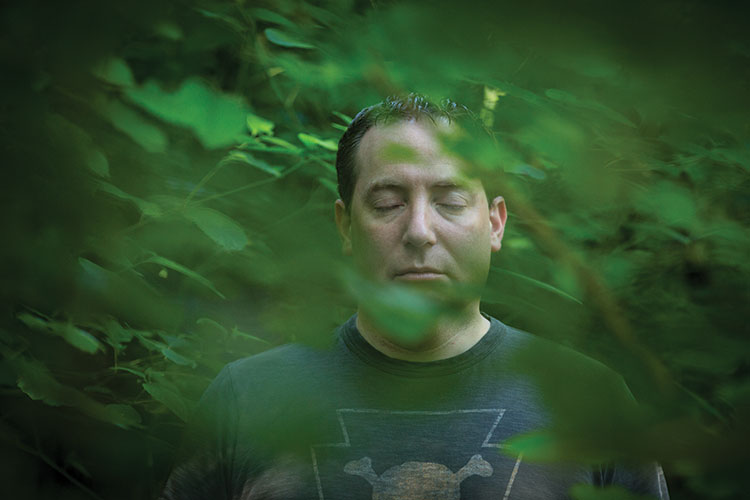 A swim meet was taking place in the park pool as the session began, filling the air with the sounds of cheering crowds, voices booming over the PA system. But the deeper and longer the group meandered into the forest canopy, the quieter the outside noise became. Not because they were moving away from it — rather, because their focus was shifting. The brook lived up to the “babbling” moniker. Leaves falling from trees floated gently through the sky, landing with a whisper onto the forest floor. Chipmunks scurried through the undergrowth stealing new-fallen acorns, seemingly unconcerned with the humans standing about.

Verity Auden-Stevens often visits the park to do yoga and enjoys walking along its trails, but Sherman’s session was her first forest bathing experience. “It was lovely,” she says. “I found it very calming, centering and grounding.” 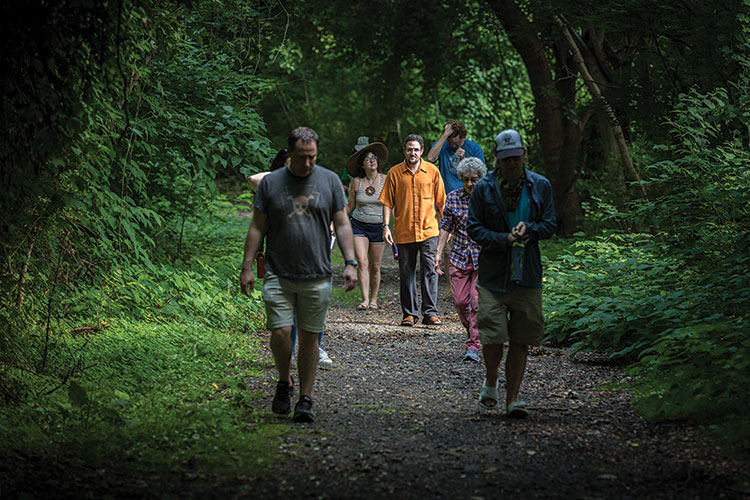 Upcoming sessions are scheduled from 2 to 3 p.m. on Oct. 6, 13 and 27, meeting at the Forbes and Braddock playground in Frick Park. (The sessions are free, although donations are appreciated.) While Sherman used several techniques designed to help participants make the most of their forest bathing experience, the truly wonderful thing about the practice, he says, is its accessibility.

“You can do it anytime. And here in Pittsburgh we’re so fortunate to have so many great parks with wooded areas. You can really do it just about anywhere.”

This article appears in the October 2018 issue of Pittsburgh Magazine.
Categories: From the Magazine, Top Doctors