The Steelers' rookie running back does not want you to remember him for what he does on the football field. 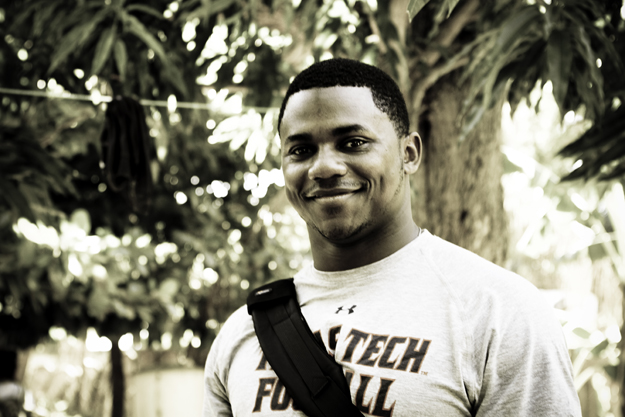 In the middle of a tent city on the outskirts of Port Au Prince, Haiti, college football star Baron Batch turned to his translator and asked a question that would change his life.

At the time, Batch was stressed. His dream of playing in the NFL was on the cusp of falling apart. The day after his last game as a running back for Texas Tech University, Batch boarded a plane for Haiti with volunteers from Operation H.O.P.E, a nonprofit that provides medical and educational assistance to the country’s refugee camps.

As he prepared for takeoff, he worried that he was making a grave mistake. His agent had just dropped him after he strained his calf in the final game of his college career. With just a month left before the NFL scouting combine, common sense was telling him he should be rehabbing in an air-conditioned gym. Instead, Batch was trying to suppress his worst fears—rumors of kidnappings and riots in Port Au Prince.

What he encountered when he stepped off the plane was much more heartbreaking. As the volunteers forged into the rubble and pop-up shelters of Port Au Prince, Batch saw children in tattered clothes searching for clean water and food. When the group reached a refugee camp for abandoned children on the outskirts of the capital, an overwhelmed Batch turned to his translator and asked, “What do you worry about?”

“Nothing,” the man said, “Except how to survive to see tomorrow.”

“It really opened my eyes,” Batch says now. “There were people who literally had nothing —no house, no clothes, food or water. For the children, it’s out of their control. They’re born into it. In those kids, I saw myself in a way.”

Batch knew about survival: He grew up poor in the barren red dustbowl between Midland and Odessa, Texas, one of five kids crammed into a tiny trailer. As the middle child, he spent most of his life sleeping on the floor. His mother, Joyce, grew fruit and vegetables in her garden so the family would have enough to eat. Lacking toys and sports equipment, Batch and his brothers improvised their own games. The family had next to nothing, but they had each other.

When Batch was 10, his father left the family. Soon after, his mother was diagnosed with multiple sclerosis. She first lost control of her hands and the ability to tend her garden, then the ability to walk. Eventually, the disease confined her to a nursing home, leaving her children to look after themselves. “We had to learn to cook, which meant we ate way too much Hamburger Helper,” Batch says. “For me, school was just a way to get two meals a day.”

When Batch was 16, his mother passed away. “So many people were there for us when things were hard,” he says. “When we didn’t have enough money to buy groceries, people stopped by to give us food. When we didn’t have a home, people gave one to us. To this day, I have keys on my keychain for the houses of five different families back home. I’m a product of their help, and now, it’s up to me to pass that on.”

On the flight back from Haiti, Batch flipped open his MacBook and browsed the photos he took of the children at the refugee camps. He saw them holding hands, kicking a soccer ball, smiling. If people could see the hope in their eyes instead of the despair they were conditioned to seeing on television, maybe they would be inspired to help. That’s when the light bulb went off.

Despite the full-time job of preparing for auditions with NFL scouts, Batch worked overtime to launch his own nonprofit organization, 2ndhandimages, which raises funds for Operation H.O.P.E. to sponsor the education of Haiti’s homeless children. “We started out small with the goal of sponsoring 15 children who were living at the refugee camp,” says Batch, who secured the funding—only $150 per student—by auctioning his photography. “The response has been overwhelming, and now, we’re up to 1,500 kids.” 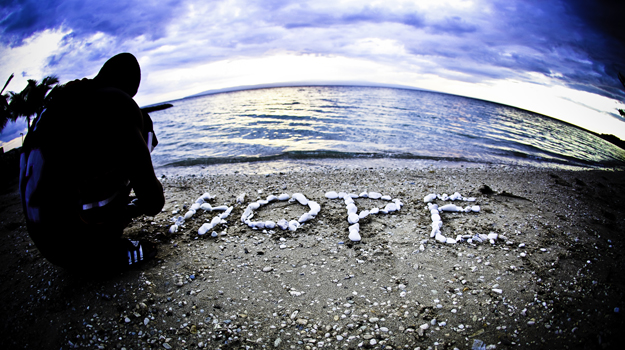 Months later, on the final day of the 2011 NFL Draft, hours slipped away as Batch’s phone sat silent on the coffee table. Finally, an unfamiliar number popped up on the screen. Area code 412. His heart beat against his chest like a war drum. “It was the Steelers,” Batch says. “They put me on a conference call with the media, but after they announced the pick so many people started texting me that my phone literally shut down. When I called them back, I apologized and said, ‘Sorry, my service is bad—I’ve got AT&T,’ and some guy awkwardly said, ‘Baron, AT&T is a proud sponsor of the Pittsburgh Steelers.’”

Batch can’t wait to start his new life in Pittsburgh. Unfortunately, the longer the NFL’s labor stalemate drags on, the chances of seeing Batch in black and gold get slimmer. Without the chance to impress coaches during training camp, the team might go with proven veterans. For the first time in Batch’s life, his fate is out of his hands. It will be decided by lawyers because the business of the NFL, which makes $9 billion per year, was deemed “unsustainable” by owners.

Luckily, there are still people like Baron Batch in the world. People who pick themselves up off the floor. People who think “we” instead of “me.” Every once in a while, an athlete comes along who is so gifted that they awe us into thinking that sports are something cosmic. But even more astounding are the athletes that come along and make us realize that, indeed, it really is just game.

Find out how you can help Batch’s work in Haiti by visiting 2ndhandimages.com.

This article appears in the August 2011 issue of Pittsburgh Magazine.
Categories: From the Magazine