This humble Moon Township bar and restaurant could be a haven for weary travelers (and hungry neighbors). 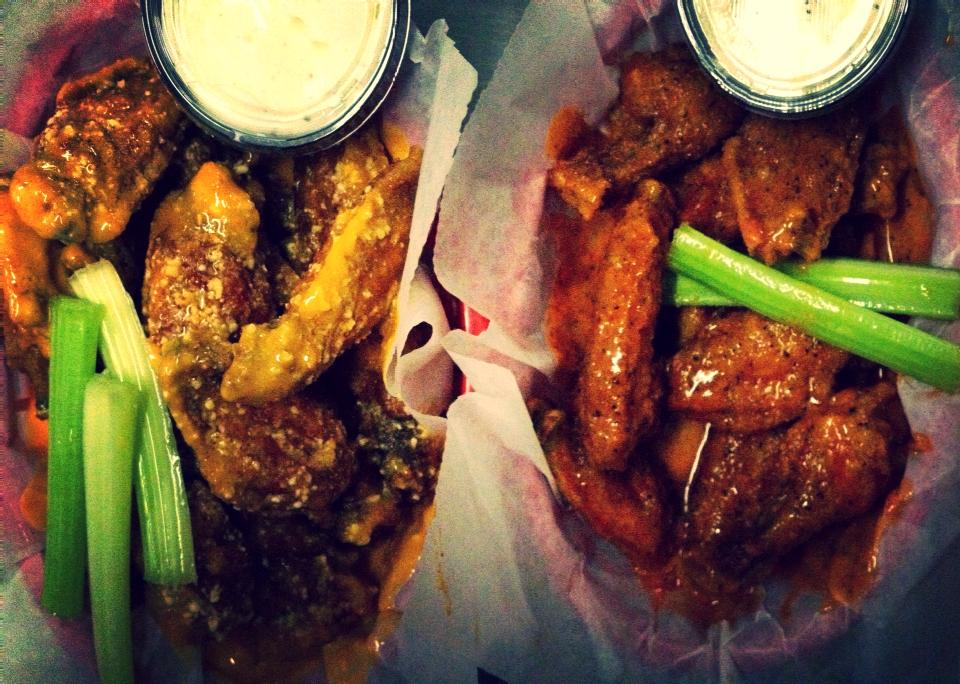 Consider the plight of the weary traveler on a day like today.

Yes, I know we’re all busy considering our own slushy plight, but go with me on this.

Imagine you’re flying cross-country, eager to get back home. LAX to Boston, or something to that effect. You depart, you fly, you nod off … and you wake up at Pittsburgh International, the airlines apparently reluctant to fly straight into a snowstorm and land on a frozen New England runway.

You survey the terminal and get your bearings. You’re not going anywhere today. You need to save cash, so you arrange for an inexpensive room out along University Boulevard, in the sprawling, low-flung shadow of the airport.

You have a place to stay, but you’re grumpy. And hungry. But what’s that, just down the road? What does that sign say?

Yes, that’ll do. That’ll do quite well.

The small Moon Township restaurant with more than a quarter-century of chicken slingin’ under its belt has a pleasant, relaxing nature. There’s something comfortable about the layout; the place is divided into a cozy bar room and a humble dining room. I don’t rightly know what a bungalow is, but the word jumped to my mind when I walked in.

They also have a mascot — an athletic chicken running to deliver beer and food — rendered in some manner of carpet-based craft supplies on the wall. It might be my favorite bar decoration ever. (The spot’s Facebook page refers to him simply as “Carpet Chicken.”)

As I’m not one to argue with suggestions on the marquee, I promptly ordered a beer, a basket of housemade fries and 10 wings. The beer selection was varied; I selected Goose Island’s distinctive 312 urban wheat ale from a draft list that also contained offerings from Dogfish Head, Sierra Nevada, Full Pint, Southern Tier and Traveler.

My half-order of fries was the size of two normal lunches, and the wings — medium-heat Cajun — were messy, saucy nirvana, juicy meat drenched in tangy sauce.

For locals, it’s a neighborhood bar and last-minute dinner haven. But if you’re that weary traveler unexpectedly stranded in Allegheny County, it’s paradise by the neon lights — you’ll leave full, tipsy (don’t worry — your room is within walking distance) and way less concerned with your plight than you were when you touched down.

In short, Carpet Chicken is here to comfort you.