What’ll it be: meatballs and brews on the bottom floor or wings and a Whiskey Sour at the top-level beer garden? Read on before choosing (wisely). 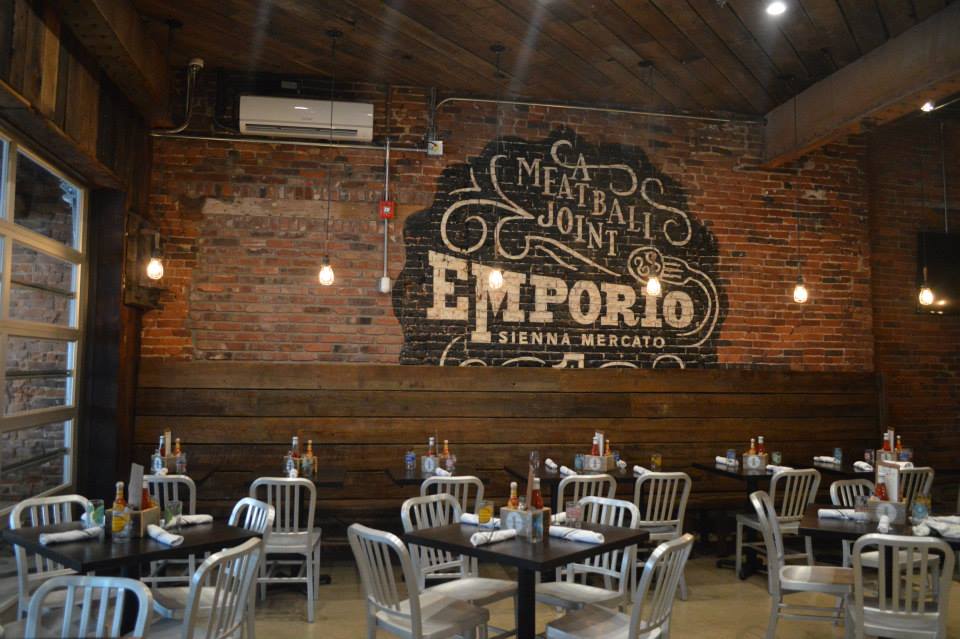 Downtown has a different feel these days when it comes to food and drink. Between the bevy of options in Market Square, pioneers including Six Penn Kitchen and Nine on Nine, beloved spots such as Meat & Potatoes and acclaimed newcomers (we’re looking at you, Grit & Grace and the Sienna mini-empire), the days where you could get little more than a hot dog and an I.C. Light are long gone. (Much more on this, of course, in our forthcoming June issue, which spotlights our Best Restaurants picks.)

Speaking of Sienna, now that two-thirds of Executive Chef Matthew Porco’s ambitious, triple-decker dining destination Sienna Mercato are up and running, it was time to reckon with this towering Italian newcomer. The Cultural District leg of Penn Avenue now has a number of go-to bars and restaurants for a variety of occasions; could an upstart triumvirate distract me from not only my one true beer-and-snacks love (Sharp Edge, only a few doors down from Mercato) but also another Cultural Distract stalwart that I’m fond of (Six Penn Kitchen)?

In a word: yes. Not that I’ll be spending any less time at either of those joints; I guess I’ll just be drinking downtown more often.

To start at the bottom, Emporio hits the most powerful cross-section known to man: a big draft list and comfort food. The most recent draft list boasted 32 brews, covering ample ground. Need an IPA? There are plenty; consider Helltown’s The Rapture to keep it local. Want something summery? Try a white (Full Pint White Lightning), or a fruit (Hala Kahiki) or a cider (Strongbow). Ignoring the season entirely? Go for a Brooklyn Black Chocolate Stout. The trend I’m noticing in beer joints as of late is diversity, and I’m happy to report that Emporio offers a formidable variety. 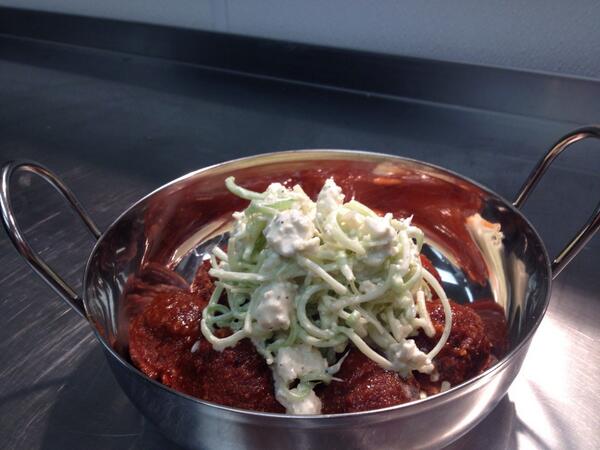 I’d need a math major to determine how many varieties of ’ball are available, but here’s the basic breakdown: There are five base options — beef, pork, veggie, chicken or a daily special — on my visit, it was corned beef. Then there roughly are nine sauces, ranging from “Sunday gravy” (your standard tomato sauce) to tzatziki; my colleague Kristina Martin told me to try the creamy parmesan, and she was wise to do so.

Then you can choose how you’d like to receive the meatballs. The basic choices are grinder, slider, panini or just with the sauce — but, for an additional $4, you can get your meat and your sauce atop any side on the menu. In other words: parmesan mac ‘n’ cheese with beef meatballs. Chicken meatballs, in chicken gravy, atop mashed potatoes. Veggie meatballs in spinach-almond pesto alighted on a bed of quinoa. These could be yours. You could be eating them. Right now. If that’s not decadent enough, Emporio offers poutine, too.

I hate to focus on the food so much in what ostensibly is a bar review, but tell me this doesn’t sound about right: a warm Pittsburgh night. You and two friends at a table by the open front of Emporio, checking in on the street traffic on Penn. Beer and a huge pile of meatballs.

That’s a night out. And we haven’t even made it to the top floor.

We’ve covered beer gardens extensively, but few in Pittsburgh capture the rowdy socializing implied by that term; most are pleasant and enjoyable places to spend the evening but are more akin to patios than real-deal beer gardens. 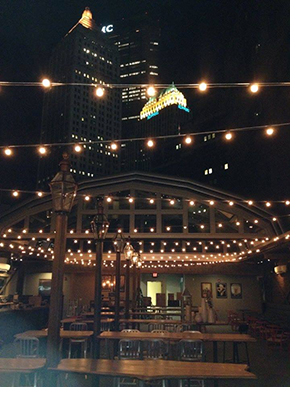 Il Tetto is a beer garden.

A loud, boisterous, packed rooftop full of communal, gas-lit tables, the recently opened bar specializes in microbrews (many of the same that are available downstairs), a carefully curated cocktail list and what’s called “light fare.” Il Tetto’s version of light isn’t a few bites of tapas, though; think a loaded cheese plate, a generous of helping of shrimp in beans and sausage or (here they are again) perhaps the best full wings I’ve had, uh, ever.

The cocktails are divided into a few categories: house creations including the tequila-based Smokey City; classics such as the Sidecar or Whiskey Sour; “borrowed” creations from master ’tenders (such as Charlotte Voisey’s La Louche); and a pair each of bottled and draft drinks. There’s also a respectable wine list.

If this food and these drinks were in a dingy hole, it’d be worth the trip. But paired with one of the most convivial and genuinely pleasant environments in town, it’s an instant go-to for me. I visited early on a weeknight, and the sizable rooftop was packed with people having a genuine, unpretentious good time.

Oh, and don’t worry about rain; Il Tetto wisely installed a glass roof that retracts or recedes with the weather, still allowing a fine view of Penn Avenue row buildings at the front and the tops of the Steel Tower and its neighbors at the back.

It’s not the place to have a quiet conversation, but we already have plenty of those spots. The continued transformation of downtown will be led by establishments such as Sienna Mercato, which not only excel in all aspects but — vitally — offer something new, and something more than what many top bars and restaurants are doing.

Go now. Go tonight. Get meatballs and beers, or cocktails and fresh air. Be wowed.

And hey, there’s still another floor yet to open. If Mezzo is as good as Emporio and Il Tetto, it’ll be nearly impossible to choose between the three.