The Ross Township bar and restaurant does everything a suburban bar should.

The suburban bar has an obligation. If it is not a foodie or hop-head destination designed to draw in visitors from near and far — in other words, if it’s the neighborhood bar for a particularly spread-out neighborhood — its primary function is to serve as an escape. The occasions are varied — you don’t feel like eating at home, you need to get out and get a quick drink after a busy day, someone’s in the neighborhood but you don’t want them to get excessively licked by your over-eager dog (maybe that one’s just me) — but that’s why the suburban bar is there: to be a haven close to home.

Yet the suburban bar should feel like home. This is not the place for tony cocktail rooms, intimate wine bars or beer-snob temples; the ideal suburban bar dining area should look a little bit like how you’d arrange your living room if you had your druthers. That’s the contradiction: It must simultaneously be the place you use to escape your home, yet feel homey. 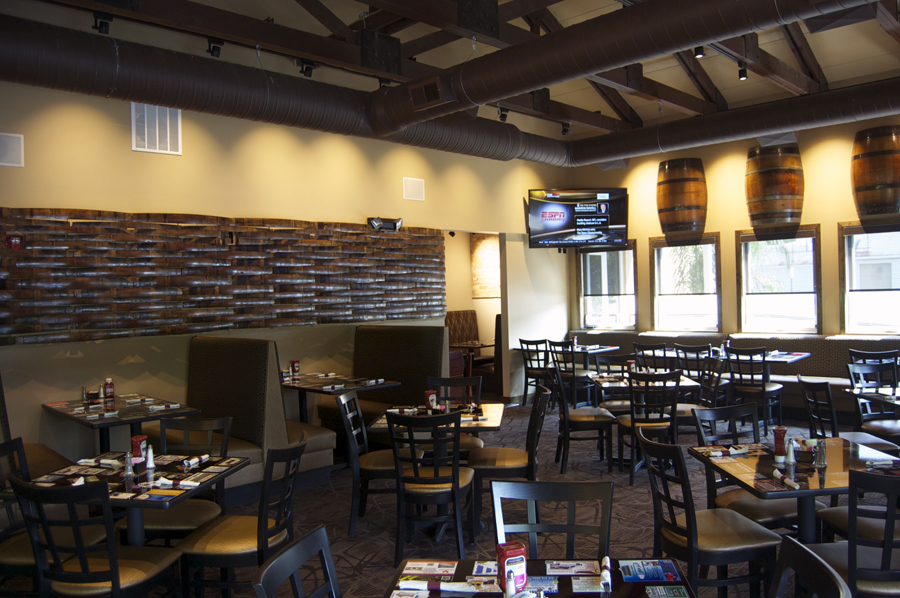 And Rum Runners Saloon, a two-story bar and restaurant on Babcock Boulevard in Ross Township, certainly fits the bill. A few hundred people can comfortably fit throughout the cozy bar room, comfortable downstairs dining room and spacious upstairs room (which can be partially open-air in warmer months). And if you’re trying to catch a game, you’re set; there are TVs wherever you turn, the largest of which would fill the entire living room wall in certain houses.

The choice of name is not incidental; this is a place that loves rum. A life-size statue of liquor mascot Captain Morgan stands out front, flanked by a giant rum barrel embedded in the front wall. And yes, the signature cocktail indeed does match the name of the place; the bar's version of the classic rum runner, available on ice or frozen, hits the rum-cocktail (literal) sweet spot, refreshing and fruity without drifting into Kool-Aid territory. There are a bevy of other rum features, including a number of mojito choices, on the menu; tropical definitely is the theme. (Not to worry, beer lovers — the draft list is robust as well.) 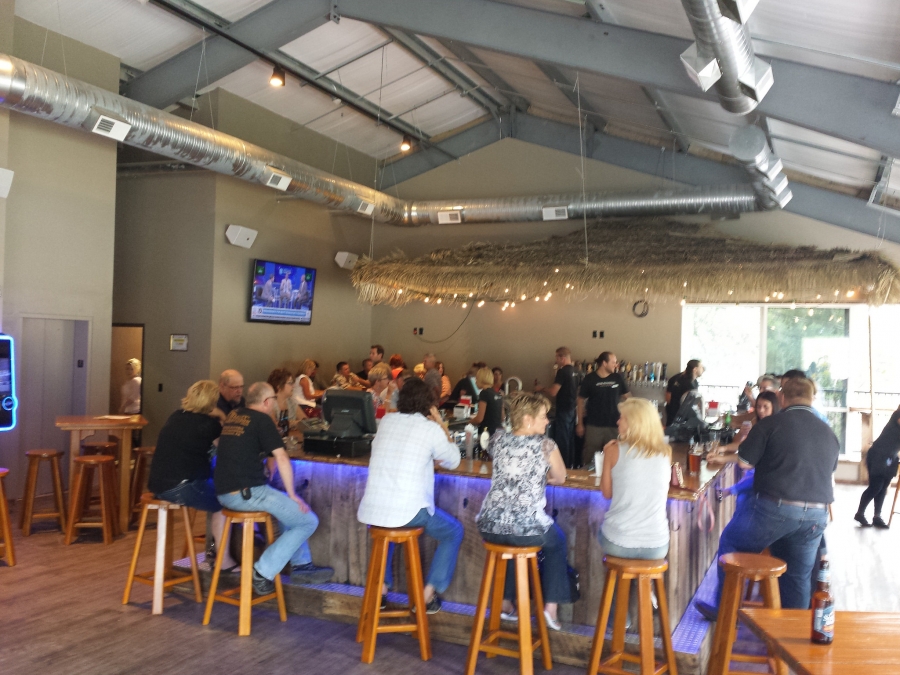 Rum cocktails are a mild indulgence, and the food at Rum Runners is set to match. There’s a full menu of burgers, entrees, sandwiches and salads, but I tended toward pub grub and was pleased; the buffalo chicken flatbread I tried was delicious. It was like really good buffalo chicken dip that had evolved, Pokemon-style, into a pizza. And I can’t say enough about the Bavarian soft pretzels. I usually think of pretzels as kind of a bland appetizer choice, but these were hot, flaky, just-salty-enough treats with a knockout beer cheese for dip. I don’t believe I’ve ever had better.

There are specials, of course, and periodic live music and other events. But this is a suburban bar; its job is to be there whenever you need it and to be satisfying and relaxing every time. I grew up in Ross, and I’m angry that this place wasn’t there until after I moved out. I’ve heard people name other North Hills bars as their local go-to, but those contenders that I’ve tried can’t keep up with Rum Runners.