South Side’s home for rugby, wings and Iron Maiden could become your (off-) Carson go-to. 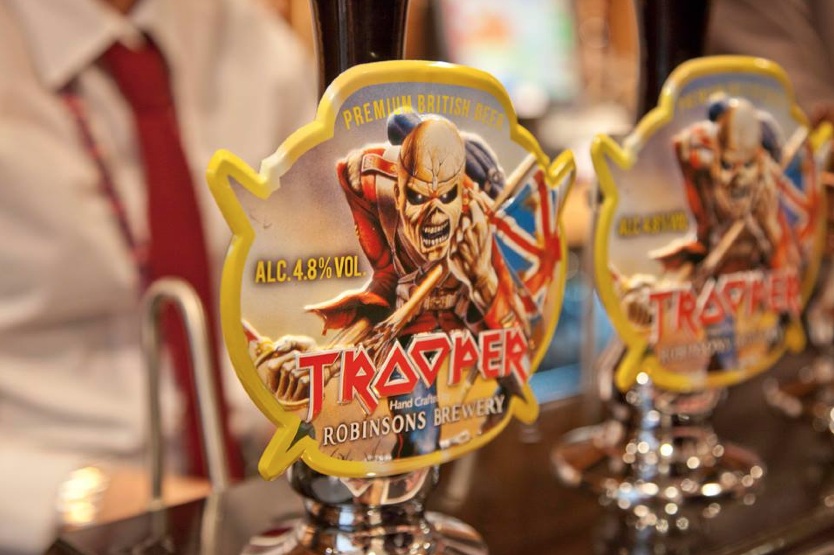 Located off of the main drag of East Carson on the corner of South 22nd and Wharton streets, Ruggers Pub is one of South Side's best-kept secrets. Opened in 2000 in dedication to beloved Pittsburgh rugger (that’s the accepted slang term for rugby player) Eddie Short, the official bar of the Pittsburgh Rugby club offers a blend of intimacy and atmosphere, especially if you're looking for something slightly different than what's usually found at the average South Side haunt.

The long, narrow building is typical in the South Side, a relic of the neighborhood’s industrial days. The setup does allow just enough room for tables behind the main bar, which are ideal for small groups and conversing. Out back, picnic tables are a welcome addition; when it's warm enough to enjoy them, it feels like you're relaxing at a friend's place, totally removed from the crowds and music inside.

With more than 20 beers on tap — including the “Commonwealth Corner” of local brews — and an extensive bottle selection, Ruggers' calling card is microbrews at a reasonable price. There's a daily $3 craft beer promo, and Thursday night is "Craft & Import Night" with an all-day Guinness special. Ruggers has a mug club, too. It's definitely a beer drinker's bar; the staff is knowledgeable and will recommend a good brew from the ever-changing inventory. (I’ve found manager/bartender Janice to be a walking beer encyclopedia.)

One new addition worth trying: the Iron Maiden, a crafted ale brewed by Robinsons Family Brewery in England. Named — as you may have guessed — for the metal legends, Maiden vocalist Bruce Dickinson contributed to the creation of this genuine British ale, which comes in a bottle featuring the band's famous monster mascot, Eddie. With a hoppy flavor and a slightly citrus taste to finish it off, Trooper is far from just a gimmick. 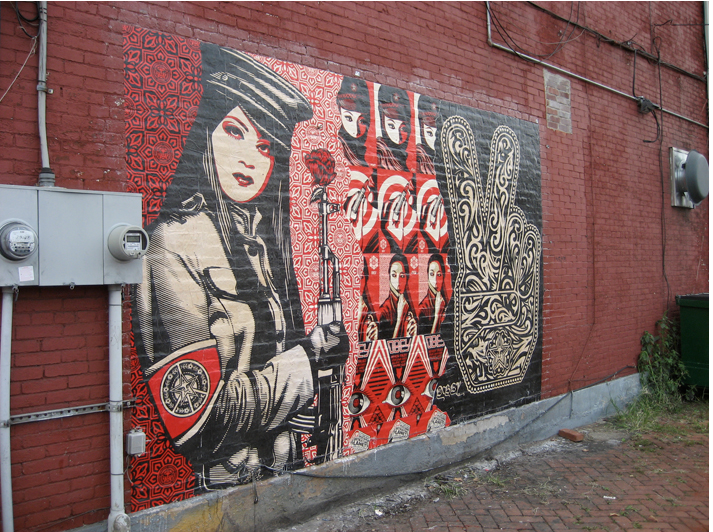 Artist Shepard Fairey created this mural outside Ruggers Pub in 2009 during his exhibition at The Andy Warhol Museum.

Ruggers features a DJ a couple nights a week; when the music is unmanned, head to a well-worn jukebox for a selection of classic rock, punk, metal and new wave. Every corner seems to have a HD flatscreen, which makes Ruggers a great place to watch the Steelers, Pirates, Penguins or (of course) rugby.

What about food? It wouldn't be a pub without some light fare; from appetizers like the signature deep-fried pickle chips and spicy mustard to Pittsburgh-inspired sandwiches, Ruggers menu is impressive for a bar that claims its only specialty is beer. Sunday is wing night, and the house melting-pot sauce is the perfect balance of flavor and heat. If you’re feeling adventurous — very adventurous — give the habanero sauce a try.

The overall atmosphere may not be for everyone; there’s no place to dance or wander freely, and at times Ruggers can get too crowded for comfort. (Rumors of a renovation to add more space are unconfirmed.) But Ruggers — not a dive bar, nor an English pub or punk bar — is unique in its own right. The crowd is eclectic. There isn’t a particular type of bargoer dominating the room. But everyone I met was friendly. Since discovering the pub last summer through a friend, I’ve found myself stopping in every time I'm out in South Side for a pint or two. Swing by for a beer and you’ll see why.