This PNC Park neighbor has become a go-to watering hole for baseball fans, but how does the Monroeville flagship stack up? 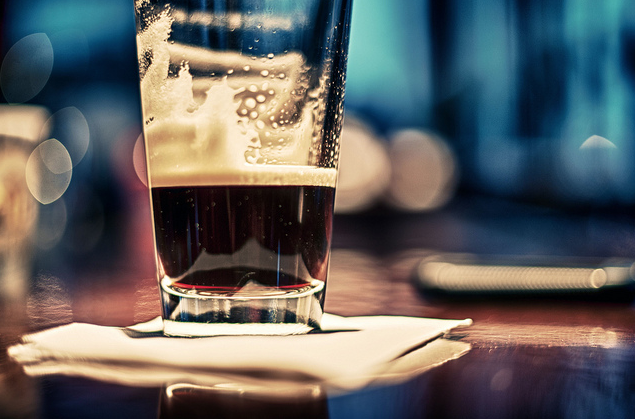 Despite my everlasting pursuit of places that serve draft beer, things to dip in other things and foods with “buffalo” in the title, I only made it to one of the four Rivertowne locations last summer.

Admittedly, I’m not in the vicinity of three of the four ’townes — North Huntington, Monroeville and Verona — all that often. The North Shore location, however, should’ve been able to entice me in the door sooner; after all, I walk by it on my stroll from the Rivers Casino (free parking) to PNC Park (cheap baseball) at least once a week in the summer. I guess my usual habits — eat at the game, drink back at the casino — got in the way.

In any case, when I finally did stop in at Rivertowne North Shore, I was pleasantly surprised. A good variety of beers, both bottled and draft, await; they’re accompanied by a sprawling menu of pub grub, with a focus on intensely (but enjoyably) flavored seafood and sandwiches. The prices aren’t going to make you weep, either. The North Shore location can get a bit raucous, and is a somewhat less-than-ideal spot for a late visit (it suffers from a bar-or-club identity crisis once the moon rises), but it’s certainly an excellent spot for a pre- or post-game meal.

What of the flagship location, though? While the Rivertowne franchise — which recently expanded into a full brewing operation, complete with canned beers on the way — was born in Verona in 2002, the Monroeville spot is the one that made the name, featuring a microbrewery on-site. Located just barely off the beaten path (use your GPS, but trust that it won’t take long,) the Rivertowne Pour House avoids the trappings of big-box Monroeville and feels more authentically like a neighborhood joint.

Six of the in-house brews are full-time residents, like Babbling Blonde, Grateful White and signature brew Old Wylie’s IPA. Everything at this location (except a rotating selection of ciders from Woodchuck) is an original; fortunately, the crew at Rivertowne is good at brewing in a wide variety of styles, so there should be a housemade beer on tap for every drinker. I’ve only tried a few, but the beers I’ve had at Rivertowne are balanced and refreshing (if not always remarkable.)

The food, as you might’ve expected, is pub fare in expansive varieties — more sandwiches, pizzas, burgers, apps, wings and snacks than you can shake a breadstick at. A few entrees, salads and soup options round out the menu, but you’re here for a caloric overload. On this visit, I had a small Blast Furnace Pizza, overloaded with pepperoni, sausage, capicola, hot peppers and onions. I was a fan — but be prepared to share even small portions, as even the 8” left me stuffed. On a previous visit, I tried the Cajun Catfish sub and was highly pleased.

I’m also happy to see a variety of snack sizes and price points on the menu. Rivertowne seems to know that guests will be dropping in in various states of hunger, from famished to I’ll-just-have-a-bite. As such, there’s the “Bait” appetizers, traditional (and mostly fried) snack fare; “Tackle”, with larger portions of seafood apps and more; and “Snacks”, with small choices to nibble for as little as $2.99.

And — in stark contrast to the boisterous atmosphere on the North Shore — the Monroeville installment of Rivertowne is almost calm, with handcrafted wood chairs and more than one roaring fire. Sure, there are TVs and pop music, but your normal sports bar it ain’t; while turning up for trivia night or a game would certainly get the place rocking, it’s a relaxing place to stop for lunch or dinner.

Rivertowne may not inspire rapt devotion just yet — though as the beers improve, that might change — but the chain is a worthy addition to Pittsburgh’s hangout scene. If you’re around the corner from one of the suburban locations, you could do much worse than to make it a regular hangout. And if you’re walking by on your way to PNC Park or Heinz Field, plan a stop. You’ll eat better (and bigger) and drink more for less than you will at the game.