This is a bar for rebels. And people who love cheap drafts. 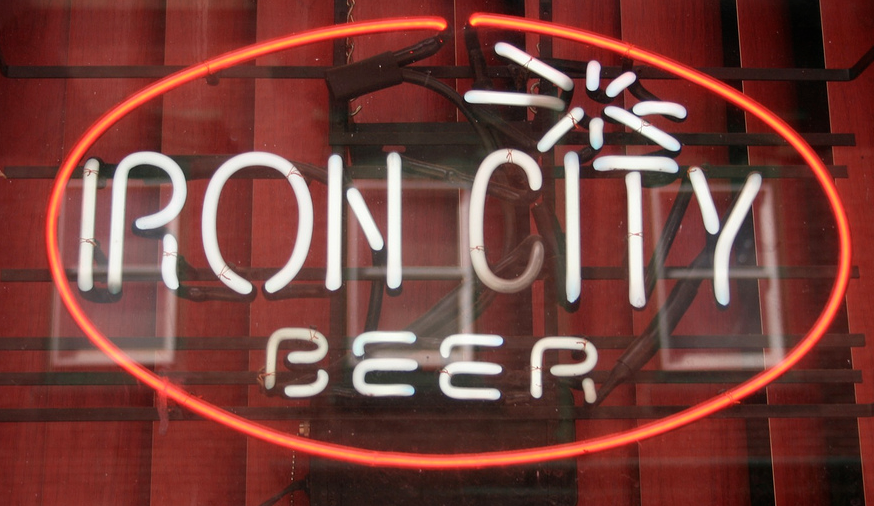 Despite regular trips driving aimlessly throughout western Pennsylvania, I’m happy to admit that I have not been everywhere. Not only are there still towns and villages that I’ve never visited, but there are also places I’ve never even heard of before.

To wit: Pennsbury Village, a tiny (one-tenth of a square mile) borough to the west of Carnegie and Rosslyn Farms. The name jumped out at me on Google Maps one day. I drive past it almost constantly but was quite sure I’d never heard the name. My curiosity was further piqued by the promise of food and booze: the only marker within the small borough, at least as far as Google Maps was concerned, read “Pennsbury Pub & Grille.”

Yup, that’ll do for a quick excursion.

Some extremely basic research revealed that Pennsbury Village is something of a rebellious enclave, albeit in a very normative sort of way. The entire borough is one moderately-sized condominium complex and was formerly a part of Robinson Township (which completely surrounds the miniscule municipality). In 1976, the residents had a minor beef with the Township about utilities; rather than take it on the chin, they straight-up seceded from Robinson.

There was a Declaration of Secession. For real. You can read about it on Wikipedia.

Anyway, the housing-plan-turned-hamlet is nice enough; a winding collection of cookie-cutter townhouses and well-maintained streets. They’ve got tennis courts, a big pool and all manner of other self-contained pleasantness. Barring an overly restrictive one-dog-per-house rule I saw posted, it seems like a fine place to live. (Get with it, Pennsbury Village. Dogs need friends.)

And yes, there is a “business district” — consisting entirely of the municipal offices, a hair salon, a laundromat and a surprisingly amenable bar and restaurant. The Pennsbury Pub & Grille (formerly Score’s Pizza and Wings) is a three-room sports bar covered in flat-screens; SportsCenter and local news hang in every corner, and most booths are anchored by a small TV of their own (distract the kids with “Adventure Time” and turn the other way to watch the game).

The bar — open ’til 2 a.m., seven nights a week — is a shot-and-a-beer kind of a place, with a rotating daily draft special setting you back a mere $2.25 or $3. Most of the drafts are run-of-the-mill domestics, but they’ve got a few of the bigger seasonals (Sam Adams, Blue Moon) on tap as well. If the wall-sized mural of PNC Park didn’t clue you in, this is where the tiny community gathers to cheer on anybody worth rooting for.

The restaurant offers the familiar corner-spot options — hoagies, burgers, pizza and a boatload of apps. (Some day, I’m going to tackle the scientifically inscrutable difference between pizza and “Pizza Bread.” For today, I’ll just note that the variety of the latter offered at Pennsbury Pub is tasty.) Of note is gnocchi fresh-made from Theresa’s Italian Bakery in McKees Rocks, as well as the Pub Penne and Sundried Tomato Pasta dishes.

In both beer and food, the price is definitely right. If you want to get two people a solid meal for about $20, this is the right spot.

There’s something uniquely Pittsburgh about this neighborhood. It’s not just that their forebearers got stubborn over sewage-treatment costs and decided to raise their own flag; it’s that in a very simple, utilitarian community, they decided they positively needed a seven-days-a-week pub to slip down to, and nothing outside the front gate would do. Makes you want to secede your own block … as long as someone on the street has plenty of flat-screens and drafts.

This article appears in the October 2013 issue of After Dark.
Categories: After Dark