The northern outpost of the "bikes, burgers, beers" bar takes the Bar Exam. 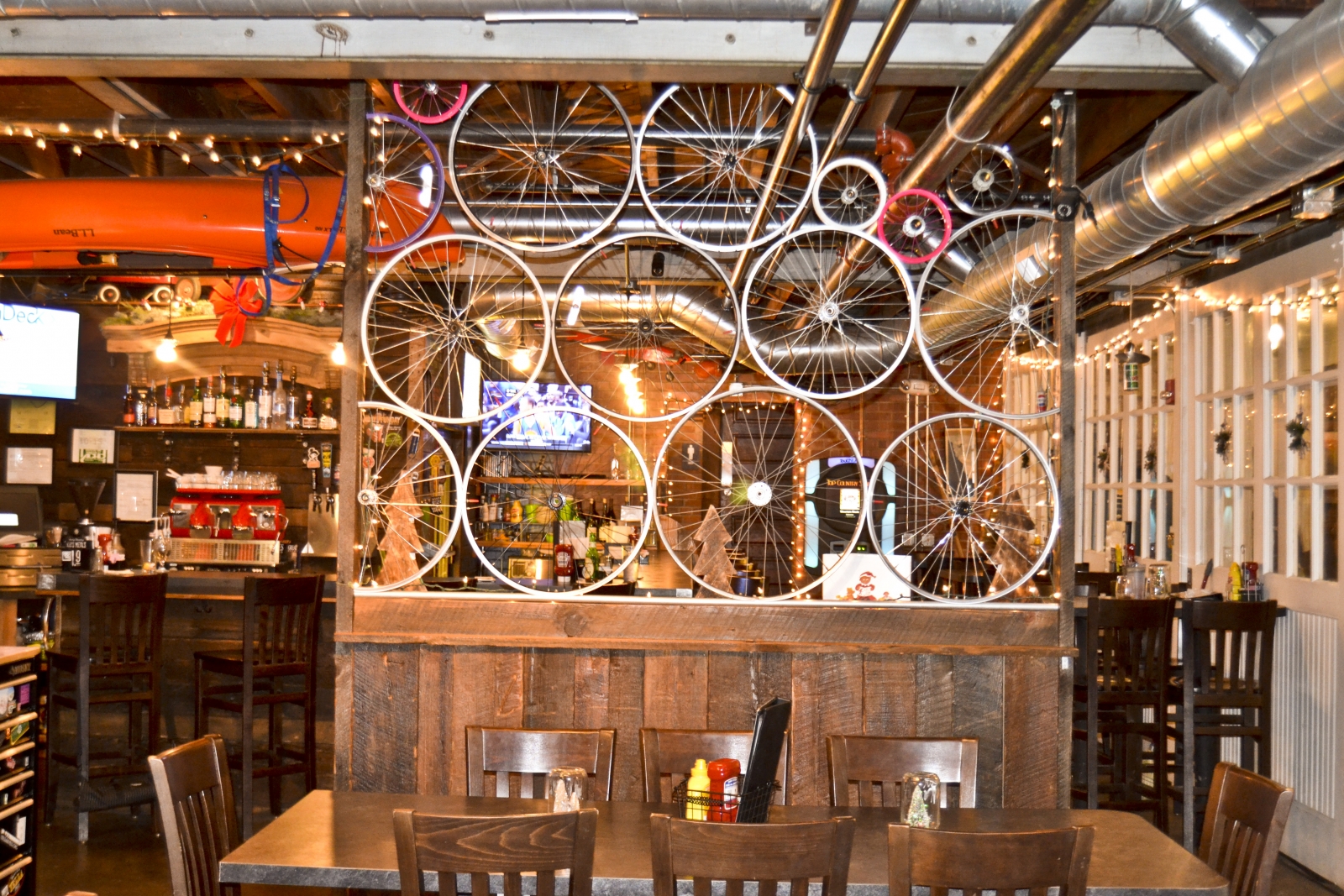 It’s amazing there hasn’t been a restaurant at the North Park Boathouse before. For those familiar with North Park, you’ll know just how underused the central boathouse on the lake used to be; until recently, the historic white and red brick building served as a restroom and boat-storage facility. However, when the county offered the building for lease in 2011, Over the Bar Bicycle Cafe founders Michael Kotyk and Marty Maloney felt it was the perfect spot to open up another location. After a daunting renovation project, Over the Bar at the Boathouse opened in October 2013.

Capitalizing on Pittsburgh’s newfound obsession with the bicycle, OTB caters to cyclists of the road, mountains and everything in between — as well as the hordes of outdoor enthusiasts who frequent the park. It has quickly become a stop for those looking for a place to relax after a day spent riding . . . or for those who just want to hang out at a cool bar in the middle of a county park.

The decor reflects OTB’s attitude toward bike culture: Local bike shops advertise on the walls and on the menu (even a few dishes get their names from local shops). A collection of hubs, spokes, and bike chains line the ceilings and partitions. There’s a cool bike-themed glass mosaic that greets you in the entrance. It’s a fairly unique atmosphere and you don’t have to be into bikes to appreciate it.

The menu features a commitment to the now-common “Buy Fresh, Buy Local” slogan, with a focus on sourcing from western Pa. farmers. There are burgers, sandwiches and a whole bunch of appetizers all with bike-centric names such as “The Hardtail,” “The Trail Stewart,” and “The Tandem,” to chose from.

If you’re looking for good food and beer, the price is right in that sweet spot — nothing on the menu is above $14, so you can get a meal and a few great beers for around $20.

I started off with “the Spoke Junkie,” OTB's take on fried zucchini; the vegetable is rolled up in three different cheeses, breaded and then lightly fried. The result is good — really good. I’ve never quite had fried zucchini like it.

Next was “Henry’s Blackened Fish Tacos,” which stood out in a menu mostly comprised of bar-food standbys. They were a little heavy on the pineapple salsa (and the fish came out a bit cold), but the tacos were tasty overall, with just the right amount of spice.

OTB describes itself as a place for “Bikes. Burgers. Beers.” While straightforward, the description couldn’t be more accurate. Though the spot does offer breakfast service starting at 8 a.m., the focus is on lunch and dinner with the familiar bar fare — oh, and beer.

While their selection isn’t exactly endless, there’s a nice list of drafts and bottles to choose from. In the handful of times I’ve been there, I’ve never seen the same thing on draft twice. It may sound like a given, but I recommend stopping by during happy hour (5-7 p.m.), when everything is half off.

OTB’s only drawback is also it’s greatest strength: the location. Because it’s inside a park which closes at midnight, last call happens a little before 10 p.m. on weekends and 9 p.m. on weekdays. It’s a shame, too, because every time I’ve gone in to have a drink or a bite, I’ve always wanted to stay just a bit longer. But maybe that's the idea: every time I leave, I want to come back for more.