The family business on the South Side, famous as a top "breakfast bar," takes the Bar Exam. 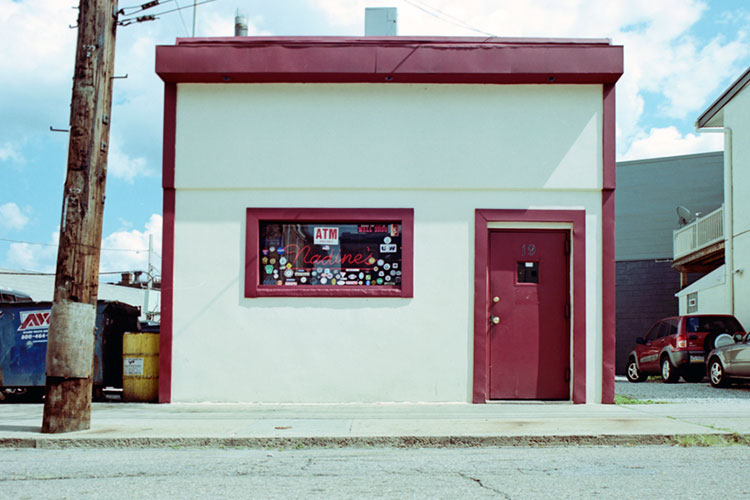 On a recent Lyft trip, I mentioned to the driver that I write about bars. (This is a Lyft thing, by the way: You will have a conversation with the driver, and you’re supposed to sit in the front.) Immediately, my friendly chauffeur began raving about Nadine's Bar and Restaurant in the South Side; he praised it as the best breakfast bar in the city.

Breakfast bar? It immediately occurred to me that I had never reckoned with the concept in this space. To be sure, we at PM cover brunch spots — many of which feature adult beverages — frequently, both in print and on the Web. But this particular distinction — not a place open early, not a brunch spot with drinks but a breakfast bar — had never crossed my mind.

It’s a long-standing tradition, though. Pittsburgh long has had joints that served beer and steak alongside coffee and eggs; this originally was a service for millworkers with shifts ending at the start of the day. After all, everybody likes a drink after work, even if “after work” is around 8:00 in the morning.

Now, let me clarify: I do not endorse drinking in the morning as a matter of course. It’s a day-disrupting behavior at best and a troubling one at worst. On the other hand, though, if we are willing to accept mimosas, Pimm’s Cups and the like as morning beverages, then we clearly are not out-and-out opposed to the idea of a drink before noon, given the right circumstances. Must our morning alcohol selections be fruit-based, sparkling or both? What if someone wants a light beer with their eggs — a pairing that won’t make Food & Wine but is winning nonetheless?

And there still are plenty of Pittsburghers who work the midnight shift. And they’re entitled to their dawn happy hour just like the steelworkers of old.

That’s a long preface to a simple conclusion: My driver was right. Nadine’s is an awesome breakfast bar. Its atmosphere is pure neighborhood watering hole; a long bar is surrounded by small tables in one unpretentious room. The 13-year-old establishment is family-owned and -run, and the staff will greet you like an old friend on your first visit.

And the food. The food. The eggy, cheesy, filling food. On my Lyft driver’s suggestion, I ordered the mixed grill; the menu promised a plate of “eggs, sausage, cheese, home fries plus whatever else Nadine feels like mixing up and grilling.” My whatever included ham and peppers in addition to the aforementioned, and it was great. And huge — a dinner plate covered in food — for $5.50. The menu doesn’t specify any sides, but when I asked for toast a la carte, they threw it in for nothing.

Oh — and it tasted awesome alongside a light beer.

That price wasn’t a special, by the way. Nothing on the regular menu — which also includes a long list of lunch items, including a raved-over fried bologna sandwich — tops $5.95. Nadine’s food is unbelievably affordable, especially since it can easily stand up against (if not top) pricier fare at more lauded greasy spoons.

So yes, Nadine’s is now my go-to breakfast bar, even if I never really thought about that distinction before this week. What’s more, it’s a knockout for breakfast anytime and a cozy neighborhood dive for the South Siders lucky enough to live nearby.

I need to start getting more tips from Lyft drivers.