The search for a truly authentic Irish pub takes After Dark to New Castle. 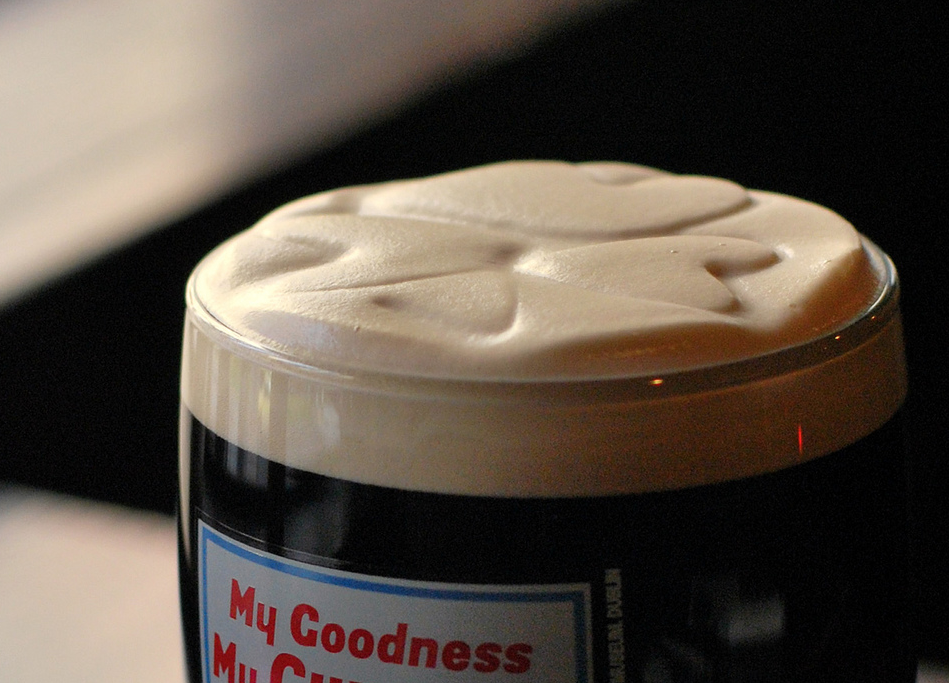 This Monday brings Pittsburgh’s favorite ethnically influenced drinking holiday, as St. Patrick’s Day proper follows most of the traditional celebrations, which generally are scheduled for Saturday this time around. Two St. Paddy’s ago, I offered some advice on more authentic Irish drinking. While the plague of green beer continues unabated, we’ve certainly upped our Celtic cred in recent years: There are multiple places to get boxty. We’re flying in Irish boxers. And whiskey’s ascension is still in full force.

But for all of our historical and cultural Irishness, Pittsburgh — like most American cities — still doesn’t have the feel of an Irish pub quite right. That’s not to say that the Irish joints around are lacking or unpleasant — I like most of them quite a lot. But there’s more to it than decor, trad (Irish traditional music) and Guinness. (And we won’t even get into the proper pouring of a pint.)

As it so happens, I just took a vacation to Ireland last week. I spent a semester there in 2006, and this was my first trip back. In returning and spending time at pubs in Dublin and Galway, I was reminded of the essential distinctions that makes an authentic Irish pub different from its trans-Atlantic imitators: size and shape.

See, most pubs in Ireland — at least in the cities — are sort of small, often featuring a series of connected rooms filled with semi-private corners or booths. Within one pub, you’ll find bars in multiple rooms of differing configurations, with more shadow and candlelight than open space. The overall capacity will often be buoyed by some outdoor seating or a beer garden, but the number of people that can safely (or even unsafely) fit into a bar in Ireland is usually fairly low.

Why? I couldn’t claim to know the history, but I can tell you the effect: conversation and intimacy. You go to be in close quarters and familiar conversation with your drinking partners. You don’t go to text and snap selfies and you don’t go to sing “Don’t Stop Believin’” with the room (although, yes, there is karaoke) — you go to sit and chat in some cozy little area of a warm, inviting pub.

That’s markedly different from many American bars of all stripes, which seek to take as many drinkers as possible and place them in a large, wide-open box.

In my search for the most Irish of local Irish pubs, I made the trip north to Lanigan’s Irish Pub in New Castle. Our fact-checker, Krystal Hare, clued me in to the fact that not only does Lanigan’s boast a formidable, two-day St. Paddy’s celebration, but “St. Practice” parties on the 17th of other months as well.

First, the bad news: It is a large, wide-open box. The former storefront was clearly not envisioned as a pub of any kind, let alone one with tiny corners and intimate nooks. Lanigan’s is half-Irish pub, half-sports bar, and both the layout (pool tables, plenty of space for big group hockey watching) and the grub reflect that mix.

The place does all the Irish-American trappings well, though: both Guinness and Murphy’s, as well as Harp and some rotating other choices, on tap, and an all-encompassing Gaelic playlist on the stereo. Both the more Americanized and Irish sides of the menu are satisfying — I enjoyed the boneless chicken app (in Guinness-battered breading!) as much as I enjoyed a not-too-filling corned beef boxty.

And to its credit, Lanigan’s does try to get a bit of that authentic Irish construction into its layout: across from the bar are partially-partitioned groups of stools, perfect for three or four to stand close and trade stories. The ambition here clearly makes up for the architecture.

No matter how long they take to pour the Guinness, no Irish pub in America is the real deal; you’ll need to buy a plane ticket for that. But if you want to bring your St. Pat’s celebration as close to the Emerald Isle as possible, it’s not in what you drink or what music you’re listening to. It’s in how you spend the evening, and who you spend it with.

Too sappy? Have another whiskey — it’ll start making sense.