Find whiskey, tempting food and a break from the East Carson Street action in this pleasant hideaway. 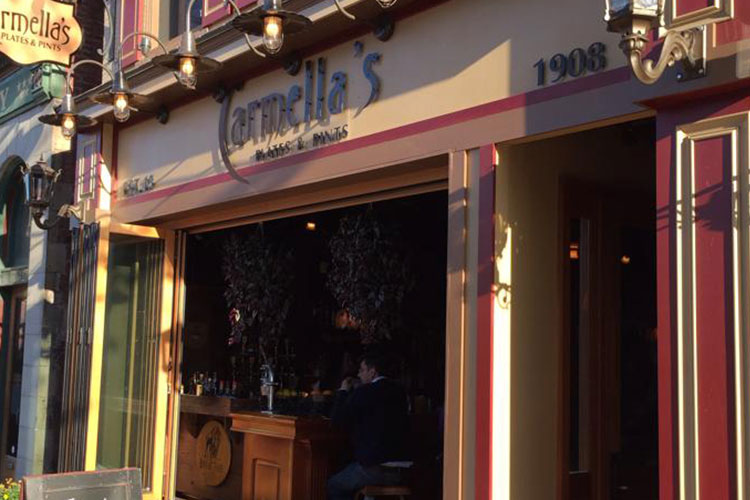 I’m not sure we can yet declare that the South Side Flats are evolving. The nightlife-centered neighborhood is changing, but that’s always been a constant; admittedly, I don’t spend enough time in the thick of East Carson on the weekends to know if the atmosphere has changed or if it still feels like a particularly large house party at a state university.

When the sun’s up, though, I love the South Side, and I visit as often as I can. On those trips, I have noticed this change: Whereas East Carson recently was a place with a certain type of bar, it slowly is becoming a place with nearly every type of bar. A wider variety of experiences is available on the city’s rowdiest stretch than was the case even five or 10 years ago.

To wit: Carmella’s Plates & Pints. The former site of the Inn-Termission Lounge opened in late 2013, adding a restaurant program a year later; our restaurant critic, Hal B. Klein, took a first look at the menu in December.

Carmella’s isn’t just one type of hangout atypical for East Carson Street; it’s two. In the front half of the building, an open-air whiskey bar spills sound and music out onto the street. This is a jolly, boisterous place for a happy hour in the truest sense of the term — an intimate, celebratory gathering with drinks flowing freely and perhaps a snack or two.

I particularly was taken with the back half of Carmella’s, a sit-down space with exposed wood beams overhead and the decor of a slightly hipster-ized hunting lodge. There are few places on the South Side where one feels like lingering indefinitely; this is a neighborhood built for the bar crawl, the pre- and post-event rounds, the in-and-out one quick drink. Over the titular plates and pints at Carmella’s, though, one could easily let the hours slip by.

The menu available during my visit included some smaller plates and entree-sized items. If you’re looking to nibble, there’s mac ‘n’ cheese, fried oysters, shrimp ceviche, roasted cauliflower and more; if you’re in for a meal, Carmella’s offers duck-confit tacos, lamb chops, a bison burger (which I heard others ordering multiple times) and the blackened catfish with rice, which I ordered and found perfectly prepared.

Beer may be the beverage referenced in the place’s name — and yes, there are more than 25 on tap, tending toward the hoppy and/or high in alcohol — but whiskey clearly is the main event at Carmella’s. A spirit list longer than the wine list at even vino-obsessed restaurants listed 53 bourbons, 79 scotches, 21 rye whiskeys and 18 more; 11 of those were on tap. A cocktail list focused on the basics, appropriately enough; this would be a fine place for a Manhattan or a Rob Roy.

Carmella’s is imperfect; the atmosphere and music level in the front part of the room definitely would be obtrusive for all but the most boisterous of parties, and I’d like to see a bit more inventiveness on the cocktail menu, particularly with that many spirits behind the bar. But it’s an entirely pleasant place to spend some time and a cool little hideaway amidst the East Carson uproar. On a street that always has something new to offer, I know I’ll be back.