This retro-style Oakland spot keeps it simple in the best way possible. 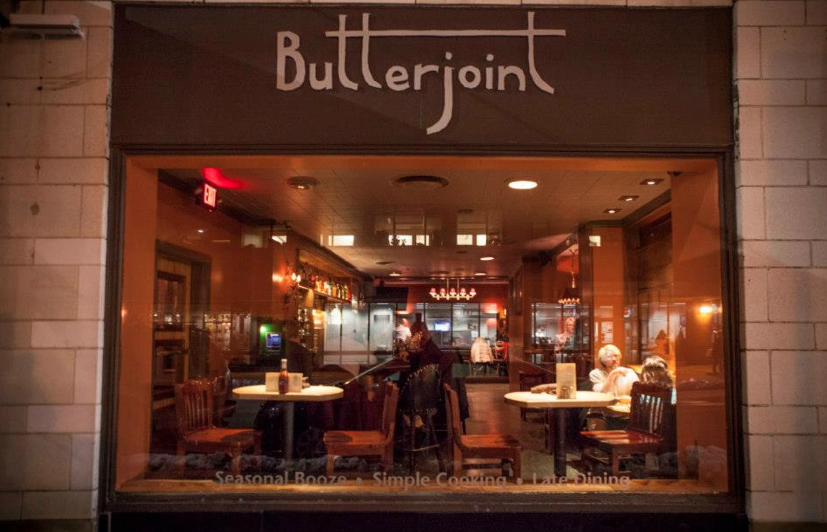 The mention of an “Oakland bar” in any conversation about drinking immediately conjures up a barrage of mental imagery — endless shot pitchers, the latest track from Drake or Pitbull, sticky floors and no respite from any of the above.

While there’s a time and place for candy necklaces and Kamikazes, it’s widely understood that (unless you like drinking your martinis out of plastic cups) you’d best stay out of Oakland when looking for somewhere to take a date.

A single trip to Butterjoint, however, might turn that bit of conventional wisdom upside-down. In fact, Oakland might be the first neighborhood that comes to mind next time you’re looking for a place to have a cocktail and unwind. 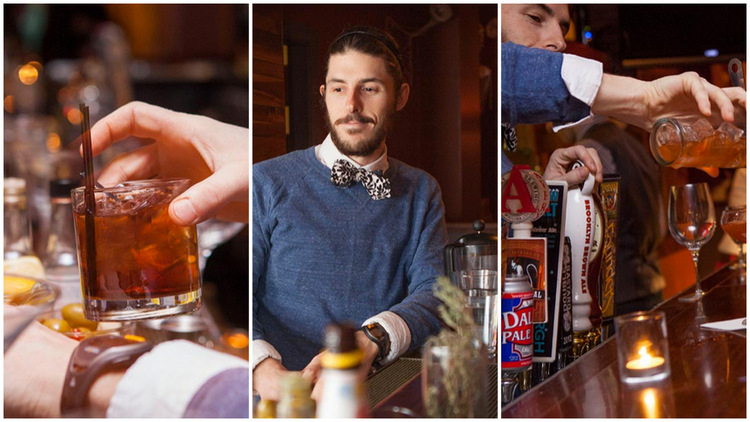 Originally, Butterjoint was just the bar for Legume, a restaurant whose locally sourced cuisine links it to many a conversation about Pittsburgh’s best restaurants. Two years ago the Legume crew officially established Butterjoint as its own entity, complete with a separate aesthetic and distinct menu.

Under the management of savvy bar manager Will Groves — whose prior experience includes Root 174 and Kaya — and a staff of skilled drink makers, Butterjoint has carved out a niche as Oakland’s go-to locale for decent drinks. And food, for that matter: The kitchen staff works in the Legume/Butterjoint shared kitchen using the same top-quality ingredients for dishes on Butterjoint’s small menu.

Watch: Behind the Bar at Butterjoint

This isn’t trend-chasing, however: Much of the bar’s old-school charm comes from what it kept rather than what it added. Remnants of Moré, the neighborhood restaurant that occupied Legume’s space for decades beforehand, are evident, making Butterjoint feel like it’s sticking to its roots rather than putting on airs. 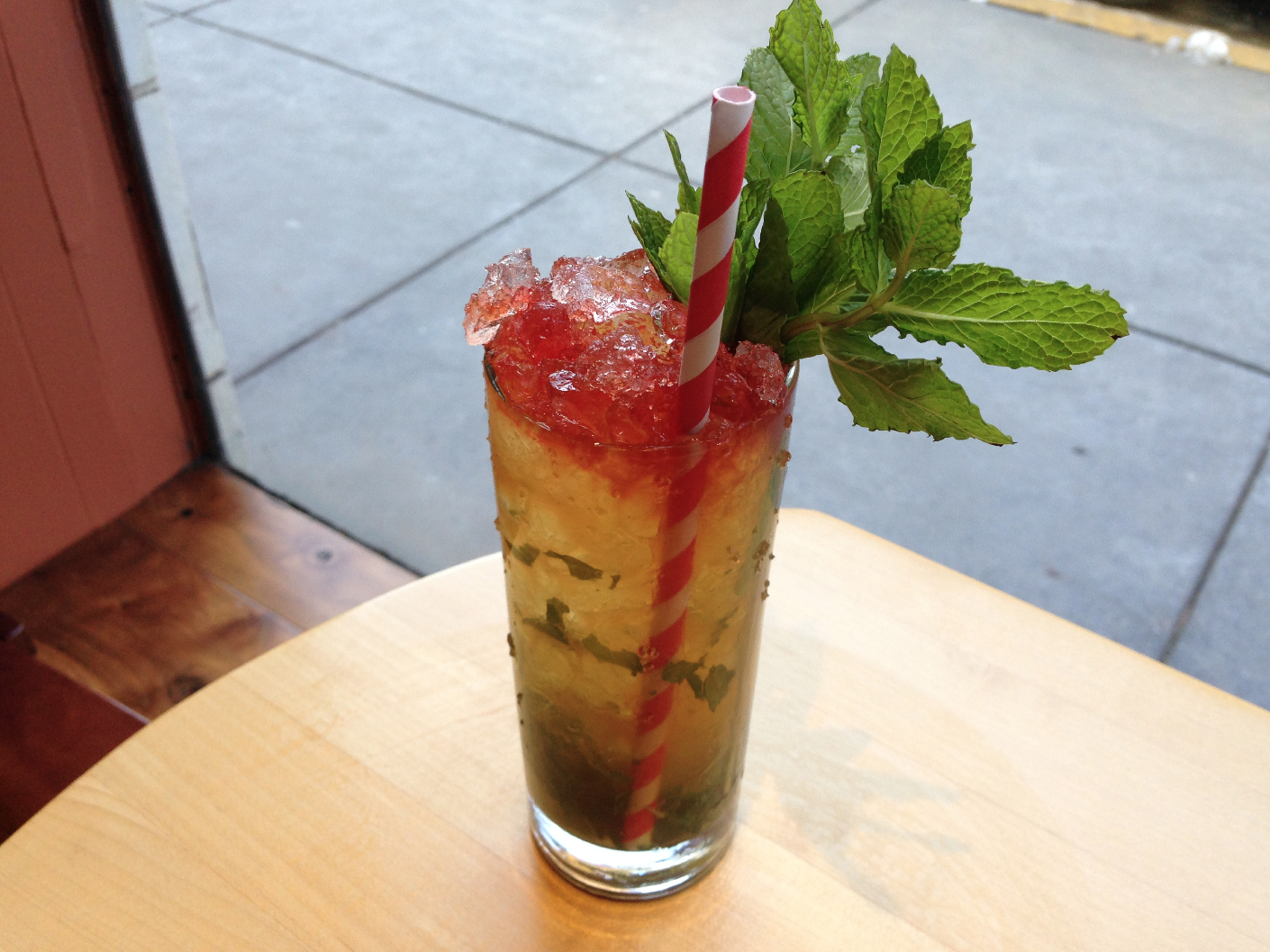 This sticking-to-your-roots philosophy also is evident in the drink offerings. Patrons may not have an endless number of drink and liquor choices, but the modest selection provides enough to satisfy. There are tastefully modern takes on classics; for example, a favorite was the Old Fashioned made with locally distilled Stonewall rum rather than a traditional rye or bourbon. Indecisive? Order a “Mercy of the Bartender,” and let the mixing genius surprise you with a drink that might become a personal staple.

You should know, though, that Butterjoint isn’t only about cocktails: There’s also a healthy draft list that’ll cover the needs of the beer nerds among us. Legume’s skillful sommelier Caroline Matys ensures that wine lovers aren’t forgotten either.

Next time you’re setting a meeting place with some friends, don’t be afraid to suggest an “Oakland bar” if it’s Butterjoint. There’s likely something to satisfy everyone. Unless your pals are looking for sticky floors and shot pitchers — then they’ll have to walk a couple of blocks.

One-on-one with Will Groves

Butterjoint has a modest drink menu, and a lot of it is fairly traditional. Why?
I guess I’m kind of postmodern in that I think that almost everything has been done. There’s a lot of beauty in really simple stuff and in classic drinks and in things that are done the way they’ve been done for 150 years. There’s really not a lot of a need to reinvent the wheel. Even if you look at our house drinks, more often than not it’s a riff or a play on a classic drink.

Tell us about Mercy of the Bartender.
It’s a thing that I wish were more codified in cocktail bars — that people would know to walk up to the bartender and say “dealer’s choice.” That’s the phrase that gets used most often: It’s a dealer’s choice. We just kind of put it on the menu to facilitate that. What it is is always classics … almost always pre-1960. And it’s just what we feel like [making] at that moment.

Pittsburgh has seen an explosion in the number of local distilleries. Do you use more Pittsburgh-produced liquor in your drinks these days?
Absolutely. On our menu right now is Boyd & Blair [and] Wigle products. Really recently we had Stonewall, the new rum from Boyd & Blair, as well as Maggie’s Farm. We’re in a good spot in Pittsburgh, where it’s really easy to do that. Even if you extend it to Pennsylvania, then you get Dad’s Hat, and you get Philadelphia Distilling and their whole line of products that I love. So you can keep it really local and not affect the variety of products that you offer at all.