Back to the Future: How to Make a Bar a Church (Again) 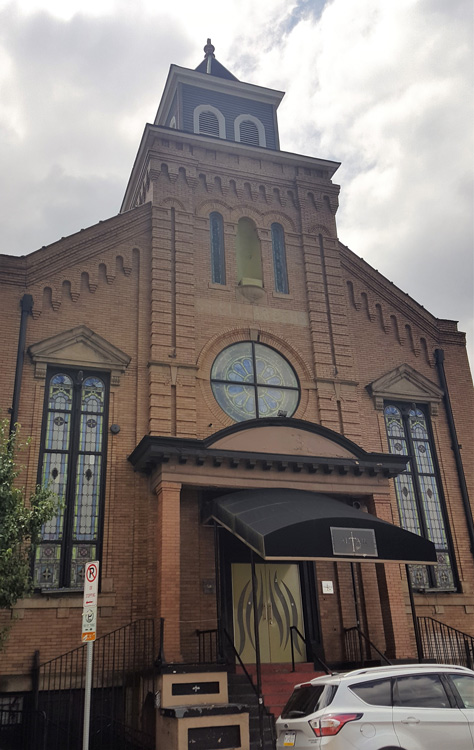 Physical therapist Ben Read enjoyed the intimate concert experiences at the Altar Bar in the Strip District, which closed last July. Now, he is ready to enjoy the Sunday services of the Orchard Hill Church in the same space where he heard some of his favorite bands.

“I distinctly remember it being pretty intimate because you could get up and close with the bands,” Read says. “Ironically, the bands I saw there were both Christian rock groups.”

When the Altar Bar announced its closing, Orchard Hill Church jumped at the opportunity for a new permanent space for its services. The interdenominational Christian church purchased the building and construction is now underway to make it a place of worship again.

The Orchard Hill Church began in the mid 1980s with a few hundred members and now has a congregation of about 2,500, with a church in Wexford. The church also holds services at Our Clubhouse in the Strip District and Penn Christian Academy in Butler County.

“I love the idea of redeeming an old church building,” says Joel Haldeman, campus pastor of Orchard Hill Church of the Strip District. “Being in here is just really cool.”

Read, who recently moved to Rochester, NY but previously worked for UPMC in Oakland while living in Ross Township, had been a member of Orchard Hill Church since 2011. Although now a New Yorker, he plans to return to Pittsburgh to see the completed renovation.

“My wife and I were pretty involved in the church and we were sad to leave our church family,” Read says. “But I’m super excited to come back because we’ve been waiting so long to move in there.”

Before it was the Altar Bar, the building at 1620 Penn Avenue was St. Elizabeth Church. The church,  built in 1908, closed in 2001 and was converted into a dance club a year later. It became the Altar Bar in 2006, hosting live music from rock to rap to karaoke.

As a real-estate enthusiast, Haldeman has a mental image of the restored church and how it will hold its services.

“I like to do a little real estate in my spare time, so I’m OK with going into an old building and thinking, ‘Oh, here’s what we can do with this,’” Haldeman says.

Haldeman says the plan is to lower the stage and take out the bar that runs the length of the floor to make room for tables and seats for services. The roof also is being repaired, as are the stained-glass windows, which Haldeman says will be moved to a more prominent location.

Although it needs a lot of work, Haldeman believes the space will be a great home for the church. It will be ready for use by early next year, he says.

“It’s pretty discouraging when you look at this room, it needs new floors, new walls, a new ceiling and new lights,” Haldeman says while looking at the basement. “But we chose this space because of its great location, but most of all because it’s an old church, which is really cool.”