Baby It's (Not That) Cold Outside

The Iceman does not cometh, until we tempt him with the Karma Boomerang.

I had the sneaking suspicion that Mother Nature was just getting started. She showed up early to throw her winter curse upon us, and probably had no intention of lifting it until early May.

We were in for it. The worst winter ever. I moved the sidewalk salt and the snow shovel to the front porch where they would rest all winter for easy access the moment the white hell began floating down. I cursed Mother Nature and I wept. Fall is my favorite season and it seemed she was hell bent on skipping it this year.

I had read the extended winter weather forecasts from the local and national weather centers that were released in early October. I knew what was coming.

The Post-Gazette actually led their winter weather forecast article with "Apocalypse! Doomsday! Armageddon!" and then proceeded to warn us of "Below-average temperatures. Above-average precipitation. A cold snap for the holidays—all of them." They reported we should expect a brutally cold December with temperatures five to 10 degrees below normal.

Accuweather.com released their 2011-2012 winter predictions with a headline containing the word "brutal" and this terrifying map: 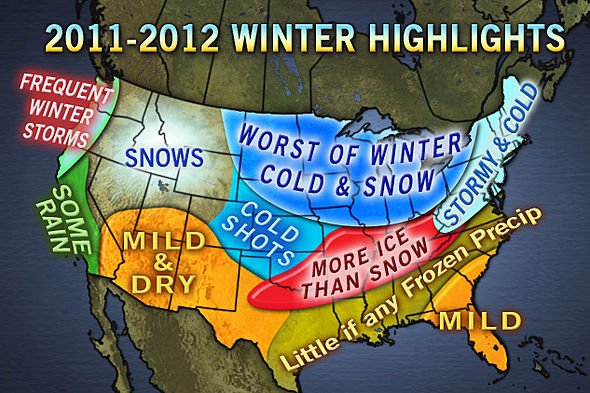 They predicted "another brutally cold and snowy winter for a large part of the country, thanks in large part to La Niña."

KDKA's Jeff Verszyla "researched and crunched numbers" and prepared us for a "colder than average December" with a white Christmas. 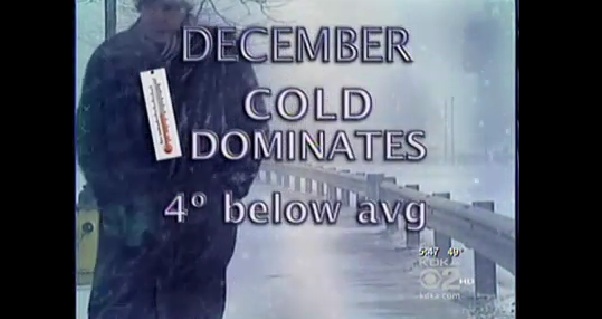 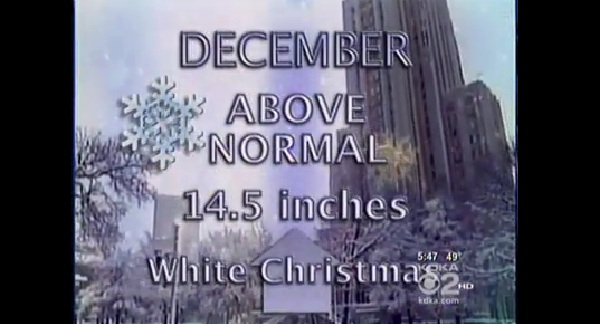 On December 20, it was 60 degrees. Our Christmas was South Carolina-ish.

We've had .9 inches of snow this month, when we were predicted to get at least 8 inches.

The snow shovel hasn't been touched, nor has the salt.

My car's ice scraper sits in my trunk, untouched.

Sure, I'd prefer snow to the recent rain, but if this is the brutal apocalyptic Armageddon they've been warning us about, I'll take it. Bring on January, because apparently winter is only two months long this year, Burghers!

Note: From the time I wrote this post, mere days ago, until now, the weather has behaved. Tonight, we're supposed to get 1-4 inches of snow. So this post, which started out as a fun way to say "neener neener" to Mother Nature, La Nina, and weather forecasters alike, has become a future Wikipedia reference link under "Karma Boomerang."

This article appears in the December 2011 issue of PittGirl.
Categories: PittGirl