Aviary Determined to Have Dwindling Condors Leave the Nest

The National Aviary is working to send ’Burgh-born birds back to their natural habitats to boost endangered populations. 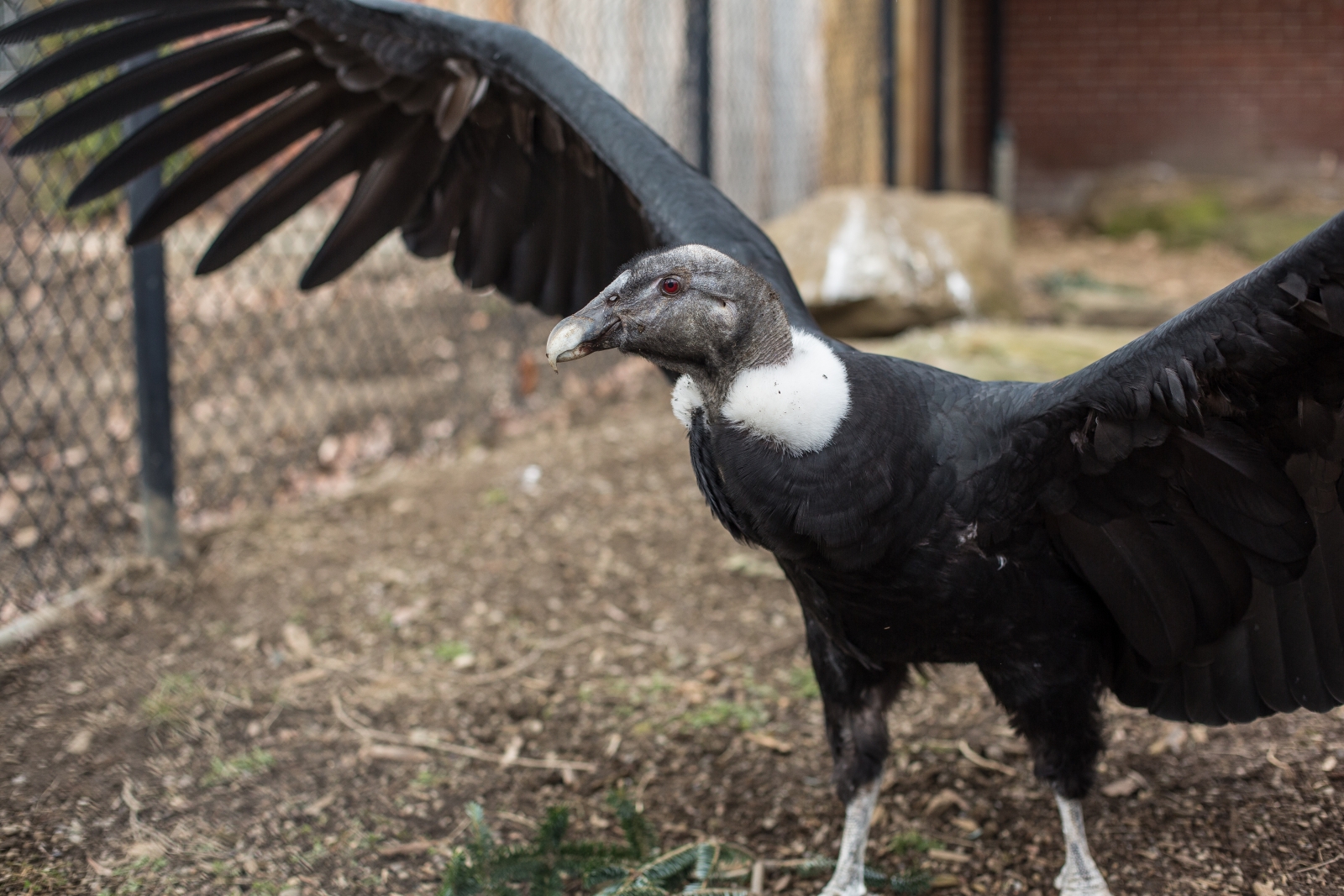 On the North Side, a condor is having a mild identity crisis.

“He was hand-raised — he doesn’t understand that he’s a condor,” explains Kurt Hundgen, the director of animal collections at the National Aviary. “He’s very responsive to people.”

The bird — Handsome, an Andean condor who previously lived at a zoo in Idaho — doesn’t know it, but his species is counting on him to work things out. Handsome is part of a breeding program at the aviary that aims to reintroduce Andean condors to Ecuador, where their numbers have dwindled.

Fewer than 50 condors live in the wild in Ecuador, despite their status as that country’s national bird. The species appears on Ecuador’s coat of arms and is revered in a manner similar to the bald eagle’s treatment in the United States. Conflicts with humans have led to the low population; while the species’ natural habitat is high in the Andes mountains, the condors soar from 50 to 100 miles a day and often land in populated farming areas.

The National Aviary is spearheading a program to bolster the numbers, working closely with Bioparque Amaru in Ecuador on a multifaceted process that will stretch over two decades. The primary goal is to help build Bioparque Amaru up so that breeding and release can happen in Ecuador; if successful, though, it also will mean Pittsburgh-born birds relocating to the South American country. 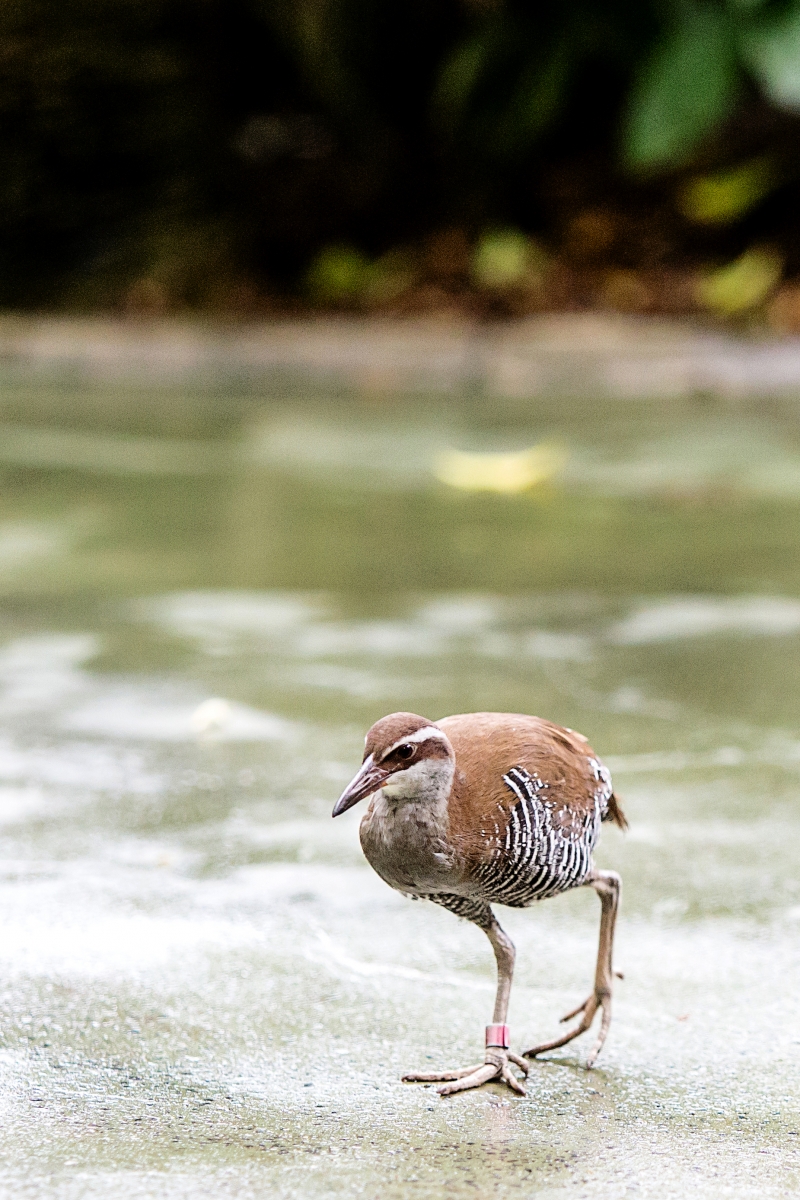 Hundgen explains that the process will move in five-year cycles. First, facilities and infrastructure at Bioparque Amaru must be established and refined while breeding occurs in the United States. In the second five-year period, research already underway into the habits and territory of wild condors and the logistics of reintroduction will coincide with raising awareness in Ecuador.

“There [will need to be a] pre-release education program … to help people understand what the issues are,” Hundgen says.

In the next 10 years, some reintroduction should be possible — though delays and cautious planning are necessary to ensure that releases would be successful.

Long before that, though, the condors have to breed, which presents challenges. Among 70 captive birds in North America, only one chick was produced in 2014. The National Aviary has two potential breeding pairs — Precious and Lurch, who have bonded and are likely to breed soon, and Handsome and Lianni, who have not taken to one another yet.

“[Handsome] still doesn’t know how to get along with a female, but he’s getting better,” Hundgen says. “What he really needs is an aggressive female to put him in his place.”

Lianni may be a bit too passive for Handsome; if that proves to be the case, the aviary will attempt to find another bird at a North American facility. 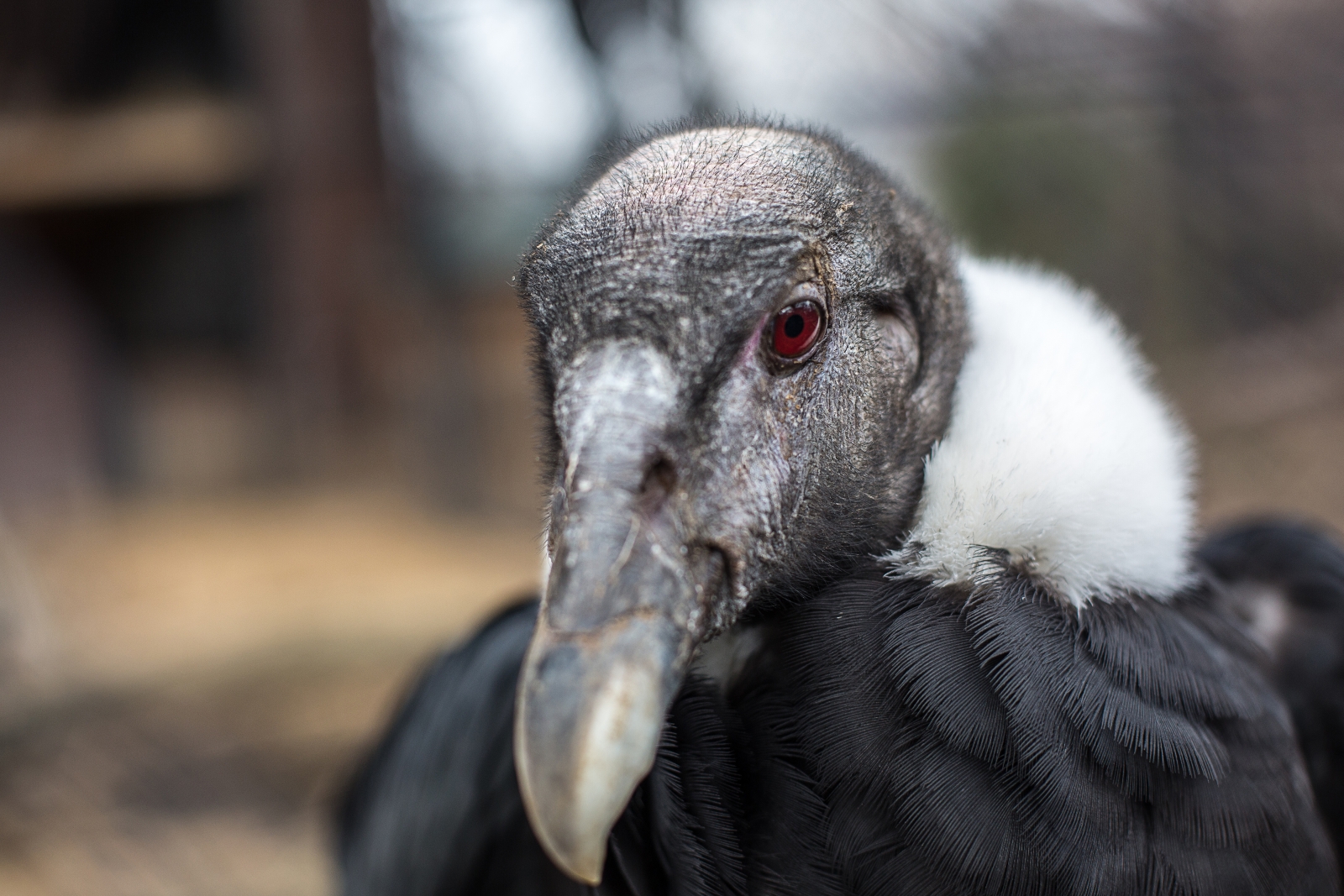 The process will become more manageable next month, as the aviary’s new condor exhibit is set to open. The structure, located outside of the aviary’s main building (and thus visible to passersby), replicates the look and shape of an Andean peak. The condors will perch on rocky outcroppings and stretch to warm their dark feathers, giving visitors a view of their majestic, 10-foot wingspan. More vitally, built-in nesting caves will provide the birds’ preferred location to lay and care for eggs.

As the aviary begins the long process to re-populate the skies above Ecuador, it continues to successfully send much smaller birds to a tiny Pacific island. The Guam rail, a nearly flightless bird with a distinctive stripe over its eyes, became extinct in the wild in the late 1980s. A species of snake accidentally was introduced to Guam around 1940; the snakes thrived while feasting on birds and eggs. While several species went extinct as a result, two — the rail and the Guam kingfisher — managed to survive in captivity.

Unlike the condors, Guam rails are not difficult to breed; one pair may produce six to 10 chicks per year — and when they do, they’re territorial and protective. Approach a hidden nest in the aviary’s Tropical Rainforest exhibit and the father of a newborn rail will burst from the bushes to steer you in another direction.

The National Aviary has delivered 26 rails for reintroduction, more than any other facility in North America; two more will make the trip this year. Those birds will be bound for Rota, a neighboring island. The snakes remain on Guam, preventing release of the birds there, though a captive breeding program is underway (and meeting with success) on the birds’ native home.

While the logistics of rail breeding and release are much less difficult than the challenges facing the condors, the general process is the same; cooperation, education, trial and error and — after many years — success, in the forms of populations beginning to climb in their natural habitats. While the idea of ’Burgh birds running through the bushes of Guam or soaring over the mountains of Ecuador is thrilling, the ultimate goal always will be to help those places breed and re-introduce native birds.

“In terms of logistics for us — we sent rails over in October; they didn’t get to Guam until [late February],” Hundgen says. “There’s quarantine; then there’s pre-release quarantine. When you’re breeding on Guam, it’s a lot easier to do the reintroduction.”

That’s true for Ecuador as well, and the aviary is hoping to bring birds on exhibit throughout that country to Bioparque Amaru for breeding. Meanwhile, they’re hoping that Handsome will find the right female. Just as soon as he learns to accept himself for the (very important) bird that he is.