Pittsburgh Magazine has a backstage view of “Toruk: The First Flight,” which runs this week at Consol Energy Center. 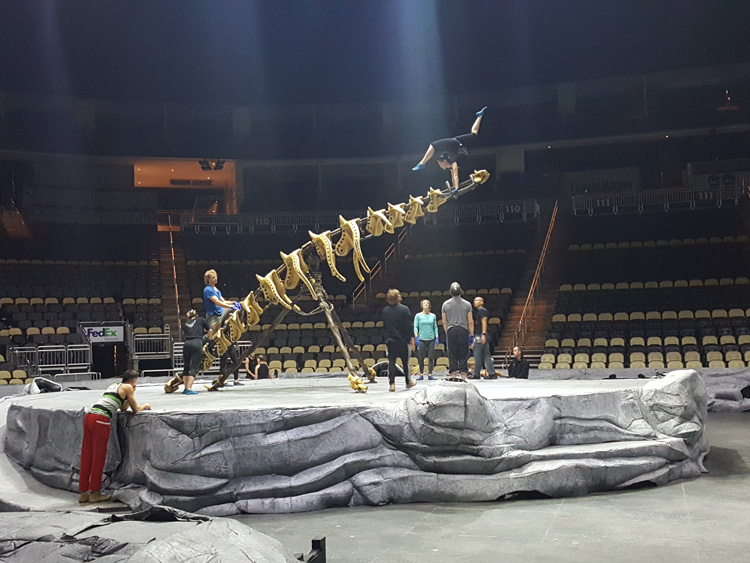 “[The show] Is a visual feast. It’s very new and like nothing we’ve ever seen before,” the show’s kite specialist, Sebasten Clarke said.

Through the use of puppets and stunning video projections, Clarke and the rest of the near 100-member crew aim to recreate the world of Pandora some 3,000 years prior the events of the James Cameron film — – before any humans arrived on the planet. 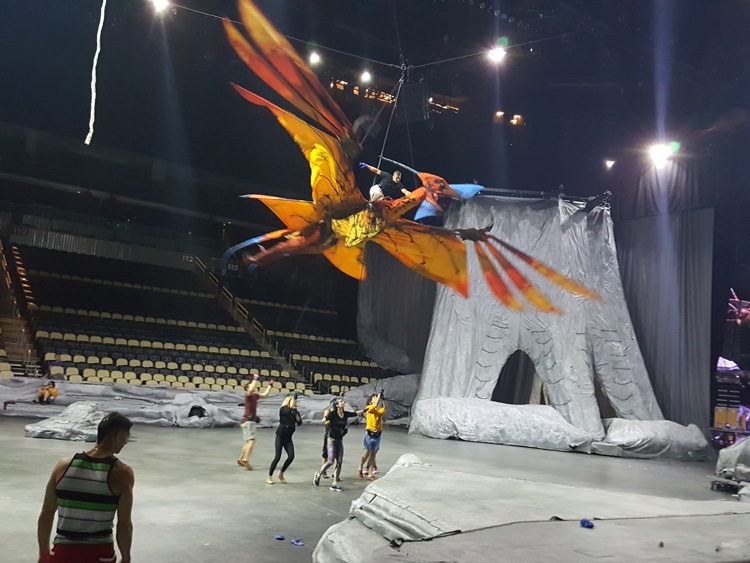 The show follows each of these tribes as the tale of the first Na’vi to tame the massive Toruk (pronounced ‘Too-rook’) unfolds. Fans of the movie will likely recall that the protagonists, Jake Sully (played by Sam Worthington) tamed and rode the infamous Toruk in the movie earning the trust and admiration of the Omaticaya-clan.

Each of the show’s puppets including the massive Toruk are designed with “natural fibers” according to Silverman. The designs intend to create an immersive world as real and life-like as possible. While most puppets only need one or two puppeteers for operation, the massive Toruk commands a team of seven. 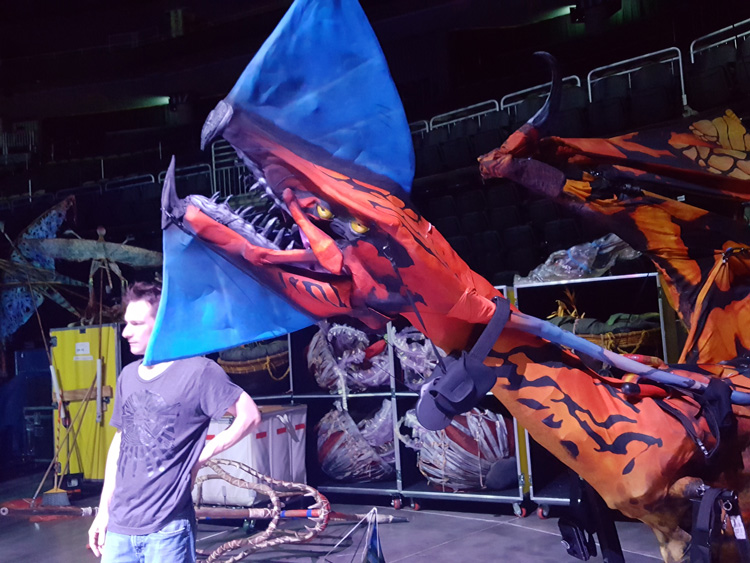 “Puppeteers bring life into puppet below while the automation team is doing the movement above,” Silverman said.

The puppeteering, masterful choreography and acrobatics of show go hand-in-hand with the story’s plot. Additionally, the show boasts over a half dozen video projections that transforms the stage from a luscious jungle to a cascading waterfall and even to a molting bed of lava.

The show runs through June 26.