The 44th stamp in the Black Heritage series will feature the Pittsburgh playwright. 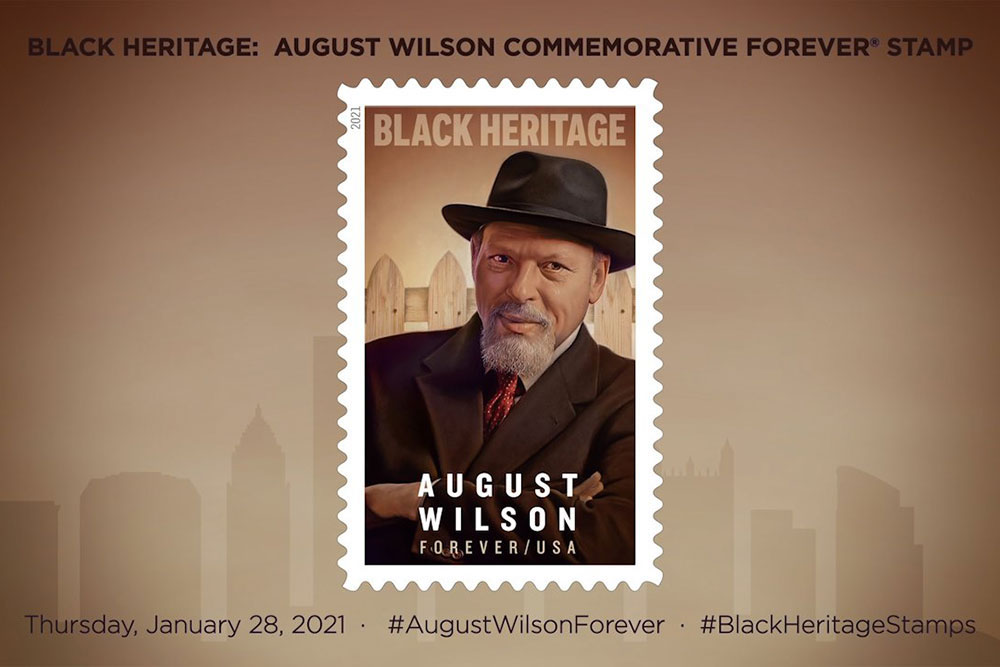 The U.S. Postal Service will honor Pittsburgh playwright August Wilson as their 44th addition to the Black Heritage series. He will be featured on a commemorative Forever stamp officially released Thursday, Jan. 28, at 11:30 a.m. It’s available for pre-order here.

The Postal Service will host a virtual celebration through its social media channels, including Facebook and Twitter. News of the stamp’s release is being shared with the hashtags #AugustWilsonForever and #BlackHeritageSeries. More information about participating in this virtual event can be found on the U.S.P.S. website.

August Wilson, who died in 2005, is a Pulitzer prize-winning playwright renowned for bringing previously marginalized voices to American theater. The stamp, designed by Ethel Kessler and Tim O’Brien, features an oil painting of Wilson from a 2005 photograph. Behind Wilson lies a white picket fence, a tribute to his play “Fences,” the sixth in his ten-part Pittsburgh Cycle. “Fences” was turned into a movie, which was filmed in Pittsburgh. Each of the plays in this cycle explore African American experiences throughout the 20th century.