Pirates fight to keep their heads above water amidst Stanley Cup fever. 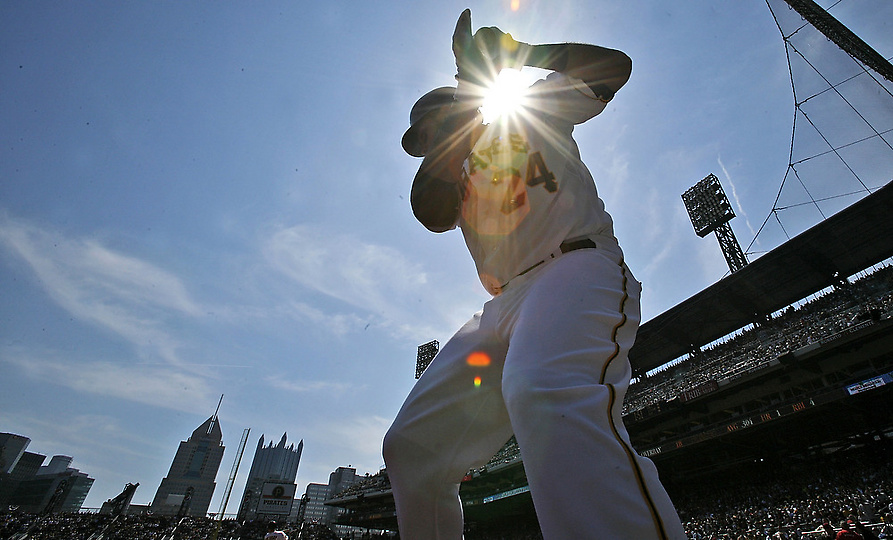 The Pirates picked the absolute worst time for their first tailspin of 2011; they haven’t won a game in a week, and the Penguins started their 2011 playoff run on Wednesday. The Penguins have been a fixture in the NHL’s annual tournament since 2007, and that generally leaves the Pirates with about two weeks’ worth of the season to make a good impression on fans before everyone turns their attention to hockey.

In the three seasons since 2008, the Pens’ playoff run has lasted at least a month. By comparison, the last time the Pirates have had a winning record after May 13 was in 2004, when they held out until May 30 with a 23-23 record. The Penguins’ two runs to the Stanley Cup Finals extended into June. The last time the Pirates had a winning record in June was 1999. That team made it to September with a .500 record and were 75-76 on Sept. 24 before dropping seven of their last 11 games.

The kicker? 1999 was the year Jason Kendall injured his ankle at mid-season. Kendall was having a career year when he went down; had he stayed healthy and played the second half instead of the supremely lackluster Keith Osik/Joe Oliver platoon, there’s a very good chance that the Pirates would’ve finished .500 and the club never would have panicked and dealt a young Jose Guillen away for Oliver and Humberto Cota. Talk about a double whammy.

In the Pirates’ 18 losing seasons since 1992, they have taken a winning record out of June just twice. Here is a breakdown of the months in which the Pirates dropped below .500 for good:

The odds that this team will still have a decent record when the Penguins are eliminated are awfully slim, especially if the Penguins can advance past the first round.

The Pirates have not helped things this week; they haven’t won a game since last Friday’s 14-inning thriller against the Rockies, and their anemic offensive performances against the Brewers the last two nights have dredged up sour memories of 2010. They didn’t play poorly against the Rockies, but losses are losses, and with the Penguins in the playoffs, fans have a convenient reason to start ignoring the Bucs again.

This is particularly frustrating for me; when the Pirates got off to a promising start last week, I was trying to temper expectations. Six games are only six games, whether the Pirates win four or lose five. All of the reasons the Pirates seemed exciting after their first six still apply after their second six, even if this home-stand was a tough one to watch. Andrew McCutchen, Jose Tabata, Neil Walker and Pedro Alvarez are still young, pitchers Charlie Morton and James McDonald are still intriguing and talented, and for once, there are still promising players with high ceilings in the minor league system. 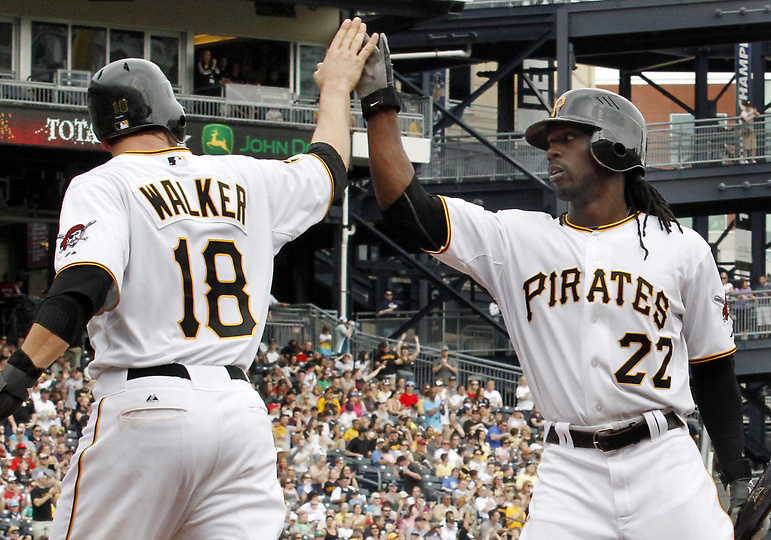 In some ways, the Pirates’ start has been more encouraging than I expected prior to the season, even if their 5-7 record isn’t great. As spring training wound down, it seemed like their pitching staff was going to be an unmitigated disaster. Instead, Paul Maholm has started strongly, Charlie Morton has shown signs of finally fulfilling his talent and James McDonald seems to be rounding into form despite the occasional rust left over after his spring layoff.

It’s frustrating to watch the offense struggle, but it’s pretty unlikely that the season will end with Andrew McCutchen batting .220, Lyle Overbay slugging below .400 and Pedro Alvarez sitting on a goose egg for a home run total. The nice start for the pitching staff could regress just as easily as the hitters could take a step forward, but I’m happy to see some encouraging results from what seemed to be the club’s biggest preseason weakness.

In the end, though, the Pirates didn’t do enough with their 10-day audition in front of the city’s sports fans. Unfortunately for them, the only way to get noticed now may be to keep their heads above water until the Penguins’ playoff run is over—whenever that may be. Recent history suggests that won’t be easy.