Attacking the Laws of Science 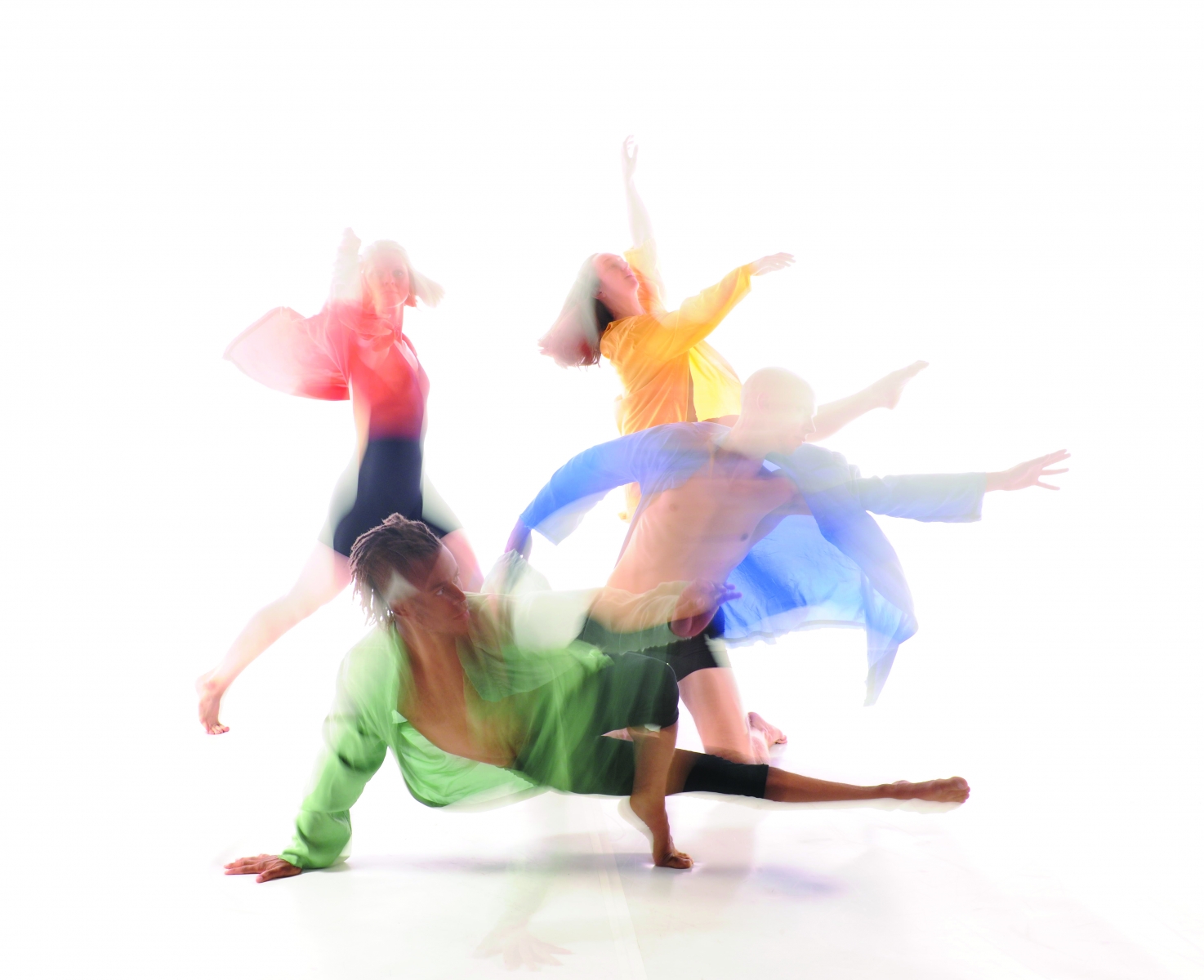 Attack Theatre is spinning its wheels and going around in circles as it builds momentum for “Laws of Attraction,” a world-premiere contemporary dance production that has performers zipping and gliding on hoverboards through rehearsals in its studio in the Strip District.

“Have you ever noticed how language [of relationships] incorporates the principles of physical science? We say, ‘I feel the magnetism between us,’ or ‘We’re not on the same wavelength,’” says Michele de la Reza. She and her husband, co-artistic director Peter Kope, in collaboration with the company’s five dancers, crafted a 75-minute, episodic production based on select scientific principles. It’s set to an eclectic score and steeped in Attack Theatre’s signature physicality, storytelling and emotionality.

“Everything we do as dancers is grounded in the laws of physical science,” says Kope, citing former repertory work “The Embrace”(1996), a duet employing weight and counterbalance in which dancers rotate on an 18-inch disk. The duo, who established Attack Theatre in 1994, recalls a post-performance compliment that the choreography was a beautiful expression of “the conservation of angular momentum.”

“That’s not in our vocabulary. We just said, ‘Thank you,’” de la Reza says with a laugh. She adds, “We are constantly reminded of it (“The Embrace”) as we create new work for the hoverboards — the dancer is required to master momentum and effortlessly move but without using the legs for locomotion.”

Dancers on the troupe’s seven hoverboards, equipped with tilt/speed sensors and rotating gyroscopes, underscore science in motion as upper-body expression meets balance and subtle weight shifts to achieve partnering and lifts along with falls and rolls.

Last spring, while the co-directors were teaching dance at Winchester Thurston School in Shadyside, an elementary school science teacher invited them into her classroom. The educator had attended Attack Theatre’s all-school performance and was enthralled by the choreography’s weight bearing and sharing — an ideal form of physicality to illustrate bridge construction to second-and third-graders.

The in-school experiments with force, weight and counter-balance on bathroom scales generated creative energy among the co-directors and company member Ashley Williams, a medical researcher at Stanford University. Williams suggested the theme “Laws of Attraction,” and the ball started rolling.

During the project’s research phase, Kope devoured physics textbooks but says, “We are not trained scientists. My barber says, ‘I don’t make choreography, and Peter, you shouldn’t cut your own hair.’”

Subsequently, the co-directors mined acquaintances to recruit 10 science professionals whose fields range from engineering to robotics.

Each panelist contributed concepts, some of which were developed into choreography: For example, the attract-and-repel exerted by magnets translated into a segment “in which four dancers are both pulled in and pushed away from a solo dancer,” explains de la Reza.

Panelist Joseph Samosky, director of the Simulation and Medical Technology Research and Development Center at the University of Pittsburgh, is married to Williams. He says he is intrigued by the relationship between thinking and physical embodiment.

“When we move and make and interact with physical things, whether a dance or an engineering prototype, we use parts of our brains that are different from the parts that are involved with language and numbers: We actually think differently,” says the assistant professor of bioengineering, who encourages physical prototyping in his classroom.

“Movement and physical making expand our thoughts and capabilities as human beings.”

​Kope also is using his mind and hands as he enjoys a one-year membership to TechShop PGH, a prototyping studio in Bakery Square where waterjet cutters, 3-D printers and industrial sewing machines are accessible for experimentation. In pursuit of innovative props for the production, he says he has the opportunity to test ideas there before taking them back to the studio.

The internationally traveled company, with its ongoing commitment to cultural, social and environmental awareness, invited the public into the production’s creative process. Now it hopes audiences feel connected to the work. Says Kope, “Experience creates environment, and environment creates experience.”