Attack Theatre's Dirty Ball is Like Halloween in April 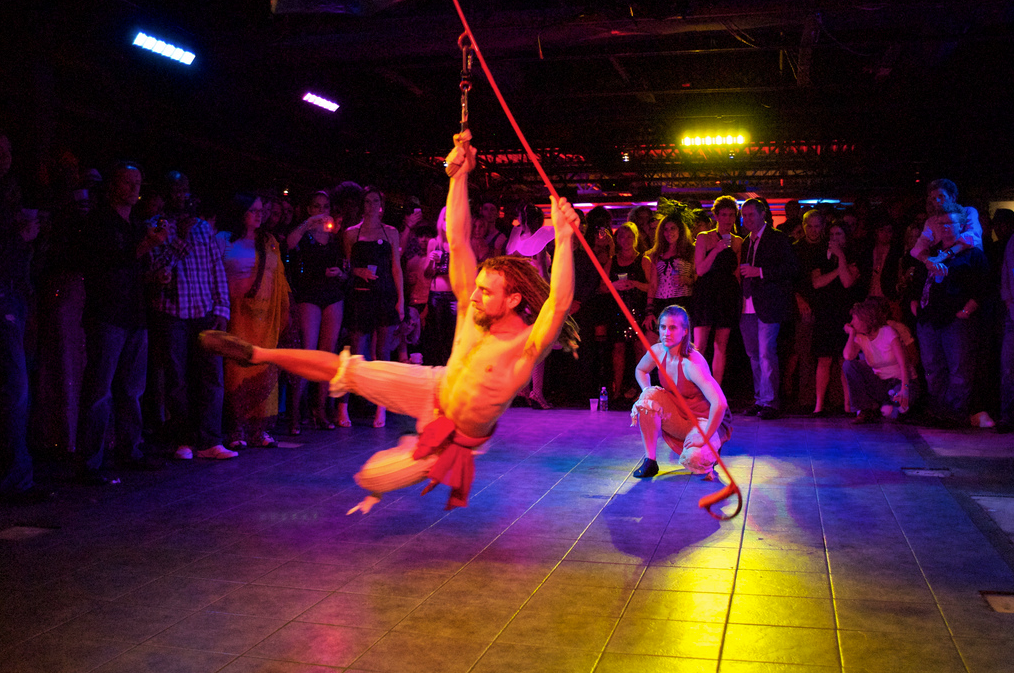 Get dirty
On Saturday, arts aficionados and artists alike become “ballers” for a night of gritty extravagance at Attack Theatre’s Dirty Ball. Celebrating the eighth anniversary of this annual fest, expect good eats, liquid treats and stimulating beats from TITLETOWN Soul & Funk Party and PANDEMIC. Dress to impress or dress to regress (to another identity, that is). Think springtime Halloween with masks and crazy get-ups. Plus, marvel at performances by Attack troupe members while you party the night away.

Not enough? Become a “Dirty Donor” to join the crew in the Velvet Lounge for a more private setup with a separate bar, restrooms and service. Donors can also attend a VIP pre-party reception at 6:30 p.m. for more exclusive elegance with wine, fare and performances — but this package also includes general admission to the party and the lounge. Who could say no?

Loving yourself with Sandra Bernhard
Legendary comedian Sandra Bernhard says her new one-woman show, I Love Being Me, Don’t You?, “Takes on some of her usual subjects: fame, excess, desire, need”. But the name on the marquee is the true draw — one of Comedy Central’s famed “100 Greatest Standups of All Time,” Bernhard is part comic, part musician, part vaudevillian and thoroughly entertaining. TV audiences will recognize her from recurring roles on “The Sopranos,” “Ally McBeal” and “Roseanne” (where she portrayed Nancy Bartlett, the first openly gay character to appear on a network sitcom). See why the New York Times recently called her “a living, breathing bonfire” Saturday night at the Byham Theater.

A field guide to Pittsburgh's music open mic nights
Here at After Dark, we’re happy to admit our cultural shortcomings. And so it’s time to reckon with the fact that we don’t exactly know where to turn for awesome showcases of up-and-coming ’Burgh musicians; we can locate a mic stand and an acoustic guitar if we have to, but we’re not experts. So we found one. Musician and producer MALFNKTION spent a few months recording performances at local venues, and now he’s posting the results to YouTube. We’ll take in a few sets and chat with the artist about his favorite haunts in this week’s edition of After Dark!

In theaters: Planning an elaborate kidnapping scheme? It’d certainly help if you had a friend who looked like The Rock. Dwayne Johnson and Mark Wahlberg play Robin Hood in Michael Bay’s Pain and Gain, in theaters this weekend. On other screens, catch the ensemble marriage comedy The Big Wedding, with Robert De Niro, Amanda Seyfried and many more; see the Vietnam war through the story of an unlikely girl group with the soul-soaked The Sapphires; or check out Richland Township singer Jackie Evancho in Robert Redford’s political thriller The Company You Keep. —S.C.