At Jergel's, It's Beers and Grub Near Some Rock and Roll

The Warrendale venue makes seeing a show feel like an easygoing night out. 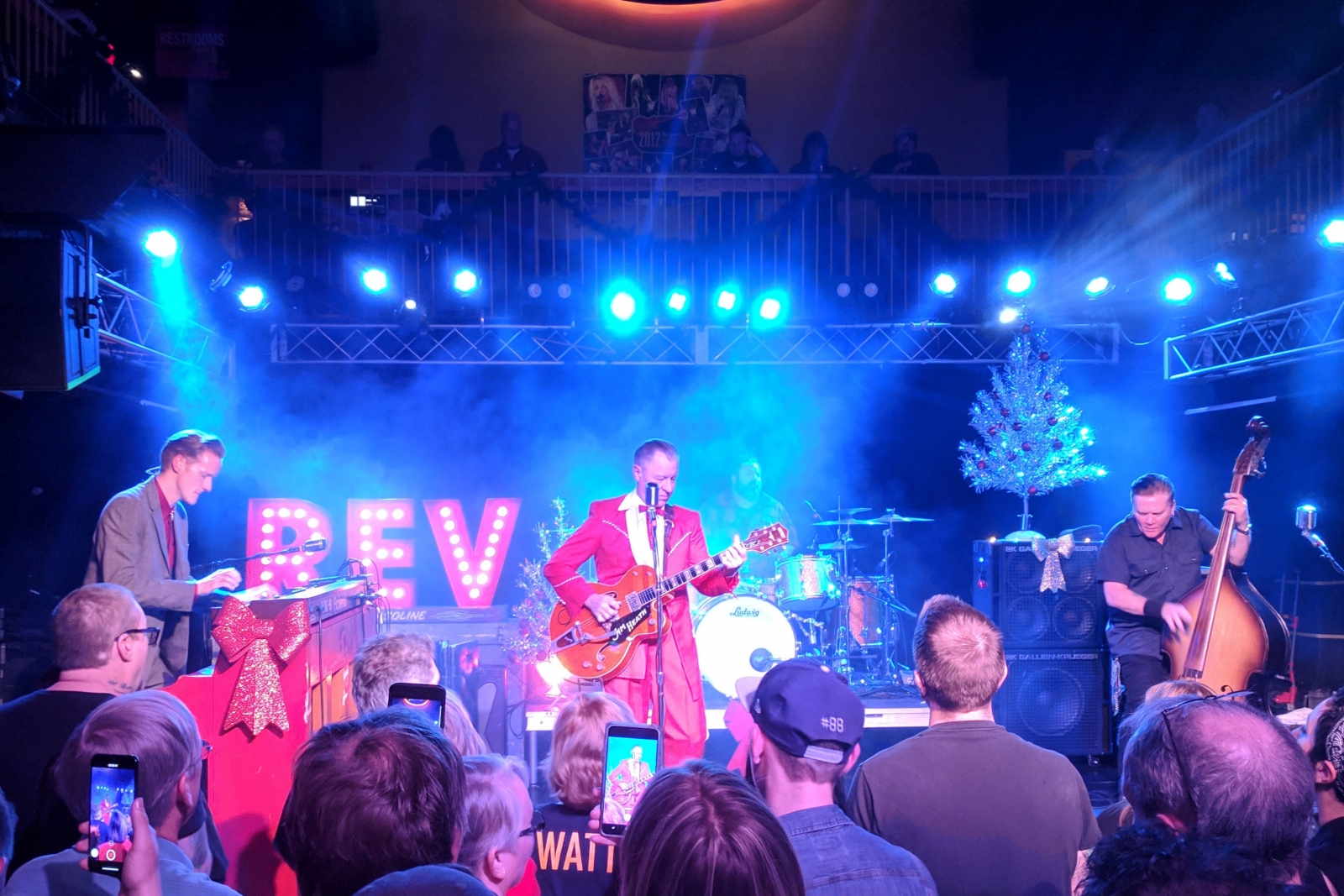 I’m more than a little bit in love with Jergel's Rhythm Grille, the bar, restaurant and concert venue nestled into an assuming piece of Warrendale. I somehow went years without stopping by for a show, then was lured north by the promise of a solo gig from Twisted Sister frontman Dee Snider.

That’s an essential element of Jergel’s charm: You take the Parkway North for a while, walk into a sports bar and watch a band that once rocked stadiums (or at least amphitheatres). It’s uncanny. There are a hundred places similar to Jergel’s in the North Hills; only one of them will play host to ’90s alt-radio favorites Crash Test Dummies anytime soon.

A peek at the upcoming music lineup reveals that Jergel’s specialty is … well, nostalgia. I’m not knocking that at all, to be clear; I’m often more inclined to leave the house to hear a hit from my teenage years than an up-and-comer. (Because I’m preternaturally old, you see.) If you’ve had a distinct cultural moment, Jergel’s will host you for a show, no matter the genre or era — there are sold-out shows upcoming from both Steve Earle and Ja Rule.

There’s room on the schedule for high-profile local acts, as well, and tribute bands fill plenty of off nights. Keep a close eye on the schedule for periodic appearances by still-vital oddball acts, too; Southern Culture on the Skids and the Reverend Horton Heat have both made recent stops in Warrendale.

The uniting factor in this bizarre lineup is fun. Throwback favorites are fun; local heroes are fun. Tribute bands — the good ones, at least — are fun. Icons of weird alternative are fun. Yes, this is a serious music venue, and a good one; the sound is clear without being overpowering, and you’re never more than 20 yards from the stage, with lots of good sightlines. But the stock-in-trade at Jergel’s will always be good times, first and foremost.

The kind of shows that you’d want to watch over nachos, in other words.

Jergel’s has a full bar and restaurant with a solid draft list and some surprising wine selections (we tried, of all things, a red from Dave Matthews’ Dreaming Tree Wines, and found it surprisingly flavorful and drinkable). Focus on bar-food staples and you’ll do well (the nachos kept me full for 24 hours), though the menu probably reaches a little too far here and there.

The best way to approach a show at Jergel’s is to come early and hungry. Arrive around the time that doors open — which is always clearly posted on the venue website — and get a table. It’s first-come, first-serve seating, but there’s plenty available. You’ll be able to watch the show entirely from your table, with entrees arriving around the time of the opening band (expect fairly languid service before a show); either stay seated for extra rounds and snacks or head to the floor for the headliner. Jergel’s doesn’t push the capacity, so there will be plenty of room for everyone.

The big distinction: Going to Jergel’s doesn’t feel like going to a concert, with all the rigamarole that entails. It feels like going out for a relaxed dinner. Albeit one featuring, say, modern-rock chart-toppers Eve 6.

I am very, very interested in Eve 6 and buffalo chicken dip separately, so I’m very pleased at the opportunity to combine them.

This article appears in the December 2018 issue of After Dark.
Categories: After Dark