Asking an Expert: What Is Power?

"Power is like being a lady ... If you have to tell people you are, you aren’t." Margaret Thatcher

As we began to assess who wields influence today in Pittsburgh, we confronted the question: What is power? PM Editor Cindi Lash spoke with David Krackhardt, professor of organizations at the Heinz School of Public Policy and Management and the Tepper School of Business at CMU. An internationally recognized expert who focuses on power in the context of organizations, Krackhardt also has held faculty positions at Cornell University Graduate School of Management, the University of Chicago Graduate School of Business, INSEAD business school in France and the Harvard Business School. 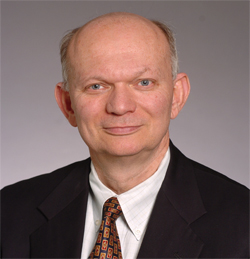 How do you define power?
What we teach people is that power is the ability to find and mobilize scarce resources in an organization in order to be able to get things done. The tricky part is recognizing where those resources are. Many times, those resources are other people. Powerful people recognize and understand who can do other things, and they especially can influence people to do other things. … That’s why it’s a critical component of leadership.

Some people view power as a desirable asset, while to others it’s a negative trait. Is power inherently good or bad?
Over the years, we’ve seen a lot of mayors in cities around the world who have been quite powerful and quite corrupt. Power is like any resource — like fire, it can be destructive. [Effective leaders] manage it so that it doesn’t have deleterious effects on the organization. It isn’t a question of being a nice guy. It’s a question of respect. George Patton was not a nice guy, but boy, did they respect him. People would move mountains for him.

Once you acquire power, how do you keep it?
It’s a delicate balancing act. Big power brokers often run into that trap: You’ve won on your success and you start feeling arrogant about it. When that happens, people start losing their power. When Margaret Thatcher was working her way up in the Tory party, she was very well aware of how people would respond and what she needed to do to get the backing of various factions. In her third term, she started not listening to anybody and isolating herself in 10 Downing St. That’s when her cabinet turned against her.

How would you advise Pittsburgh’s power brokers to wield their influence to be effective leaders?
It’s easier to come up with great ideas and much more difficult to implement them. My wish for Pittsburgh would be two things: that our leaders have the skills and access to advisers and information to be far-sighted to see what would be really good for the city and region; and that they have the power to implement it.

This article appears in the September 2015 issue of Pittsburgh Magazine.
Categories: Community Feature