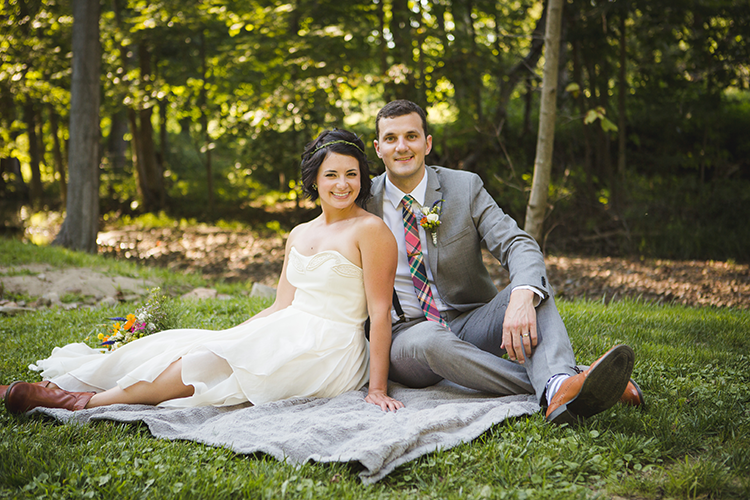 On a February evening in 2012, Ashley McBride joined a group of friends at Redbeard’s Bar & Grill in Mount Washington. Most of her companions that night were couples, and she was about to call it a night. Then a friend introduced her to Mark Bezilla.

The two runners and outdoors enthusiasts started chatting about a Tough Mudder competition in which Ashley planned to compete. Mark said he’d like to participate, too.

“You know that’s in May, and it’s February, right?” she asked him.

It was not a premature promise. The two saw each other nearly every day after that night, and at the finish line at the Tough Mudder, they exchanged their first “I love you” — covered in mud. 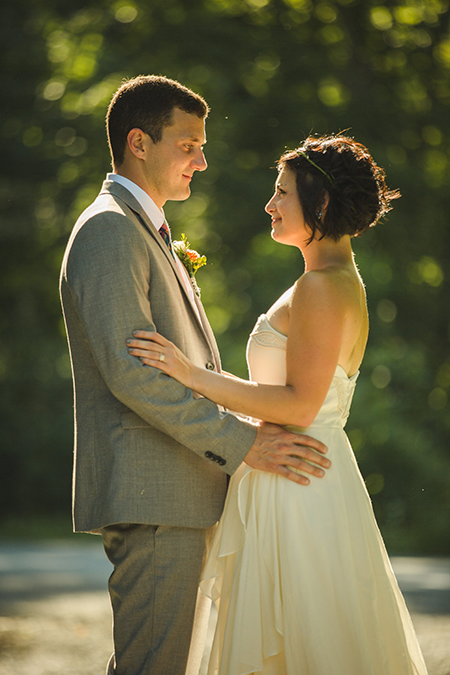 A year later, Mark, 30, an assistant vice president at the PNC Foundation and PNC Charitable Trusts, proposed on the morning of the Dick’s Sporting Goods Pittsburgh Marathon. The couple shared the news with their families around mile 5 by holding up a sign that read: “We’re engaged!”

“His mom was recording with her iPad because it was my first marathon, so the whole thing is caught on camera,” says Ashley, 27, an assistant buyer at Dick’s Sporting Goods. “There was a lot of screaming. It made those 26 miles less boring.”

Ashley and Mark married at 4:12 p.m. — a time chosen as a Pittsburgh reference — on the farm of Ashley’s family in New Galilee.

It was a largely DIY affair. Ashley and Mark stood under an archway they made for the ceremony, and they used antique vases for centerpieces. Rather than using a hired car for transportation from the ceremony to spots chosen for photographs, members of the wedding party hopped into the back of the father of the bride’s pickup truck. The couple incorporated corn hole and other games for guests to play during the festivities.

Ashley and Mark also honored Mark’s grandmother, who is Japanese, by exchanging cups of sake — a custom in Japanese culture. 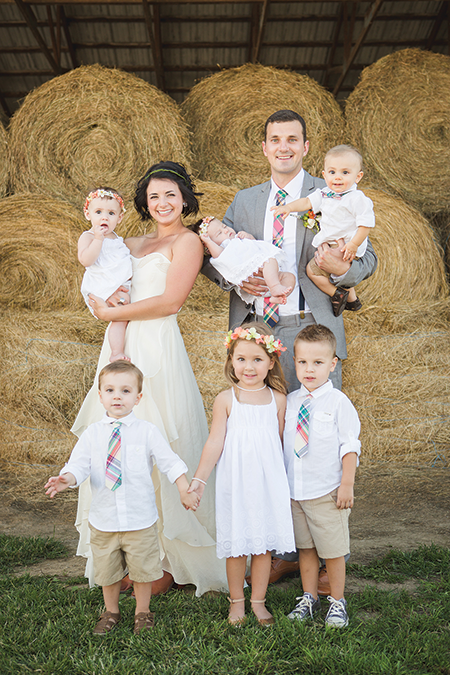 The bridal party consisted largely of family members: Mark’s brothers, Ashley’s brother-in-law and Mark’s “brother” from the Big Brothers Big Sisters program made up the groomsmen, while Ashley’s sister and a few friends attended her. Six nieces and nephews completed the party.

The entire day was “fun and comfortable,” Ashley says. “We’ve had so many compliments about it, and it’s always from guys saying it was the only time they had fun at a wedding. It wasn’t stuffy or anything. It was just relaxed.” 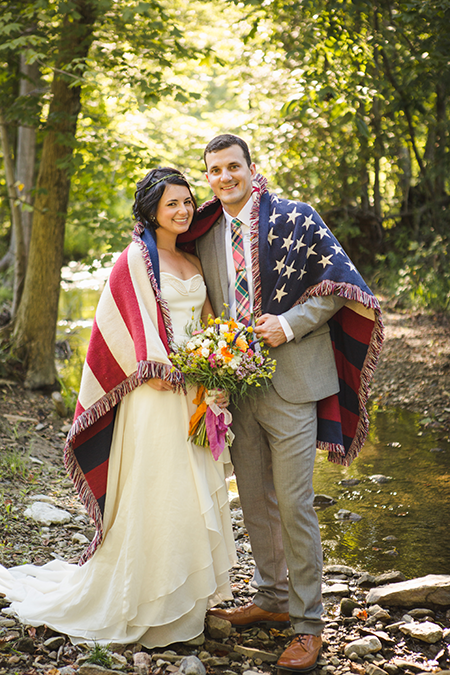