Ascend to Bring Rock Climbing to the South Hills

The new space for the popular rock climbing gym will provide more space, which means taller walls to climb. 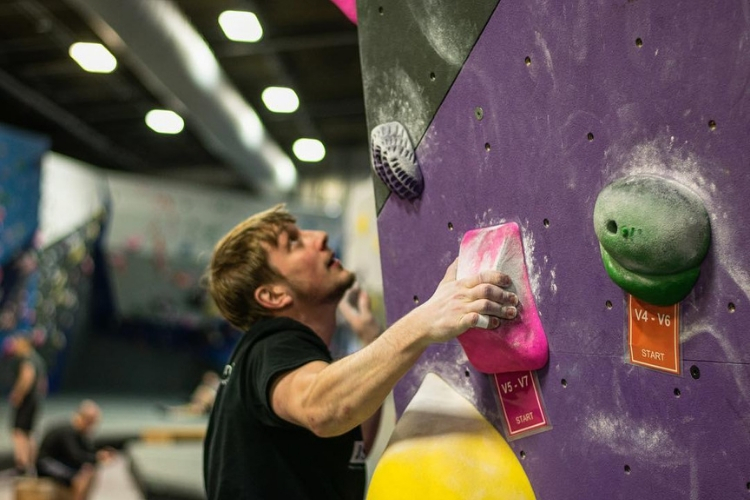 Pittsburghers looking to challenge their fear of heights are running out of excuses.

The popular South Side rock climbing gym ASCEND announced plans on its social media to open a facility in South Fayette — and this time it will be even bigger.

Ascend: Bridgeville will be larger than South Side’s 27,000-square-foot space, says Ascend director of marketing Paul Guarino. The extra space will provide room for taller walls for rope and lead climbing, which Guarino says will be “much taller” than South Side’s tallest wall of 25 feet.

More space also allows for more bouldering areas for parties, groups and competitions. For the uninitiated, bouldering refers to climbing lower-to-the-ground walls without any rope. Large cushy mats sit on the ground to break any falls.

The Ascend team had been looking for a space for an expansion for about a year now, says Guarino, and the Newbury Market space “ticked all the boxes” of being close enough to the city, right off a major highway and close to one of the larger suburbs of Pittsburgh.

Ascend: Bridgeville is “coming in 2020,” according to the video. But Guarino says that’s just a target date, nothing is set in stone as of now. “Or, not set in molded plastic anyway.”

“We truly believe that Pittsburgh can support multiple facilities,” he says. “We’re excited for the future