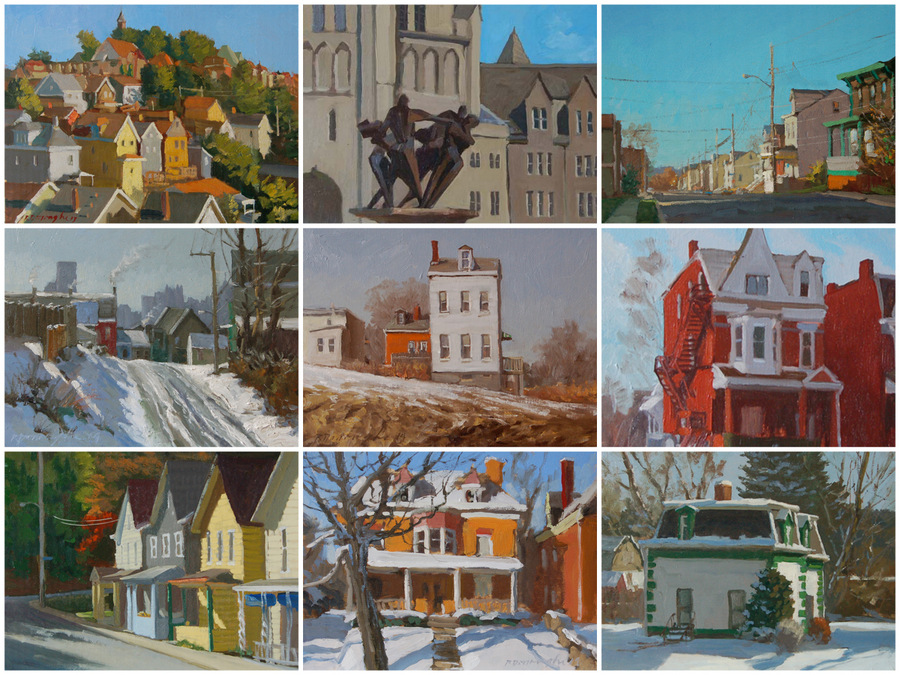 Few Pittsburghers can say they’ve visited all 90 neighborhoods (though if anyone has done it, our bet is on McFeely). Even if you have, Ron Donoughe is about to one-up you: The local painter hopes to finish painting all of them by July, a year after he started the ambitious project.

Donoughe says he’s completed paintings of about 65 neighborhoods so far.

“I’m doing it alphabetically,” he says. “My next one is Oakwood.”

He’s posted many of these on his blog, often alongside photographs of neighborhood residents and their stories. 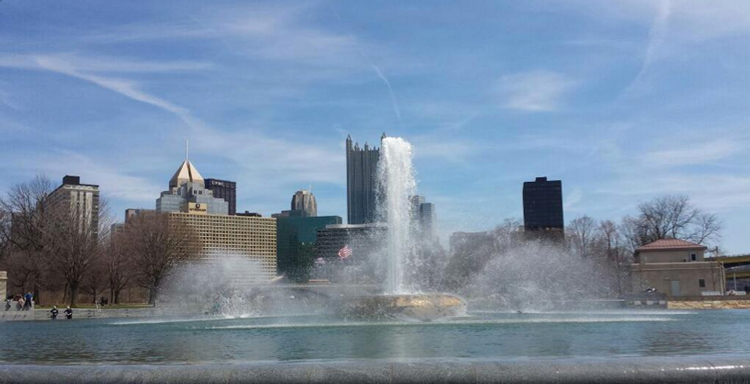 Most everyone knows the story of Moses, the ancient prophet who led Hebrew slaves to freedom from Egypt. The tale has become a symbol of deliverance from oppression to Jews and goyim alike.

So it is appropriate that recent refugees from oppression will be guests of honor at a local celebration of Passover, a Jewish holiday that commemorates this Exodus from slavery. Rodef Shalom Congregation in Oakland and Jewish Family and Children’s Services are inviting members of the area’s growing community of Bhutanese refugees to join them for seder dinner April 14, the first night of the holiday.

At the event, a Sudanese man will describe some of his experiences. Rabbi Sharyn Henry of Rodef Shalom says she invited the man to speak because it would make the story behind the holiday more real to 21st-century Americans, who may not be able to imagine what the ancient Israelites endured.

“The reason we do a Passover seder is for Jews to feel like we ourselves escaped from the land of Egypt,” Henry says. “Having him tell his story will make it that much more real.”

According to the Pittsburgh Post-Gazette, City Councilman Dan Gilman reportedly wants the city’s auctions to go digital through GovDeals, a website that operates much like an eBay for government surplus, with the company collecting a commission on sales.

Gilman said he believes this will expand the market for the city’s surplus property, raising revenue.

Whether or not using GovDeals is the best move for the city, it almost certainly is the world’s greatest website for online shopping. Along with machinery and scrap metal, it also boasts a variety of jewelry and a section for “gambling equipment.”