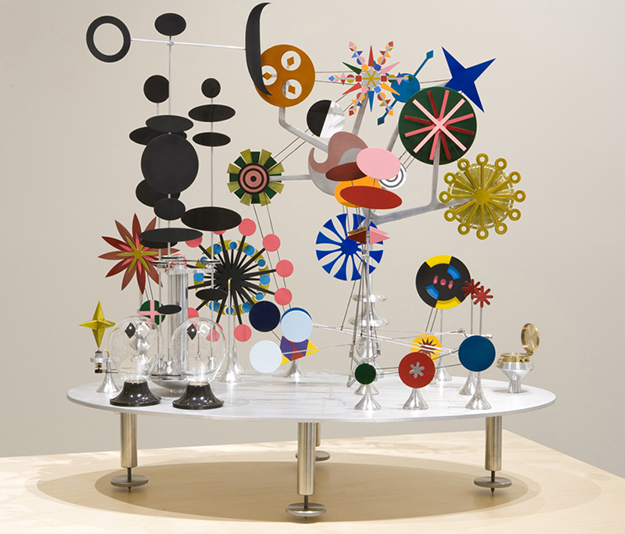 Photo courtesy of The Warhol

If you’re a fan of the bizarrely compelling reality series “Storage Wars”, you are aware that there can be unexpected things hiding in our nation’s many storage lockers. Untold valuables, priceless heirlooms and confusing keepsakes abound; apparently, there are stories to be told in these unlikely places. Perhaps coincidentally, and perhaps not, the bulk of the Warhol’s new exhibit Factory Direct: Pittsburgh is not held at the North Side museum, but in a Guardian Self-Storage facility in the Strip District.

For the exhibit — which runs through September 9 — the Warhol brought 14 artists from around the world to our fair city, and installed them at a wide range of factories and companies around the area. Part acknowledgement of Pittsburgh’s (fading) industrial heritage and part experiment on the intersection of art and business, the results vary widely. Some of these artists were inspired toward portraiture, some to installations, some to film. Some to things that can’t be described (at least by an utter art novice like myself.)

Chakaia Booker spent time with the CMU Robotics Institute, and has built a shuddering, otherworldly robot of her own in one corner of the exhibition space. Photographer Tomoko Sawada, who normally splits her time between New York City and Kobe, Japan, recalls Warhol’s Soup Cans with a series of photos on the changing labels of Heinz Ketchup around the world. Thorsten Brinkmann, a German artist who works extensively in found objects, has turned a bit of the floor plan into a captivating factory-scape, with help from Construction Junction; it feels utterly normal when you first see it, and seems to grow more and more odd as you stare.

All of these works are housed in a vast, open room atop the Guardian Self-Storage building. Far from a bleak warehouse, it is such a natural spot for an exhibition that it’s a miracle no one discovered it before. Polish Hill rolls above, seen through picture windows. The cavernous, wood-panelled space seems to invite interpretation and creativity. And when you pass down a hallway into the storage area, searching for a quartet of exhibits housed in actual storage lockers, it feels like a bizarro-world treasure hunt.

The exhibition is open Tuesday-Sunday from 10 a.m. to 4 p.m. My suggestion? Go late in the afternoon and spend a few hours letting these works wash over you. Think about the industrial heritage that made Pittsburgh what it is, and the unique and beautiful ways these artists have reckoned with that history. Get in your car, drive through Lawrenceville and grab a brew and a sandwich at Neid’s, like a real factory worker might. And as you sip your Iron, think about how good we are at finding new ways to look at Pittsburgh.