Arepas Arrive in the ‘Burgh

... Along with City Dining Cards! (Read on to get them FREE!) 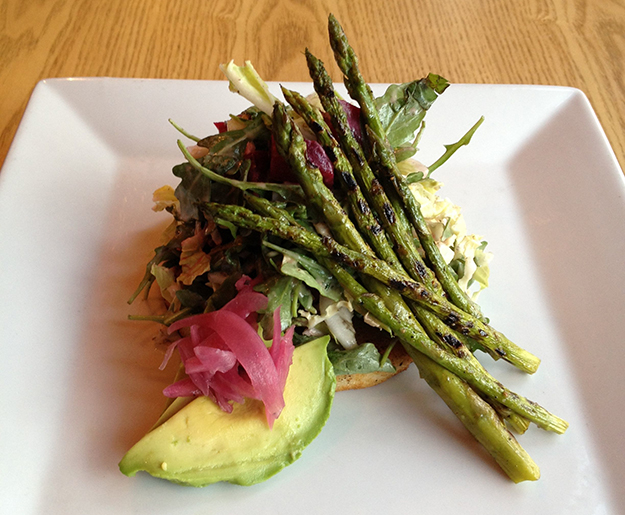 I remember the first time I had arepas. Not quite the best kind or necessarily the most “authentic” but it was nonetheless satisfying in a decadently junky sort of way. It was my first summer in New York, where streets regularly close for the season’s rotation of “street fairs.” Requisite in these pop up flea market of sorts is the arepa stand. Hot and freshly fried, these cornmeal cakes are crunchy on the outside and creamy on the inside.

I haven’t had the chance to enjoy arepas here in Pittsburgh. That is, until now. Alma Pan Latin Kitchen in Regent Square has just included an elevated and dressed up version of this street food on their menu. I added it to the ever growing mega-list of things I need to try.

That’s what I love about Pittsburgh right now. “The List” just keeps on growing and I’m trying hard to keep up. It’s a good problem to have. We’re seeing a spate of new and interesting restaurants – and not just ones fit for that “Diners, Drive-Ins and Dives” show – but ones that offer deliciously global menus.

And now things just got even better! City Dining Cards have launched in our fair city! For $20, you get a deck that will give you $10 off your bill at 50 locally owned Pittsburgh restaurants. The other good part? Five percent of all proceeds are donated to the Greater Pittsburgh Community Food Bank. That’s right. You’re supporting local business and supporting the Food Bank at the same time. And you get your money back after using just two cards! 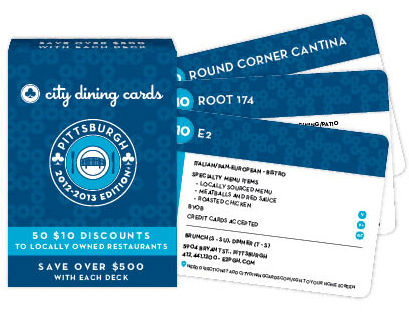 City Dining Cards is officially launching next week at Round Corner Cantina.

But just for YOU, I am giving away TWO sets of CITY DINING CARDS.  All you have to do is leave a comment below on which of the restaurants included in the deck you’ve always wanted to try (or which one is your favorite).

Dear Reader, come on dowwwwwwnnnn (to the comments section)!!!

Comments made until Wednesday, October 24, will be included in the drawing. Winner will be announced in next week’s post!

In the meantime, you can make Alma Pan Latin Kitchen’s Arepas.

1. Place the water, salt and pepper in a large stainless steel bowl.

2. While stirring with a wire whisk, slowly add the cornmeal to the water ensuring there are no lumps.  Once combined, allow to stand for a few minutes.

3. Once firm, roll out the dough and use a round cutter to cut into patties.  Cook patties in a skillet on medium heat, flipping on both sides.

1. Slice roasted beets, radish, and napa cabbage and place in a small bowl.

3. Toss salad in a lime-vinaigrette dressing.