Proposal photography is increasingly popular, but can these shoots replace classic engagement pictures? An expert photographer weighs in on the pros and cons. 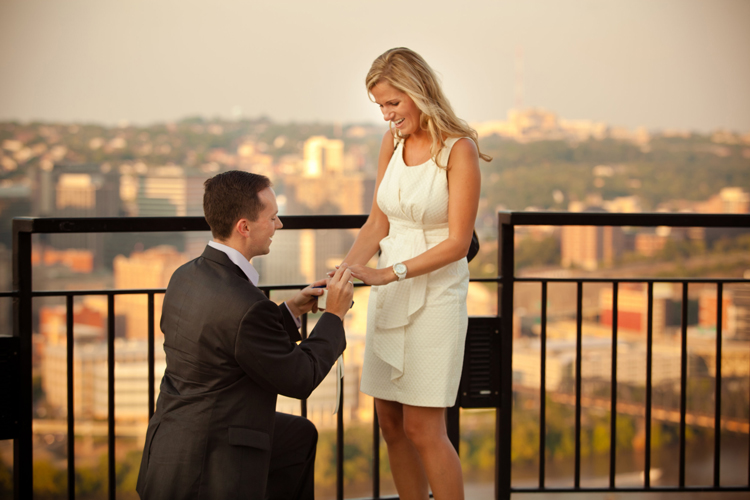 It’s no secret that proposals are becoming more and more elaborate. Many people are hiring professional photographers — or even videographers — to capture that magical moment when they pop the question.

The only problem? Hiring a professional photographer makes for an added cost right at the beginning of the already-expensive wedding process, and most couples already are paying for engagement sessions in addition to their wedding-day packages.

What’s the solution? Some couples are starting to use their proposal photos as their engagement pictures, putting shots of the big question on save-the-dates and invitations. We asked Jessica Ann Ferguson of Ann Louise Photography about her experience with his new trend in the wedding world.

“What we realized is that the actual proposal isn’t very long,” Ferguson says. “That’s maybe a five- or 10-minute event, and then we give them time to regroup, and then we can do a mini shoot with them afterwards.” 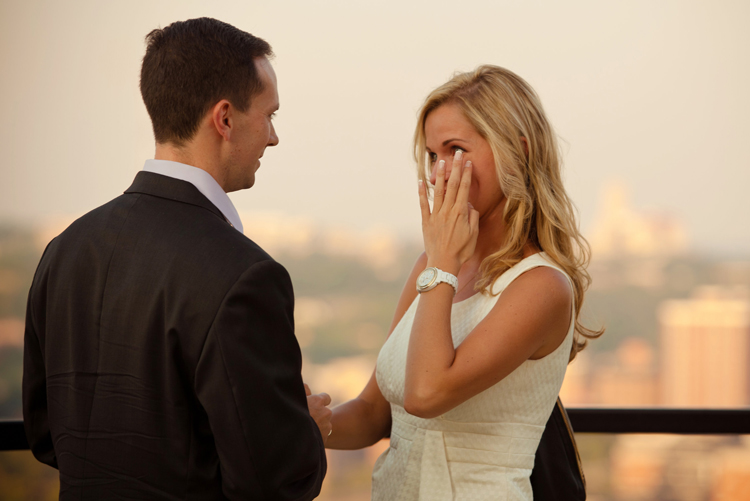 Ferguson says the cost for this kind of arrangement is no different from a more traditional engagement shoot because the time commitment for the photographers is about the same. Although couples end up with larger galleries after typical engagement sessions, proposal photography requires a photographers to come early and plan how to capture the moment without being seen.

Ferguson and Jill Louise Cosey, the other half of Ann Louise Photography, recently shot a proposal and mini engagement session on Mt. Washington.

“What’s cool about that is oftentimes the bride- or groom-to-be have never met us before, so we kind of blend in with the crowd,” Ferguson says. “We got the whole proposal and then came over and introduced ourselves, and then we did a really tiny engagement session right after.”

Ferguson says the only downside is that the surprised recipient of the proposal doesn’t get to plan the engagement shoot. A traditional engagement shoot with Ann Louise Photography includes three wardrobe changes, but a bride likely doesn’t have extra outfits on hand when she’s taken by surprise. 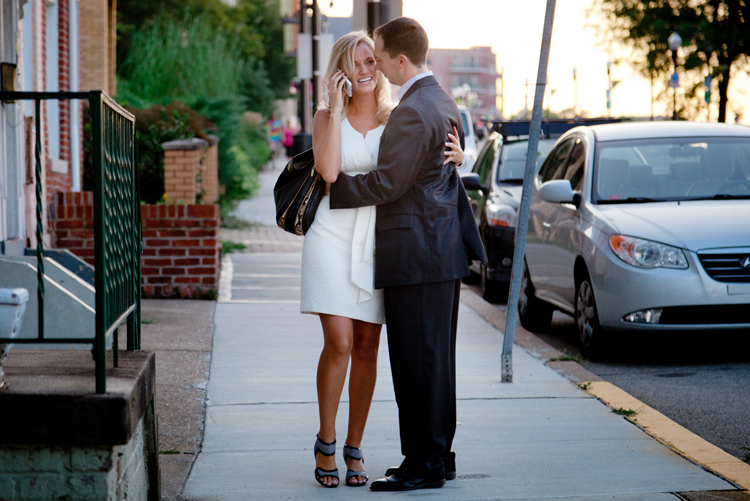 “Her outfit may not be exactly what she wanted, she may be coming from work, her nails may not have been perfectly manicured that day, or the place that her boyfriend has chosen to propose may not be where she’s ultimately envisioned to have portraits taken,” Ferguson explains.

She also points out that an excited, newly engaged couple might have other priorities — such as calling friends and family with their news —  and may not be in the mood to model. “I think that all depends on the couple,” she says. “We’ve had other guys who have said, ‘No, I know my girlfriend. She would love a full shoot with you right after.’”

Ferguson and Cosey prefer to customize the experience for the couple, taking more or fewer shots based on their cues.

Overall, Ferguson says she thinks proposal shoots are a great idea. “I think more men should do it,” she says. “I think proposal photography is starting to pick up, but I don’t think it’s wildly popular yet.”

Should proposal pictures be followed up by a more typical engagement session, Ferguson says that depends on the couple’s personality. “I don’t think there are ever any cons to having your memories captured,” she says. “We believe pictures are your memories.” 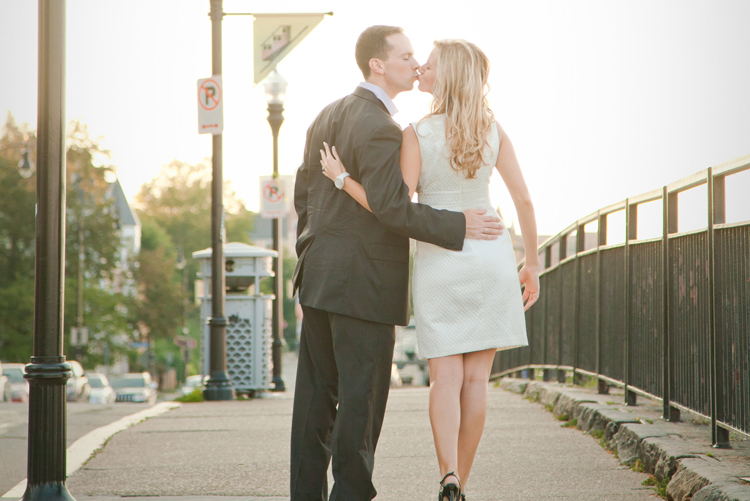