The downtown comedy venue has side-splitting events scheduled through Saturday. 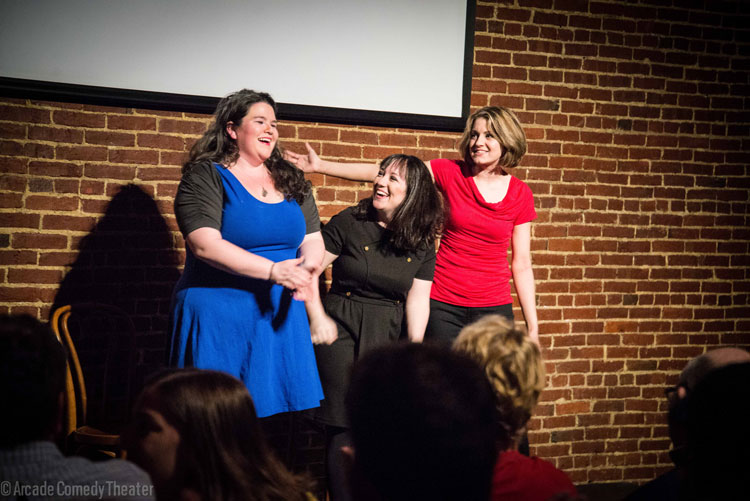 Secondhand Sketch and The Big Deal also will perform tonight, followed by Spinster Comedy and Cleveland’s Friends with Cats. Frankly Scarlett, the Justin & Jerome Experience and The Cut Scenes will headline the 10 p.m. shows Friday and Saturday. The festival includes 8 and 10 p.m. shows tonight through Saturday. Weekend passes are $30 (or $10 per show), but you can snag individual show tickets for $5 with a valid student ID. Those who are unfamiliar with the theater’s offerings should know they’re in good hands: Arcade won the title “Best Comedy Venue” from our readers in 2014’s Best of the ’Burgh poll.
(811 Liberty Ave., downtown. Tickets and info here.)
—Cristina Holtzer

IT’S TIME TO PICK A BREAKFAST BAR
On a hot tip from a Lyft driver, After Dark realized that we’ve never really truly wrangled with the concept of a breakfast bar. We’re not talking about a brunch spot where you can get mimosas and Pimm’s Cups, mind you; those have been well-represented in our digital and physical pages. No, we’re looking for a place for beer and eggs, among other things. Our friendly Lyft driver told us there was only one place to go. So this week, South Side stalwart Nadine’s Bar gets put through the Bar Exam. Irish up that coffee! Read the results in this week’s edition of After Dark!

Welcome to the 21st century: You now can attend the regional qualifier for a national DJing competition. Red Bull Thre3style hits the Rex Theater on Saturday. —Sean Collier

The Warhol and Music on the Edge present violinist Jessica Meyer and guitarist Seth Josel this Saturday. Tickets and info here. —S.C.