Aquatic Playpen is Coming to the Shores of the Ohio River

The planned 2-acre lagoon along the Ohio riverfront will feature turquoise waters in the summer and be transformed into an ice rink in the winter. 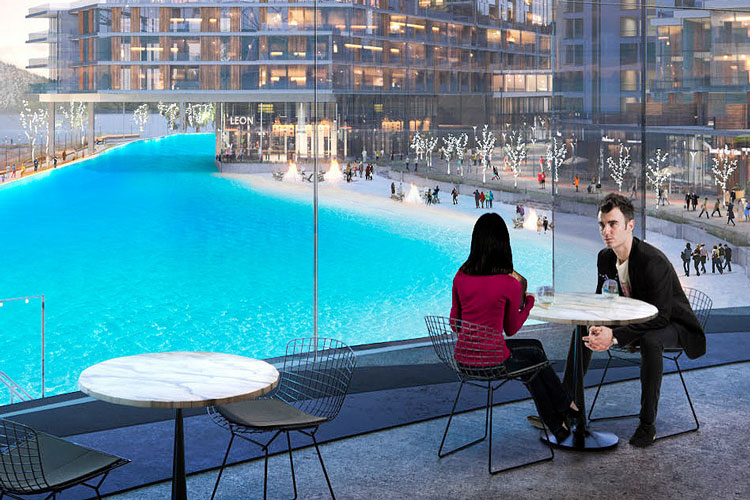 Watch out Pittsburghers, another first for the Steel City is making waves — and ice circles — on the North Side. Millcraft Investments and Crystal Lagoons have announced a plan for a two-acre “urban lagoon” that will double as an ice skating rink when the temperatures drop.

Lucas Piatt, Millcraft’s president and chief operating officer, told the Pittsburgh Post-Gazette he considers the lagoon a “core amenity” that hopefully will attract Pittsburgh residents and visitors as a kind of “first-day attraction” for those coming to the area.

During the summer months, the lagoon will feature a sandy beach where visitors can relax along turquoise waters to be used for swimming, kayaking and paddleboarding. In the winter, the lagoon will transform into an ice-skating rink. There also will be year-round thermal baths.

The aquatic playpen is the first of its kind to operate in a cold, northeast climate, and Millcraft is doing it with the environment in mind. According to a company press release, the lagoon will use 100 times fewer chemicals and 50 times less energy than a traditional swimming pool.The estimated cost for the 12-foot-deep lagoon is $6 million, Piatt told the PG. 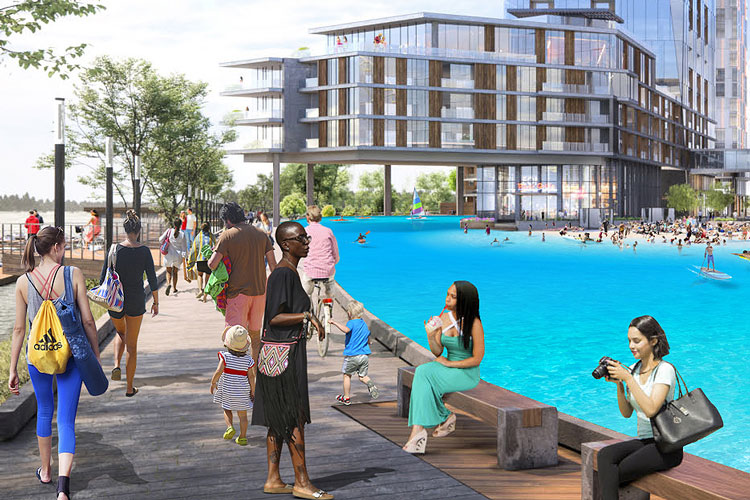 The lagoon is only one part of Esplanade, Millcraft’s planned mixed-use development along the Ohio riverfront in the Chateau neighborhood featuring housing, shopping, a ferris wheel with LED lighting and a hotel.

Piatt estimates the project will break ground in about 18 months. It’s unknown how long construction will last.

Chelsea Peluso, community and public relations manager for Millcraft, says the lagoon will be located along Beaver Avenue — roughly one mile downriver from the Point — where the J. Allan Steel site once stood, Though the lagoon borders the Ohio River, Peluso says design plans will be above the 100-year floodplain — a system designed to keep flooded channels contained.

According to the Post-Gazette, the Urban Redevelopment Authority owns both the former steel site as well as the nearby former Eles Concrete Facility, which has “authorized exclusive negotiations with Millcraft.” Peluso says they’re currently working through the entitlement process to finalize development plans. Admission prices to the lagoon are still in the works.