Apollo 11 Capsule That Went to the Moon Landing in Pittsburgh

A new exhibit at the Heinz History Center will feature mission artifacts, an interactive 3-D tour — and the role Pittsburgh played in landing men on the moon. 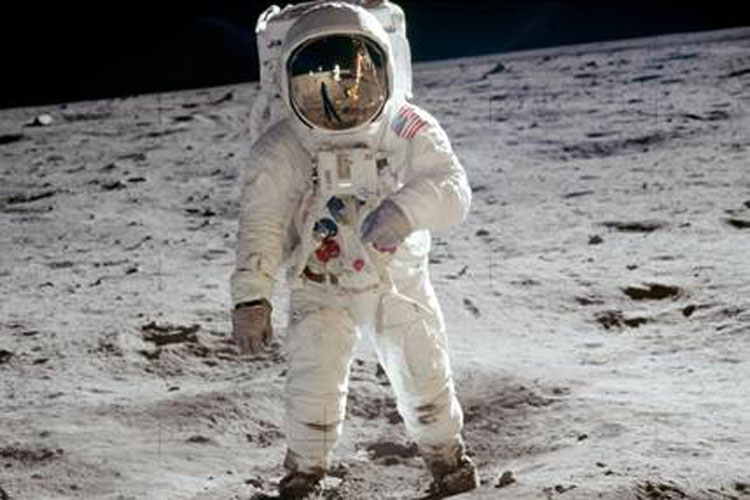 The same tiny capsule that carried the crew of Apollo 11 nearly a million miles to the moon and back is on the move again, arriving in Pittsburgh in late September.

Pittsburghers will get to relive the historic mission at the Senator John Heinz History Center’s upcoming exhibition, Destination Moon: The Apollo 11 Mission.

Created by The Smithsonian National Air and Space Museum and the Smithsonian Institution Traveling Exhibition Service, the exhibit honors the upcoming 50th anniversary of the first moon landing. It will be at the Heinz History Center Sept. 29 through Feb. 18.

Destination Moon invites visitors to explore the tense Space Race between the former Soviet Union and the United States, as well as the Apollo 11 mission that took Neil Armstrong, Buzz Aldrin and Michael Collins to the moon in 1969. 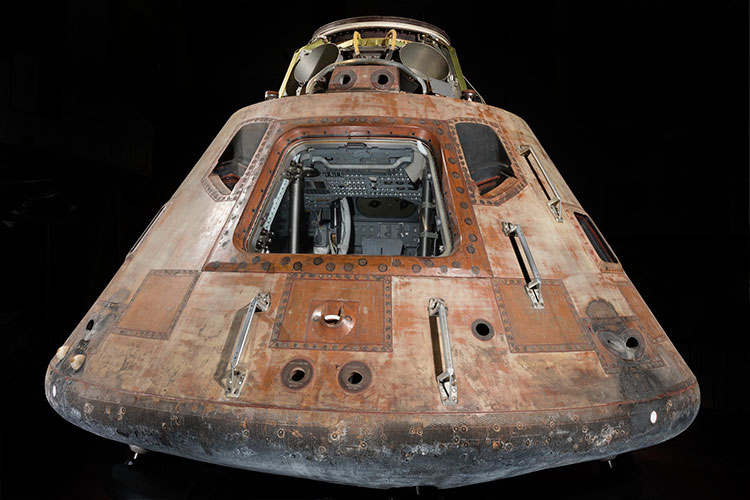 It features around 20 mission-related objects, including Columbia, the command module and living quarters for the Apollo 11’s three-person crew and the only portion of the spacecraft to return to Earth. The charred exterior of the capsule (pictured) is evidence of the 5,000 degree temperatures it endured during re-entry into the earth's atmosphere.

Museumgoers will be able to experience the inside of the module through an interactive 3-D tour and view archival video content accompanying the collection. Destination Moon also showcases how Pittsburgh innovators and companies such as Westinghouse and the American Bridge Company played a role in the success of the Apollo space program.

The Heinz History Center is an affiliate of the Smithsonian Institution and one of just four museums to host the traveling exhibition. Destination Moon originally launched in October 2017 at Space Center Houston in Houston, Texas and currently is on view at the Saint Louis Science Center in St. Louis, Missouri until Sept. 3.

After its stint at the Heinz History Center, it will move on to the the Museum of Flight in Seattle, Washington before returning to a new, permanent gallery at the Smithsonian National Air and Space Museum in Washington, DC next September.

Advance tickets for the exhibit will be available online starting at 9 a.m. Aug. 1. The showcase is included with regular museum admission. The cost is $18 for adults; $15 for seniors and active duty and retired military; $9 for students and children ages 6-17; and free for children 5 and younger and for history center members.